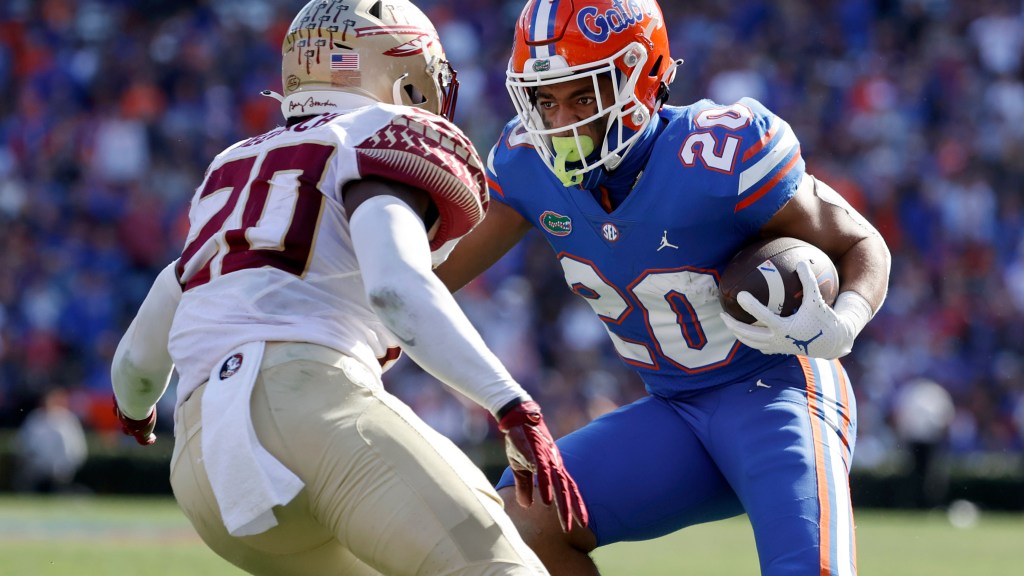 Florida ended what has been a disappointing season on a high note on Saturday. The team secured bowl eligibility with a 24-21 win over rival Florida State, who entered the contest with a lot of momentum, winning five of its last seven after an 0-4 start to the season.

Even with an interim coach at the helm in Greg Knox, the Gators continued their winning streak against the Seminoles, which is now at three games. Meanwhile, FSU misses a bowl game after its strong second half of the season.

With that win, Florida saw a rise in the CBS Sports college football rankings after dropping for the last several weeks, moving up eight spots to No. 64.

That ranks behind the winner of the Mid-American Conference’s West division, Northern Illinois, as well as Maryland and Liberty. It ranks just one spot ahead of Jim McElwain’s Central Michigan team.

UF has already replaced former coach Dan Mullen with Louisiana’s Billy Napier, but the current staff under Knox will coach Florida’s bowl game even though Napier officially takes over as head coach on Sunday after his Ragin’ Cajuns play Appalachian State in the Sun Belt Championship.

A frustrating season for the Gators is almost at an end, but they will first have the chance to earn a bowl victory.