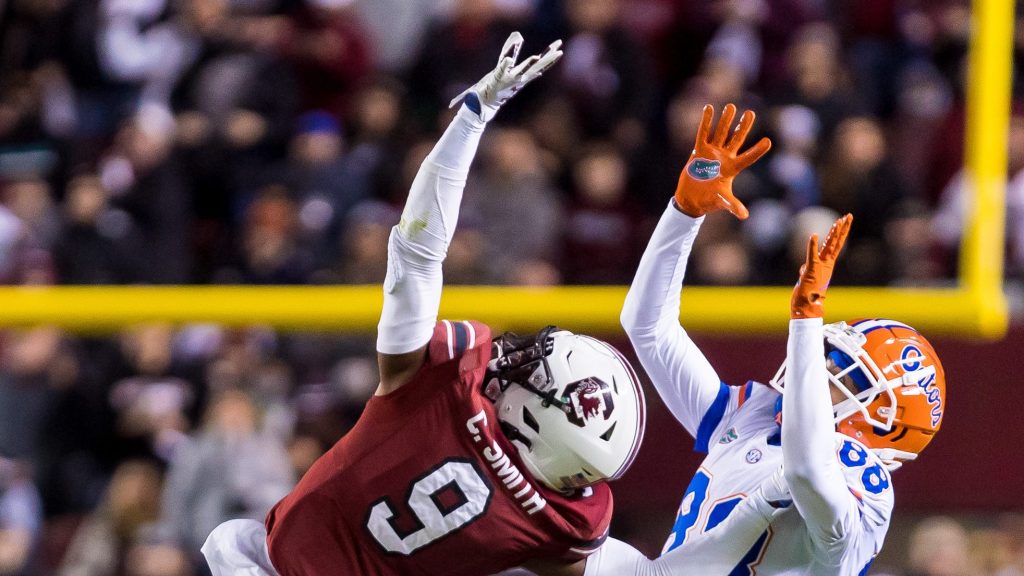 An ugly loss to South Carolina on Saturday dropped Florida down 27 spots to No. 64 in the latest CBS Sports college football rankings.

Florida hasn’t been ranked in the Coaches Poll or AP Poll in over a month, and the Gators were nowhere to be seen on the season’s first College Football Playoff ranking. With Florida being unranked, CBS Sports’ rankings help give an idea of which direction the program is going in the bigger picture. Unsurprisingly, a 27-spot drop wins the award for the biggest move of the week in either direction.

The Gators are now the tenth highest-ranked team in the SEC, according to CBS Sports. Only South Carolina (No. 68), Missouri (No. 87) and Vanderbilt (No. 119) are below Florida. The rest of the conference is considered a good deal better than the Gators with LSU being 16 spots higher at No. 48 and Mississippi State at No. 40.

Kentucky fell 14 spots and behind Tennessee at No. 35 after losing at home to the Volunteers. Arkansas is one spot outside the top 25, and the rest of the SEC is ranked.

Florida St., the Gators’ final opponent of the season, is currently ranked at No. 85. The Seminoles face No. 42 Miami this weekend.