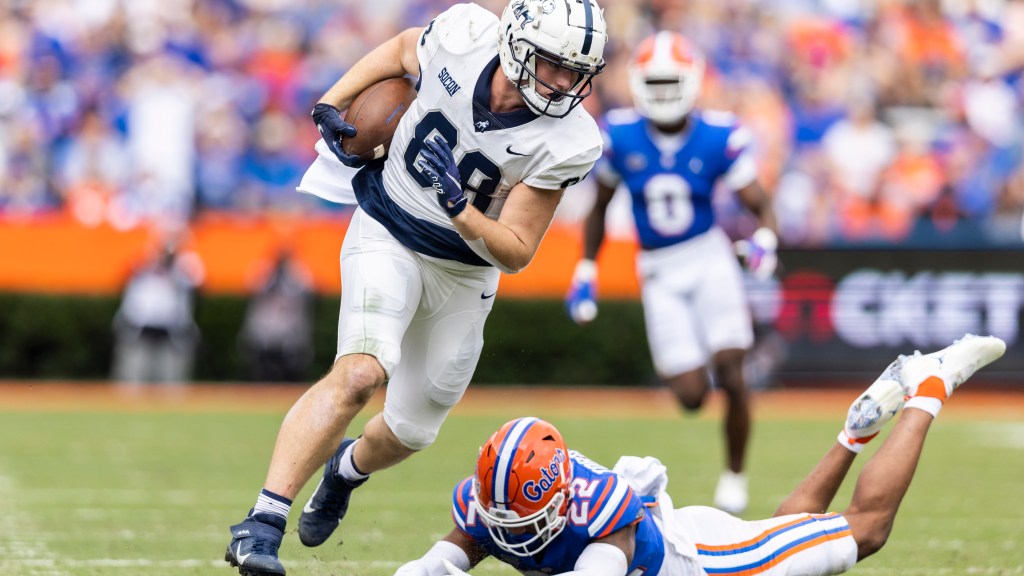 Florida has only won one game in the last month, and that required a comeback to beat a 4-5 FCS team in Samford 70-52 on Saturday. With the Gators hitting the road to take on a Missouri team that just beat South Carolina (who in turn beat UF 40-17 two weeks ago), things only get tougher.

Missouri has the SEC’s best running back in Tyler Badie, and given the effort this team has given on defense over the last few weeks, especially against the run, it could be a long day for interim defensive coordinator Christian Robinson.

While coach Dan Mullen could very well need a win in this game to save his job, it won’t come easy. And CBS Sports’ Barrett Sallee doesn’t think the Gators will be able to pull this one out. Not only does he expect the Tigers to cover an 8.5-point spread, he thinks they’ll win outright.

Florida is an 8.5-point favorite this weekend, which feels like 14 points too many. The Gators defense got torched by Samford last week, and Missouri running back Tyler Badie is going to flirt with 200 rushing yards this weekend. Yes, Florida’s offense shined last week with Emory Jones at the helm, which suggests that this one will be a shootout. Home-standing Missouri will have no issue punching it in on the ground and play keep away in the fourth quarter to spring the upset. Pick: Missouri (+8.5)

If there is any hope for this team, as Sallee mentioned, it’s the play of Jones. He had his best game in a Florida uniform on Saturday, setting the program record for all-purpose yards in a game. But expecting him to have a similar performance against a defense that has actually been solid this year, especially against the pass, is probably unrealistic.

This certainly looks like a Florida team that has given up, at least to some degree. Pulling out a road win to avoid the first 2-6 finish in SEC play in program history is about all it can hope for at this point in the season.


The history of Florida football’s weird series with Missouri


Scouting the Missouri Tigers ahead of Saturday’s must-win game