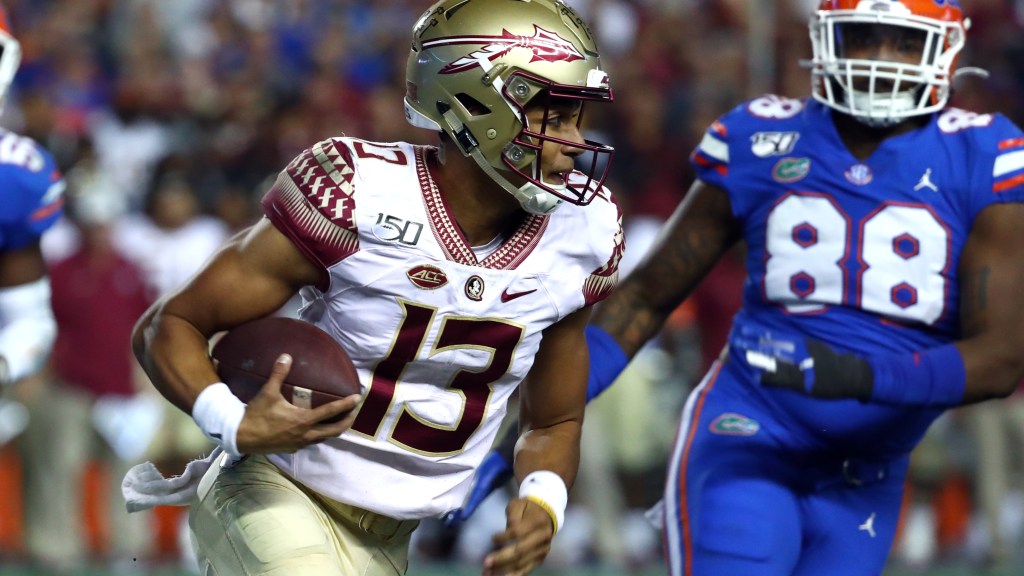 The Gators need a victory on Saturday to finish at .500, and doing so will not come easy. Though Florida State also sits at 5-6 and has lost its last two games against Florida (and a matchup against FCS Jacksonville State earlier this season), the Seminoles have played much better football in recent weeks.

They sit at 5-2 since that loss, and they seem to be trending in the opposite direction as the Gators, who are 2-10 in their last 12 games against Power Five competition. It’s understandable that CBS Sports’ Barrett Sallee doesn’t have much confidence UF can pull this off with an interim head coach in Greg Knox.

He picked Florida State to cover a 2.5-point spread (and win straight-up for that matter).

The Gators’ disastrous season will come to a merciful end at home when they are upset by the rival Seminoles. Florida State has won two straight games and averaged over 5.5 yards per play in the process. Florida’s defense is wildly inconsistent, and the entire roster looks wrecked from all of the drama surrounding ex-coach Dan Mullen. This has moneyline sprinkle written all over it. Pick: Florida State (+2.5)

This will certainly be a tough matchup for Florida’s defense against an FSU offense that has gotten a lot better. The Seminoles aren’t great defensively, and the Gators should be able to find some offensive success in this one. But will it be enough without the normal offensive and defensive play-callers?

Only time will tell, but Florida will try to keep its season alive with a win over an improving FSU team.