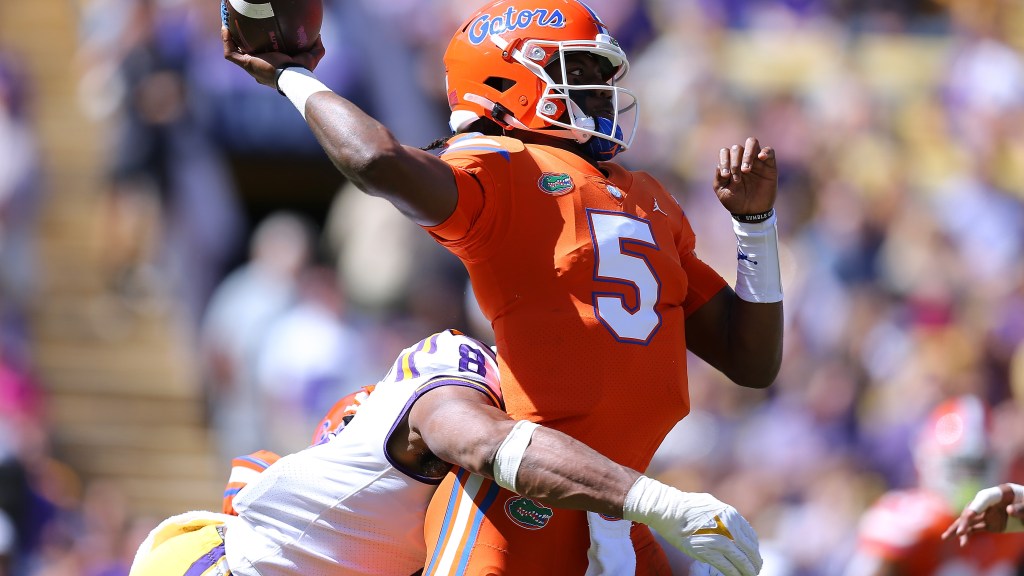 It’s hard to contextualize how bad Florida’s loss to LSU was on Saturday. The Gators were facing a Tigers team that was depleted by injuries and led by a head coach who had seemingly lost the locker room. Orgeron knew he wouldn’t be returning to the sideline in 2022 before he even put on a headset to coach against UF, and he still led LSU to a win over the struggling Gators.

Florida now sits at 4-3 on the season heading into the bye, and with the next game on the schedule being against the best team in the country right now in the Georgia Bulldogs, there’s not much reason to expect things to improve considerably any time soon.

After losing on Saturday, UF saw the biggest drop of any team in the CBS Sports college football power rankings from Chip Patterson. He had the team at No. 17 entering the game, but after suffering a loss as double-digit favorites, he dropped the Gators 16 spots to No. 33.

Like Arkansas, that 4-3 record is going to be tough to get over for some voters when many teams in that range between No. 20 and No. 30 have just one or two losses. Losing at LSU as a double-digit favorite was bound to get the Gators dropped in the rankings, no matter their position or record. Now the path back into a top-20 ranking likely requires winning out, which includes a victory against Georgia in Jacksonville, Florida, on Oct. 30.

The odds of UF winning out are slim, and it’s more than likely going to finish the regular season 8-4, at best. That won’t cut it at Florida, and coach Dan Mullen will likely enter the 2022 season under quite a bit of pressure to turn things around.

For the time being though, the Gators will try to find a way to pull of the upset in Jacksonville in two weeks to get back into the NY6 conversation.