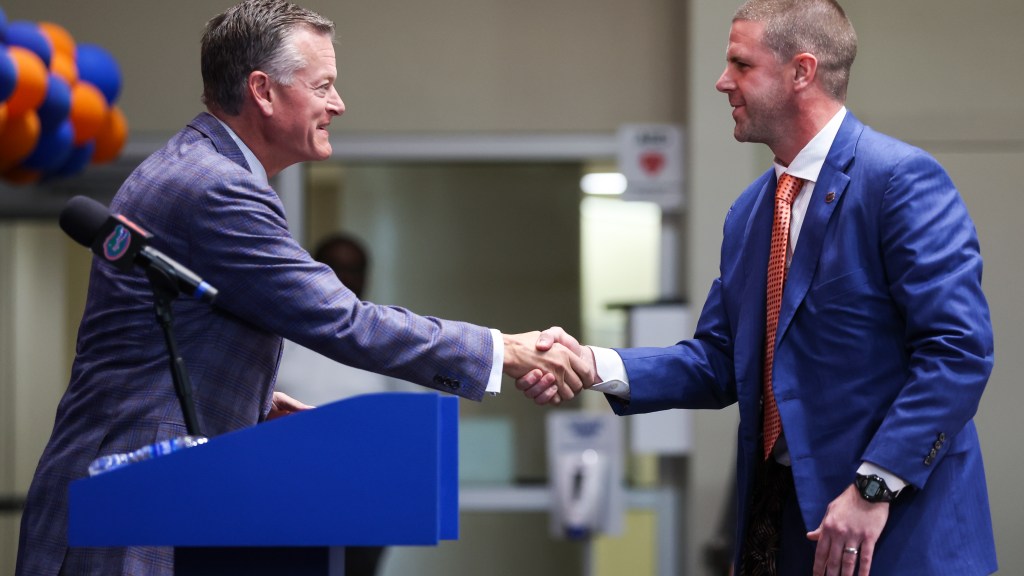 Since Urban Meyer stepped down for health-related reasons following the 2010 season, Florida has cycled through four different head coaches. None of the three previous coaches lasted more than four seasons, and each of them guided the team to a losing season. The Gators hope they’ve broken that cycle of mediocrity this time with the hiring of Billy Napier, who built a very successful Group of Five program at Louisiana and comes from the Nick Saban tree.

He hasn’t coached a game yet, but the early returns have already been solid. He is in the process of building an “army” of a staff that will rival even those of Alabama and Georgia, and on early signing day, he added three new blue-chip prospects including safety Kamari Wilson, the first five-star recruit from IMG Academy in Bradenton to sign with the Gators.

It will take time for Napier to build, but for now, there’s a lot of hype surrounding the program. It’s being bolstered by the national media, which has been almost universally supportive of the hire. That extends to CBS Sports’ Dennis Dodd, who gave the hire an “A” grade.

Napier is the right guy and the right place at the right time. After the consecutive, at-times wacky regimes of Jim McElwain and Dan Mullen, Florida needed normal. Napier is normal. His next move after Louisiana had to be the SEC. Florida is one of the league’s premier programs. “The pieces of the puzzle are here. We’ve got to put the pieces together,” Napier said. With Georgia ruling the division — and maybe the nation after Monday — the pieces better come together fast. The Gators and AD Scott Stricklin are making a huge investment to surround Napier with top talent.

It will certainly be tough to compete in the SEC against two programs that are playing each other on Monday night for a national title, but that’s exactly what UF hired Napier to do. He’s an excellent recruiter, and he’s been preparing himself for a job of this caliber his whole career.

Grading hires who haven’t coached a game yet is always tricky, but every indication so far is that the Gators got the guy they needed this time around. Athletic Director Scott Stricklin pegged Napier as the main candidate early on, and he went and got his guy.

Florida will just hope the national media hype surrounding the move proves to be justified.