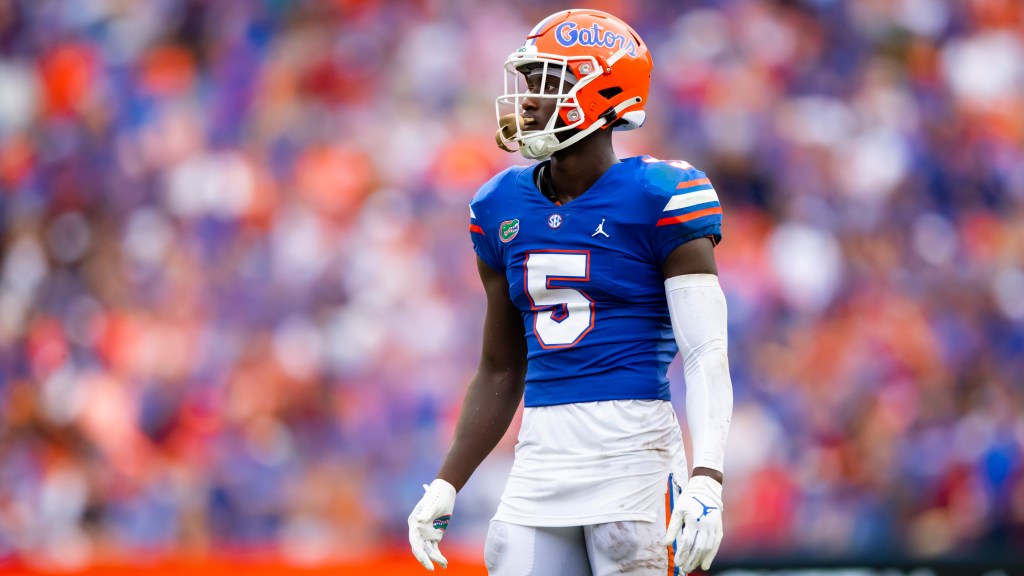 Gators cornerback Kaiir Elam did what many expected before the 2021 season even started on Monday, as the junior announced in a video posted to his Twitter account that he will be forgoing his senior season to enter the 2022 NFL draft, in which he has been widely regarded as a potential first-round pick.

“So my family and I have this discussion, this decision to make for next year,” Elam said in the video. “We feel like it’s essential for me to forgo my senior season and start preparing for the NFL combine and draft. I’ll forever be a Gator, I’ll forever be grateful for all the fans and all the real people who stood with us through the ups and downs. Being able to come back to the Swamp was something I’ll cherish for the rest of my life, and being a Gator is something I’ll cherish for the rest of my life. I’m forever grateful and forever thankful. Thank you. Cinco out.”

The nephew of former Gators star Matt Elam, Kaiir was a top-50 recruit coming out of The Benjamin School in North Palm Beach. A native of Riviera Beach, he saw early playing time as a true freshman, appearing in all 13 games and starting five of them as a result of injuries to C.J. Henderson.

Elam has started in all 22 games he’s appeared in since his freshman season, totaling 78 tackles, 20 pass breakups and five interceptions over the course of his career. According to Pro Football Focus, he allowed a fantastic career completion percentage of just 46.5%.

He missed three games in 2021 due to injury, which may have impacted his draft status slightly, but he’s still considered a likely first-round pick and one of the top cornerback prospects in the class. He will look to follow Henderson’s lead and become the second UF defensive back to go in the first round in the last three years.