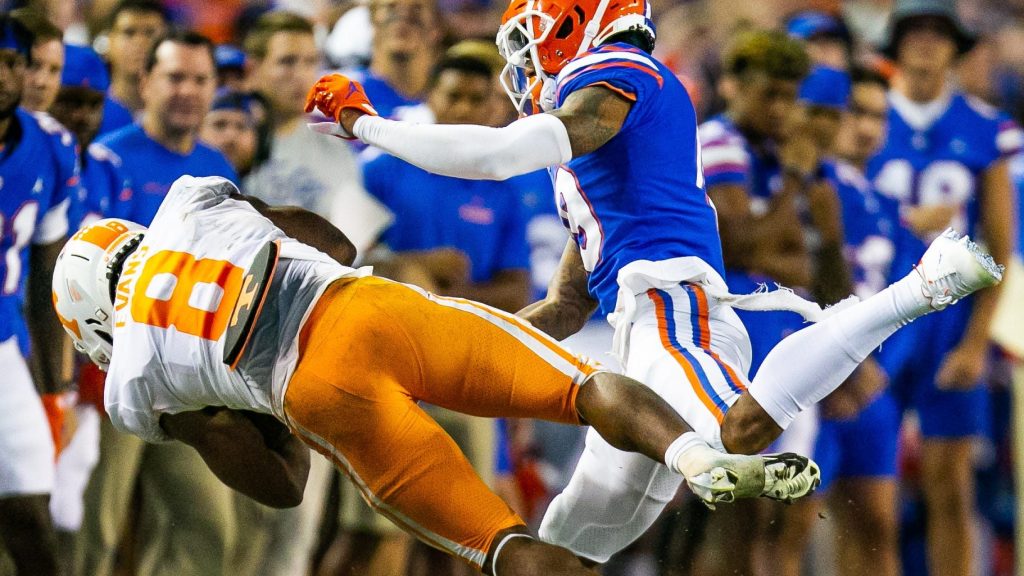 We are in the thick of the college football transfer portal season as players seek greener pastures from their current teams. For some, the sport’s de facto free agency system offers a route to a higher profile school after outgrowing current competition, while for others it opens up opportunities for those who saw limited playing time.

Florida football has been in the thick of the portal action, having lost leading receiver Jacob Copeland to the Maryland Terrapins and Mohamoud Diabate to the Utah Utes, as well Khris Bogle to the Michigan State Spartans and Gerald Mincey to the Tennessee Volunteers. Now, former transfer cornerback Elijah Blades will also be departing the program according to a source familiar with Yahoo Sports reporter Pete Thamel and confirmed by On3, reportedly moving on to the Buffalo Bulls for 2022.

Source: Florida defensive back Elijah Blades plans to transfer to Buffalo. He started at Texas A&M in 2019 for UB coach Mo Linguist when he was an assistant at A&M.

Blades has had quite a trip through the college football ranks since leaving the prep scene. A 247Sports four-star cornerback in the 2017 recruiting class, Florida became his first of a few commitments on June 22, 2016, beating out a host of other teams led by the Nebraska Cornhuskers. After an official visit to Lincoln in late January the following year, however, he flipped to the Huskers, signing his letter of intent on Feb. 1.

Things did not work out there and Blades never played a down for Nebraska.

Instead, Blades hustled out a season at the JUCO level with Arizona Western College, where he rebuilt his stock well enough to receive some offers from some major programs in 2018, including the Alabama Crimson Tide as well as another poke of interest from Florida. The 6-foot-2-inch, 185-pound corner ultimately latched on with the Texas A&M Aggies, where he spent a year as a starter in the defensive backfield during the 2019 campaign. He did not see any action in 2020, however.

Clearly dissatisfied with College Station, Blades hit the transfer portal, and it was a case of “third time is the charm” for the Gators as they won out the sweepstakes for his talents in 2021. However, the honeymoon in Gainesville came to an abrupt ending early on as he was dismissed from the team after three games, appearing in just two registering a pair of solo tackles and an assist.

Now he moves on as a graduate transfer to Buffalo, where he joins back up with head coach Mo Linguist, who was an assistant at Texas A&M while Blades was there. Hopefully, some familiarity can bring some stability to a talented player who has had a tumultuous ride through the college ranks these past five years.