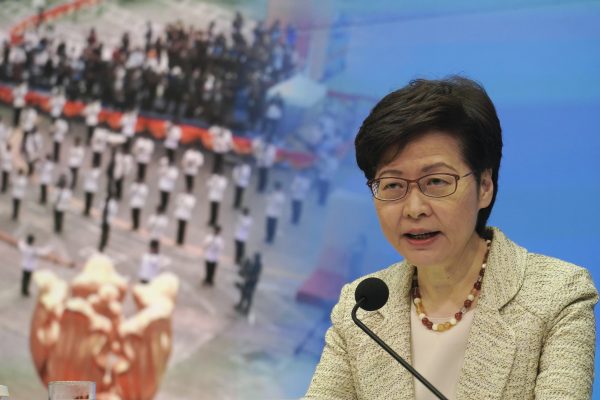 It is bittersweet seeing the exit of Hong Kong’s Chief Executive Carrie Lam, from the perspective of someone who took to the streets with my schoolmates and friends to call for her removal as part of the mass protests in 2019.

Under her tenure, Lam introduced an Extradition Bill that would have allowed Hong Kongers to be extradited to mainland China, banned the wearing of face masks, ushered in film censorship laws, disbanded student unions, trade unions, and independent media, introduced national security education, and dutifully implemented the draconian National Security Law, which has seen the mass arrest of pro-democracy activists, lawmakers, and journalists.

Lam was selected in 2017 on a platform that promised to connect and listen to the people of Hong Kong. Instead, she has presided over the largest mass migration of Hong Kongers out of the city, as a result of her decision to cede the city’s autonomy to Beijing and allow for the dismantling of basic rights, the rule of law, and the limited democracy we had.

In any functioning democracy, when 2 million people take to the streets as they did in Hong Kong in 2019, you would expect some change in government policies. Similarly, when the opposition wins a landslide in an election, as the pro-democracy parties did in the 2019 District Council elections, it might precipitate a change in leadership.

Sadly, the only change we have seen in Hong Kong in the last few years has been the transformation of Hong Kong from an autonomous, international, and open city into a polity fully controlled by the Chinese Communist Party. Lam has meekly accepted the subordination of the Hong Kong government to Beijing’s Liaison Office and China’s national security infrastructure, which now makes every meaningful decision in the city.

It is therefore clear that her resignation comes not at the behest of the people of Hong Kong through a democratic election or as a result of our mass opposition to Lam’s policies, but rather from Beijing, which favors a new figurehead to continue its human rights crackdown in the city.

Despite the false optimism that has been expressed by some in the international community who seek to find a positive story in Lam’s exit, her successor will likely be worse. In the case of John Lee, the favored candidate to replace her, as chief secretary and previously as security minister he has championed the implementation of the National Security Law, called for domestic national security legislation to target “foreign organizations,” and openly supported the further curbing of the free press through a “fake news” law.

Lee’s appointment as chief executive or the appointment of former Chief Executive C.Y. Leung, another candidate openly touted in the pro-Beijing media, would indicate that Beijing is prioritizing national security and plans a further crackdown in the city. This likely will mean further prosecutions under the National Security Law, the closure of the remaining civil society organizations and independent media in the city, and the continued overhaul of our educational institutions to bring them further in-line with the ideological thinking of the Chinese Communist Party.

As Lam’s term comes to an end and she is replaced, the international community should pay close attention to her movements – not least because Lam’s husband and children hold British passports and have property in the United Kingdom. It is not inconceivable to imagine that like so many authoritarian leaders of the past, Lam will seek to move abroad to enjoy her wealth and the freedoms she has denied to millions of her own people.

Canada, alongside the U.K., United States, Australia, New Zealand, and Europe, must use this moment to make it clear that Lam and her family will not be able to use foreign bank accounts, property, passports, or hidden wealth to retire abroad. This is why Hong Kong Watch is working with lawmakers to introduce audit powers, which will allow the government to audit the Canadian assets of Hong Kong officials and their families.

For young Hong Kong activists like myself, we now watch the destruction of the city we love from exile abroad. As the curtains close on Carrie Lam’s tenure as chief executive, we are resigned to the further crackdown that will likely take place. Our hope remains that Canada, alongside like-minded partners, will ensure the perpetrators pay a hefty price.