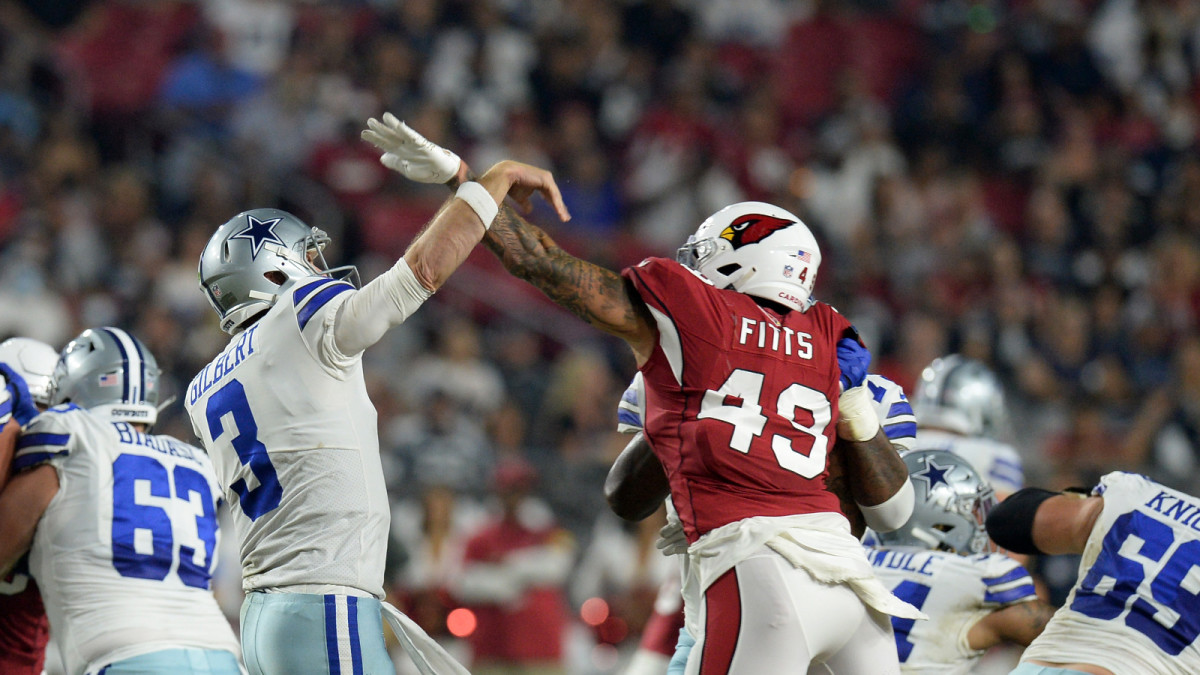 Cardinals linebacker Kylie Fitts, a 2018 sixth-round pick who spent his last three seasons with the team, announced his retirement on Friday, citing his recent string of concussions.

“After 21 years of playing, football has come to an end for me,” Fitts wrote on Instagram. “Due to too many concussions and the severity of my recent one, it is no longer safe for me to continue to play. I am so grateful for this game and everything it has taught and brought into my life. Thank you to all my coaches and teammates throughout my career.

“I am also so thankful for my family and wife who have supported me through all the ups and downs and special thank you to my dad. Spent countless hours, early mornings and late nights helping me reach my goal of always wanting to play in the NFL. I believe we were created beyond just playing the game. I know God has great plans for me and my family and I’m so excited for what he has in store for me next!”

The 27-year-old Fitts was drafted in the sixth-round by the Bears in 2018 out of Utah. He played in six games for Chicago as a rookie before joining the Cardinals in 2019.

His best season as a pro came in 2020 with Arizona, when he appeared in 13 games and recorded nine tackles, a quarterback hit and a forced fumble.

Fitts also appeared in six games during the 2021 season before missing the rest of the season due to a severe concussion, which ultimately led to his retirement.

For more Arizona Cardinals coverage, go to All Cardinals.