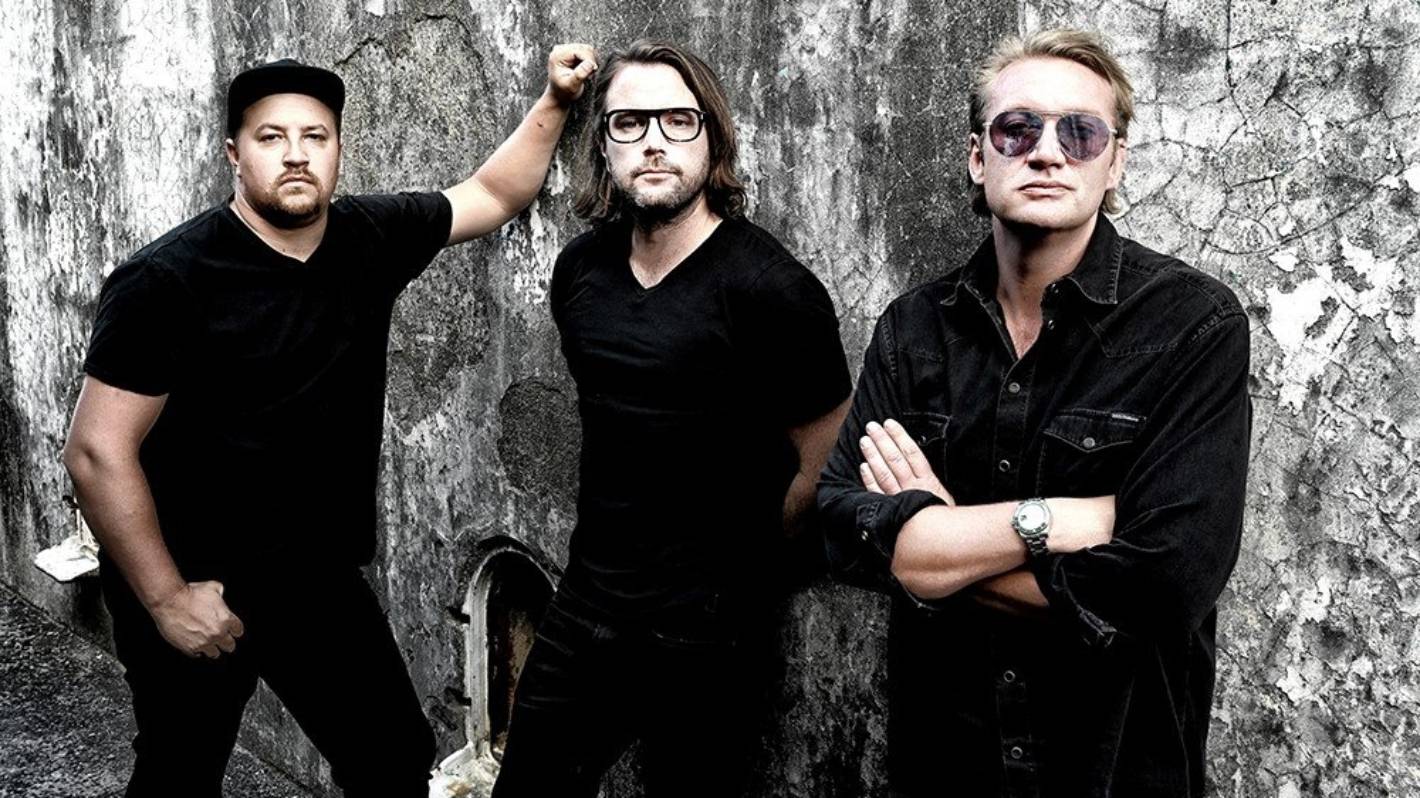 They might not be filling stadiums but Capitol Theatre has brought some stadium-sized rock to audiences nationwide.

The three-piece band has embarked on a tour of the country on the back of the release of their debut album ‘A Hero’s Journey’.

Heavily influenced by bands such as Queen, David Bowie, Muse and Foo Fighters, the group brings a style of rock that is as much about the spectacle as it is about the sound.

Founded in 2019, the band has been bunkered down in New Zealand for the majority of their career due to the pandemic. But that hasn’t stopped their growth towards a career overseas.

Frontman Adam Stevenson and guitarist Roy Oliver spoke to Stuff from their hotel room in Palm Springs, California, on Thursday having spent the past few weeks recording and playing live radio sets across America.

“I really love those real larger than life characters on stage,” said Stevenson

“I mucked around with clown makeup and stuff to figure out if I wanted to be kinda like that type of performer. We’ve kind of slightly parked the clown character for a while but yeah, we like having fun with the format.”

The music video for their single ‘Delicately Poised’ brings their showmanship to the fore with extravagantly dressed dancers and a band trapped in an old cathode ray television.

The video for ‘Force to Fight’, meanwhile, has a boxing ring full of people dressed in costumes with politically charged placards and slogans on display.

However, Oliver and Stevenson said no dance troupes or boxing rings would be set up for their tour.

“We’ve got some really cool visuals coming your way with these LED screens and lights and stuff. Everything’s all about taking people into this world of theatrical rock,” said Stevenson.

“Before Covid-19 we were set to do Homegrown in Wellington. We were planning on for that show to have acrobatic dancers alongside us on stage.”

“It’s just that this tour, because of the stage sizes, we weren’t able to execute their vision. But we definitely see ourselves being a festival band that brings a bit of a rock circus vibe with a bit of colour.”

Pointing at the site of Coachella from their hotel window, they’ve got their eyes firmly on the prize.

“We’ve been playing music for a long time and we’re at that stage in our lives where we could have a format and style we really believed in and really give it everything,” said Oliver.

The band will perform in Palmerston North at the Royal on July 23 and their album will be released on Friday.