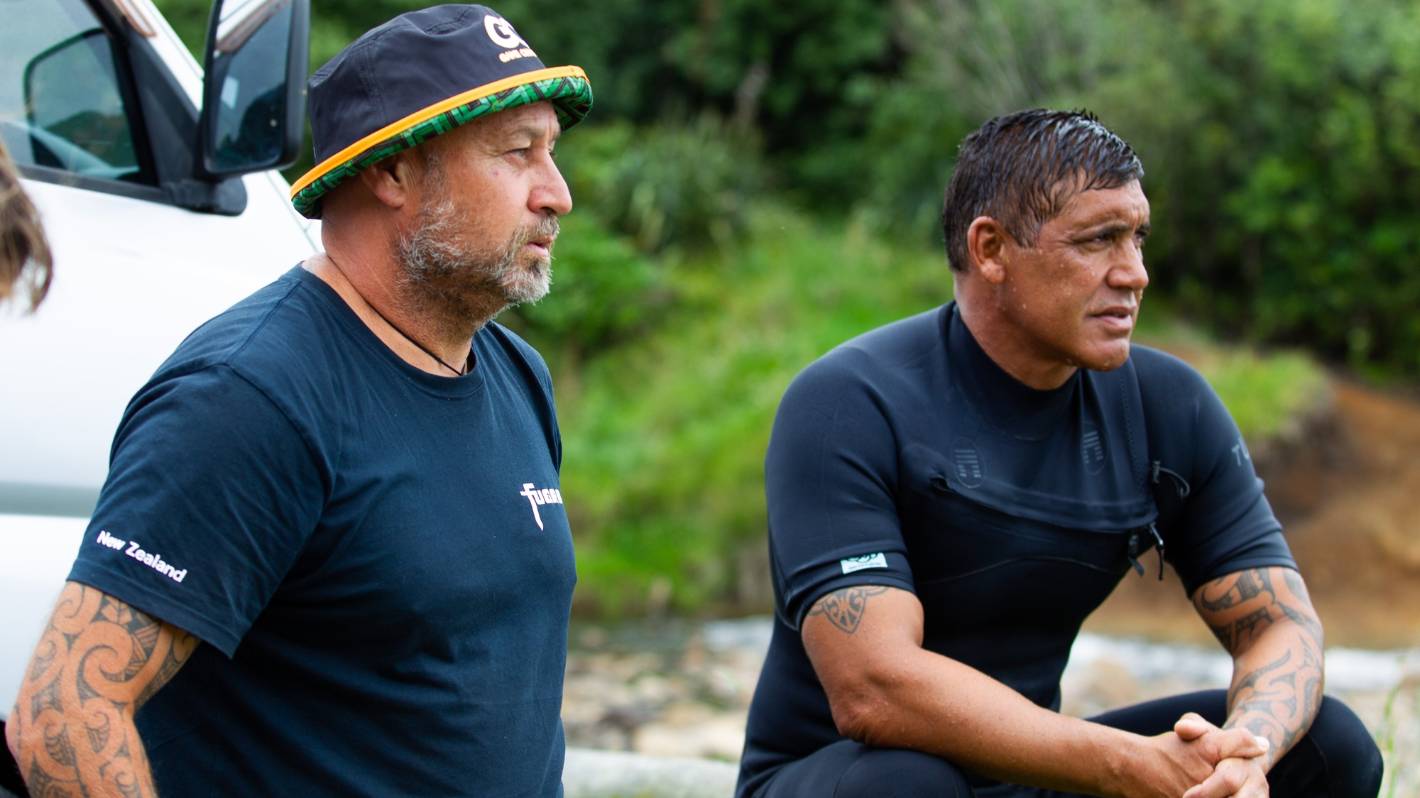 Two surfers have called for lifeguards at a notoriously dangerous New Plymouth beach after saving a pair of teens from drowning there over the weekend.

Dawson Tamati, David Herbert and Chris Renau were catching waves in “wild and unruly” conditions at New Plymouth’s Back Beach on Saturday when they heard two men, who appeared to be in their late teens, screaming for help.

The pair were close to shore at that stage but a set of large waves suddenly came through, pulling the men much further out to sea and forcing the three surfers into a furious paddle to rescue them, making it just in time.

“They only just had their mouths out of the water and were going under and coming back up. They couldn’t even scream by then,” Tamati said.

After getting the pair onto their surfboards, Tamati, Herbert and Renau spent about 25 minutes paddling them to shore.

Back Beach was notoriously dangerous, Tamati said, as it was not patrolled by lifeguards and often had strong rips and larger waves than beaches like East End, Fitzroy and Oakura.

“Back Beach is the worst. There’s a lot of rips, and it’s rugged.

“It’s kinda like Piha, but there are lifeguards at Piha.”

If people weren’t swimming right in front of the car park they could often go unseen, unless someone was watching from the top car park, Tamati said.

Herbert said the men would likely have died had the surfers not got to them.

“They were 100 per cent gone. Lucky for them and lucky for us that we were there.”

He said the beach needed to be patrolled, as the rip the men got stuck in was often there.

With the water unseasonably warm at 20 degrees Celsius, Tamati said people were already flocking into the waves to cool off

If it couldn’t be patrolled, then there needed to be clearer signs about the dangers of the rips, he said.

The north end of the beach near the Ngā Motu Island is also notorious for catching swimmers out when they try to get to the lagoon on Pararaki/Seagull Rock.

The Todd Energy Surf Lifesaving rescue squad won rescue of the year at the 2021 awards for saving four teenage girls who got stranded on the island when the tide changed.

New Plymouth Surfriders Club president Mark Dwyer said it would be hard to force swimmers to stick to patrolled beaches, so beach goers needed to know their limits.

“Surfers are always going to be out there, but they are not lifeguards.”

He said numbers at the beach would only increase as the summer wore on.

“Yesterday was jam packed. The water is so warm, there’s going to be more and more people at the beach,” he said on Monday.

“They just have to be aware [of the dangers].”

Swimmers looking for a nearby patrolled beach could go to Oakura, East End or Fitzroy, which have extended hours this summer.

Traditionally, the three New Plymouth district beaches are patrolled on weekdays from the third week of December until the end of January, with volunteers covering the weekends.

But this summer they have been extended from 4.30pm until 7.30pm on weekdays for all of February.

Voluntary weekend patrols began on November 27 and go through until Taranaki anniversary in March.