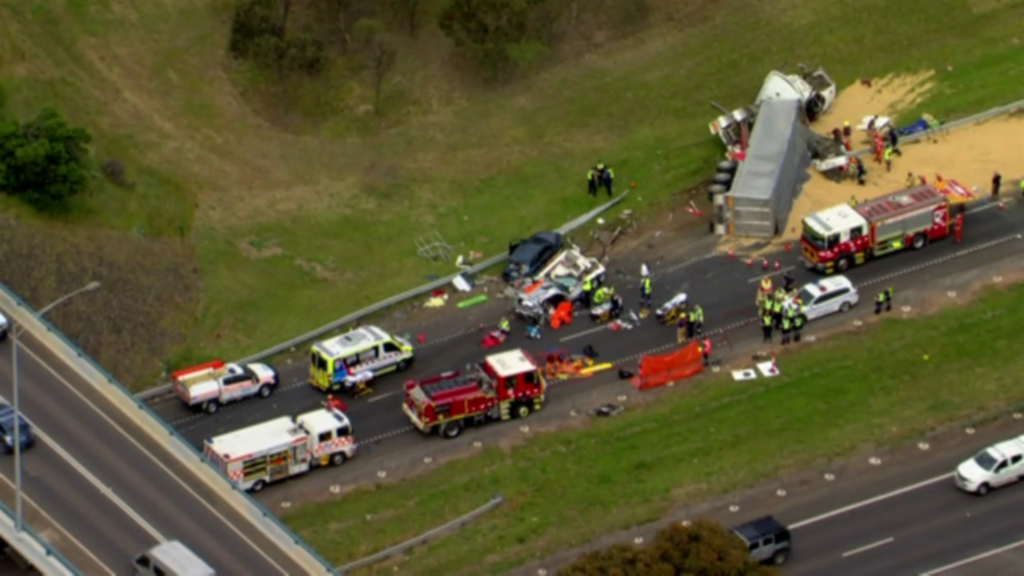 Emergency services are working to free several motorists from their vehicles following a horror crash on Melbourne’s Calder Freeway.

The multi-vehicle collision occurred just after 2.30pm on Monday at the Diggers Rest-Bulla Road overpass.

Victoria Police said it was believed a truck had collided with multiple vehicles.

“The incident is dynamic at this stage but there are multiple people trapped in vehicles,” the spokesperson said.

All citybound lanes of the Calder Freeway are closed at Bulla-Diggers Rest Road.

Motorists are advised to avoid the area or allow for extra travel time, with drivers being diverted to exit and immediately re-enter the freeway via the exit and entry ramps.