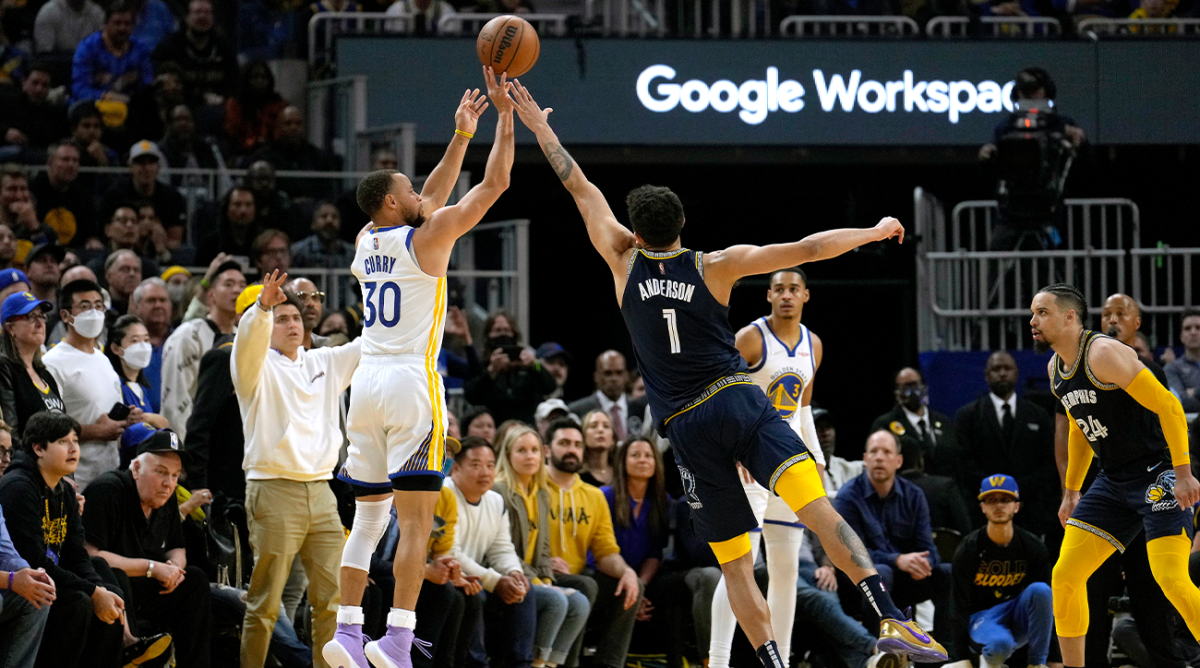 The Celtics and Bucks meet again in Game 5 Wednesday night in Boston. It’s the only series that’s tied and it seems like a near lock to go seven games at this point. Regardless of how evenly matched these teams have been through four games, Game 5 is historically pivotal to deciding the series.

The Warriors and Grizzlies also meet for Game 5 with Golden State holding a 3-1 series advantage. There’s no Ja Morant (knee) or Steve Kerr (COVID-19) once again and the Warriors are road favorites to close out the series.

Giannis Antetokounmpo can’t do it all by himself. He tried, and had some success against Boston’s fearsome defense—enough to will Milwaukee to a pair of wins despite All-Star Khris Middleton’s continued absence. Antetokounmpo’s efficiency has taken a toll as he takes more and more shots with each passing game to make up for the fact that his team, at least in this series, hasn’t had a reliable second option.

There’s Jrue Holiday, a phenomenal defender who’s averaging better than 20 ppg against the Celtics. However, Holiday is taking 23 shots to get those 20 points and shoots below 35% from the field and from three. Brook Lopez has come on as the series progressed, but he’s not a volume shooter, and Bobby Portis’ role and minutes are fading. Beyond those four players, Milwaukee plays a tight rotation of three-and-D options, including Grayson Allen and Pat Connaughton.

Boston has gotten much more out of its starting five holistically, especially when Jayson Tatum’s play has dipped. Tatum leads the team in scoring for the series, albeit on rather inefficient shooting.

Enter Jaylen Brown and Al Horford, who have each had 30-point games in this series. Horford was the Game 4 hero and he’s been sensational from the arc, having sunk 14 threes in four games. Marcus Smart, Grant Williams and Derrick Whit also all contribute to Boston’s top-end defense and provide secondary scoring when needed.

The difference in the series so far is that when Tatum has faltered his team has picked him up. If Antetokounmpo doesn’t have an all-time performance, the Bucks have little chance of winning—he had 34 points and 18 rebounds in the Game 4 collapse.

I expect Milwaukee to keep this game close, if it doesn’t win outright. Only one game in this series has been decided by five or fewer points: the controversial Game 3.

It seems like Mike Budenholzer has figured something out by getting Lopez more involved. If Holiday can either shoot better or simply less, the Bucks stand a good chance of taking the series edge. That is, of course, if Antetokounmpo delivers his usual 30-plus points and 10-plus rebounds.

I’m betting on the best player in the league comes through.

Memphis blew its chance to extend this series.

The Grizzlies led for the vast majority of Game 4 in Oakland and opted for some ill-advised shots down the stretch that allowed the more experienced Warriors to take a 3-1 lead. Morant (knee) is likely out for the rest of the playoffs and that could mean just one more game if Memphis doesn’t defend its home court.

Without Morant’s offense, the Grizzlies failed to break 100 points for the first time in the playoffs. Jaren Jackson Jr. led the team in scoring with 21 points and Tyus Jones filled in admirably at point guard for Morant. Taylor Jenkins finally went to Steven Adams, who came up with 10 points and 15 rebounds, but the duo of Desmond Bane and Dillon Brooks combining for 20 points on 27 shots was too much to overcome.

The Warriors started sluggish. They scored just 38 points in the first half and couldn’t connect on a three for what felt like half the game. Of all people, it was Otto Porter Jr. who led the comeback with some shocking three-pointers and Steph Curry brought the game home in the final quarter. Last game was seemingly both a wakeup call for the Warriors and a sign of how good they can be on their worst nights. (Mike Brown coached the team in Game 4 with Kerr out with COVID-19 and will coach Game 5.

I really want to pick the Grizzlies. This team has shown how well it can play without Morant. It went 20-5 in the regular season without its superstar and pushed the Finals favorite for 95% of the last game without him. But the last game was their chance. A loss like that is truly deflating and it’s unlikely Golden State will shoot that poorly from three again—Curry, Thompson and Pool shot 4-24. I think the Warriors close it out in Memphis, an anticlimactic end to what could’ve been a phenomenal series.