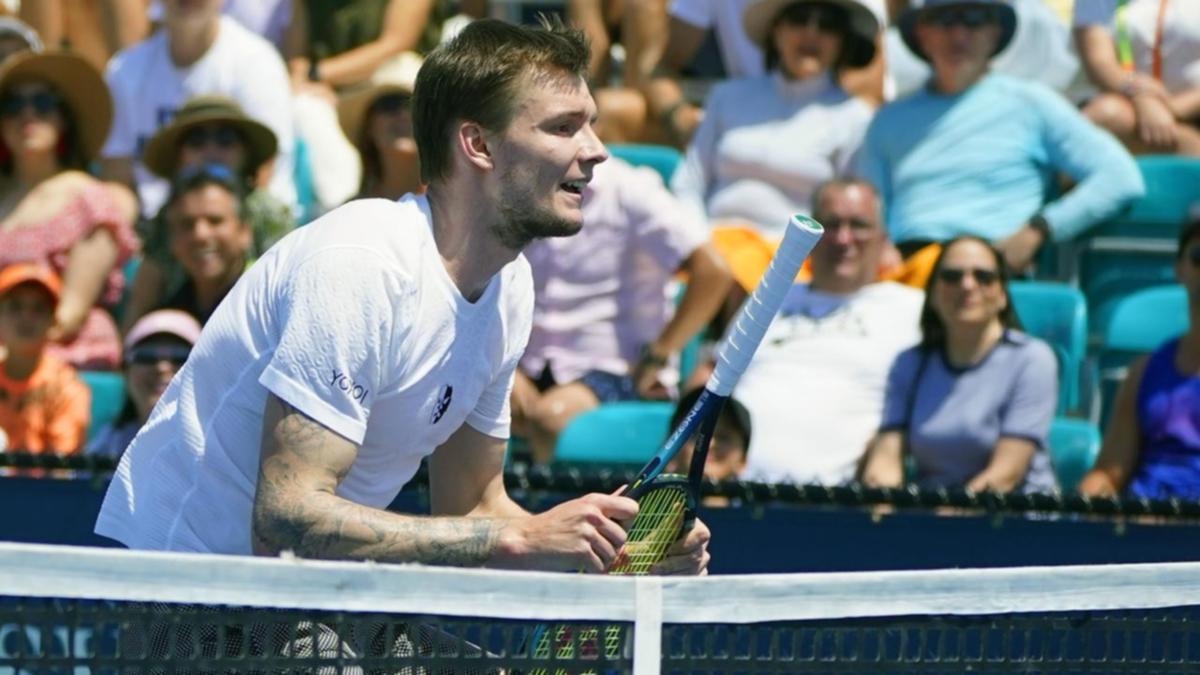 World No.12 Cameron Norrie has overcame a late wobble to defeat Hugo Gaston and move into the fourth round of the Miami Open but it was Alexander Bublik that produced the most memorable shot of the day.

British No.1 Norrie is on course to break into the top 10 for the first time next week and was ultimately too strong for talented Frenchman Gaston, winning 6-3 7-5.

Norrie was set to win more comfortably, recovering from dropping serve in the opening game of the match to move a set and 5-3 ahead.

He held five match points on his opponent’s serve and then another on his own in the following game but was unable to take any of them, with Gaston using all his trickery to claw his way back into the match.

However, Norrie broke serve again to move 6-5 in front — with Gaston smacking the net and then a ball into the crowd in frustration — and finally clinched a spot in the last 16 with an ace on his eighth match point.

“It was one of those days where it was tough to close it out. I was a little bit stressed there,” the left-hander told Amazon Prime Video.

“I managed to sneak through. I just got a little bit tentative and lost my feet and wasn’t moving enough.

“I was really happy with how I responded to getting broken. He’s a tricky guy.

“You feel like you need to be really aggressive otherwise he’s going to throw in a drop shot at any moment. I think that’s something I need to work on.”

Norrie will have to overcome a 2-0 head-to-head record against Norwegian Casper Ruud if he is to reach the last eight.

World No.8 Ruud dispatched Bublik 6-3 6-2 in less than an hour but it was his opponent who came up with a highlight-reel shot that stunned the crowd and commentators.

In the fifth game of the second set, the Kazakh flipped his racquet over and tapped an overhead over the net with the handle, before crushing a subsequent smash to win the point.

“You will be on Tennis TV like always,” Ruud quipped to Bublik after the match.