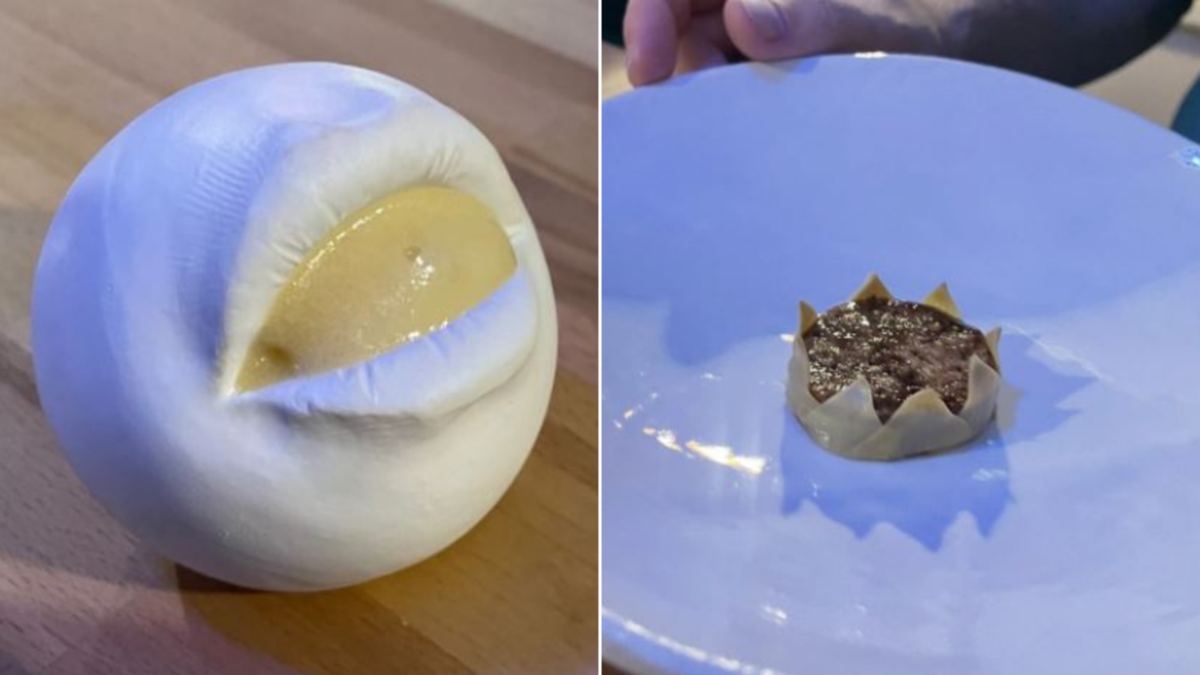 A Michelin star is one of the most desired of all seals of approval in the restaurant industry.

Earning one usually indicates a restaurant of the highest quality, indicating to diners that they’re about to take a culinary journey that will tantalise the senses and fill the belly.

Everywhereist travel writer Geraldine DeRuiter was drawn to visiting the restaurant, having heard rave reviews and good things about one of the youngest chefs to receive a star, Isabella Potì, as she told TODAY Food in an email.

The restaurant is also led by chef Floriano Pellegrino.

“I’m pretty used to experimental cuisine, and I’ve been to a few Michelin-starred restaurants,” she said.

“So I was anticipating something a little unusual and fun. I was not expecting a four-hour hunger-induced fever dream.”

And yet, that’s what she and seven of her friends got.

As DeRuiter explained in a review of the restaurant that she published on her site Everywhereist on Wednesday (note: there’s some vulgar language), those hours spent consuming 27 courses, “made me feel like I was a character in a Dickensian novel. Because — I cannot impart this enough — there was nothing even close to an actual meal served.”

With lines like that, it’s no surprise that the review has now gone viral.

DeRuiter says their party counted 27 items sent out during their visit.

Her review captures the surreal nature of the experience, and perfectly skewers the pretentiousness that oozes from the eatery’s performative dining service — kind of like the citrus foam that oozes from a plaster cast of the chef’s mouth in one course.

All of the 27 offerings writes DeRuiter in her review, were tiny, strange, overly fussy portions, and nearly all were served cold.

Among the itty-bitty “courses” were edible paper slivers, shots of vinegar, a tablespoon of crab, fried cheese balls with rancid ricotta, a partial scoop of green olive ice cream (“I thought it was going to be pistachio”) and, of course, the plaster cast with foam, which looks like the mouth of a person suffering from rabies.

DeRuiter notes that things started to go south almost immediately, when she and her party were led into a “cement cell of a room” with music by Drake “pumping through invisible speakers.”

The room was “unspeakably hot” and they seemed to be the only customers.

“It’s as though someone had read about food and restaurants, but had never experienced either, and this was their attempt to recreate it,” she wrote.

Further, Bros’ steered from the usual path in these other ways:

Dessert, which came after the party hadn’t realised they’d already been served the main course, featured a marshmallow-flavoured, cuttlefish-shaped object, and “frozen air” that melted before it could be consumed.

After which they were told to leave the restaurant.

But were they free? They were not.

They were led to the “Bros laboratory” where a TV played extreme sports and a chef gave them “comically tiny slivers of fake cheese.”

How much did all of this cost?

But there was one nice thing: As the party left, they were handed Bros’ balloons and a Polaroid of them was taken (and later posted on social media by one of the attendees).

So was it a prank?

Or does Bros’ believe its own hype?

Said DeRuiter, “They’re either comedic geniuses or sadists, and hey, that’s fine if that’s what your audience is expecting.

“But we sort of wanted to eat dinner.”