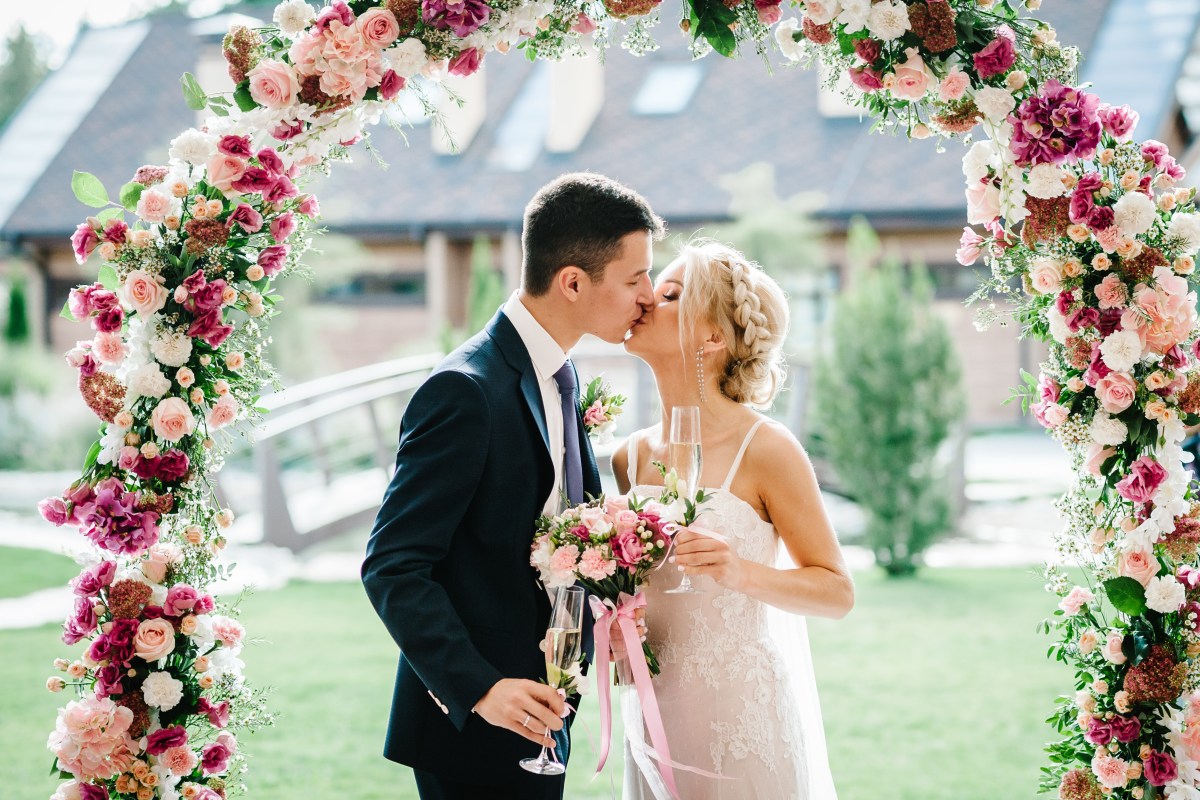 BRITS will be able to get married outdoors from next summer after al fresco weddings proved a hit during lockdown.

Ministers are planning to permanently change the law so couples are able to get hitched in the fresh air.

Up until now ceremonies could only take indoors or within a permanent structure outside, such as a bandstand.

But those rules were relaxed back in July with temporary legislation allowing venues to use their outdoor space.

However, it only applied to civil wedding and partnership services carried out at non-religious settings like hotels.

Under the permanent switch the Government was to allow places of worship to also hold weddings in their grounds.

It is estimated some 55,000 marriages a year would be able to benefit from that change alone.

Justice Minister Tom Pursglove said: “A wedding is one of the absolute highlights of a person’s life and it is right that couples should have greater choice in how they celebrate their special day.

“Our proposals would afford them that choice whether they choose a civil or religious ceremony, and would mark a huge boost for those planning a wedding over the coming years.

“Crucially, this will also support the wedding sector by ensuring venues can continue to safely meet the demand for larger ceremonies.”

Wedding venues welcomed the planned changes, which they said would be a huge hit with would-be brides and grooms.

He added: “We converted an old tennis court into a licensed venue for civil ceremonies in November 2020.

“The first ceremony was held in June 2021 and it is immediately the most popular choice for our brides as their chosen place on site to say ‘I do’.

“Outdoor ceremonies will continue through the winter – the autumn colours are spectacular for this weekend’s weddings.

“Guests love it as it feels romantic and is Covid safe so I would say it’s a positive experience and asset to our venue.”

During medieval times it was common for wedding ceremonies to take place outside the front of churches.

Ministers will now launch a six-week consultation on the plans and want to hear from professionals, religious bodies and ordinary couples.

They plan to have the new permanent rules in place for next April, when the temporary legislation allowing outdoor weddings expires.