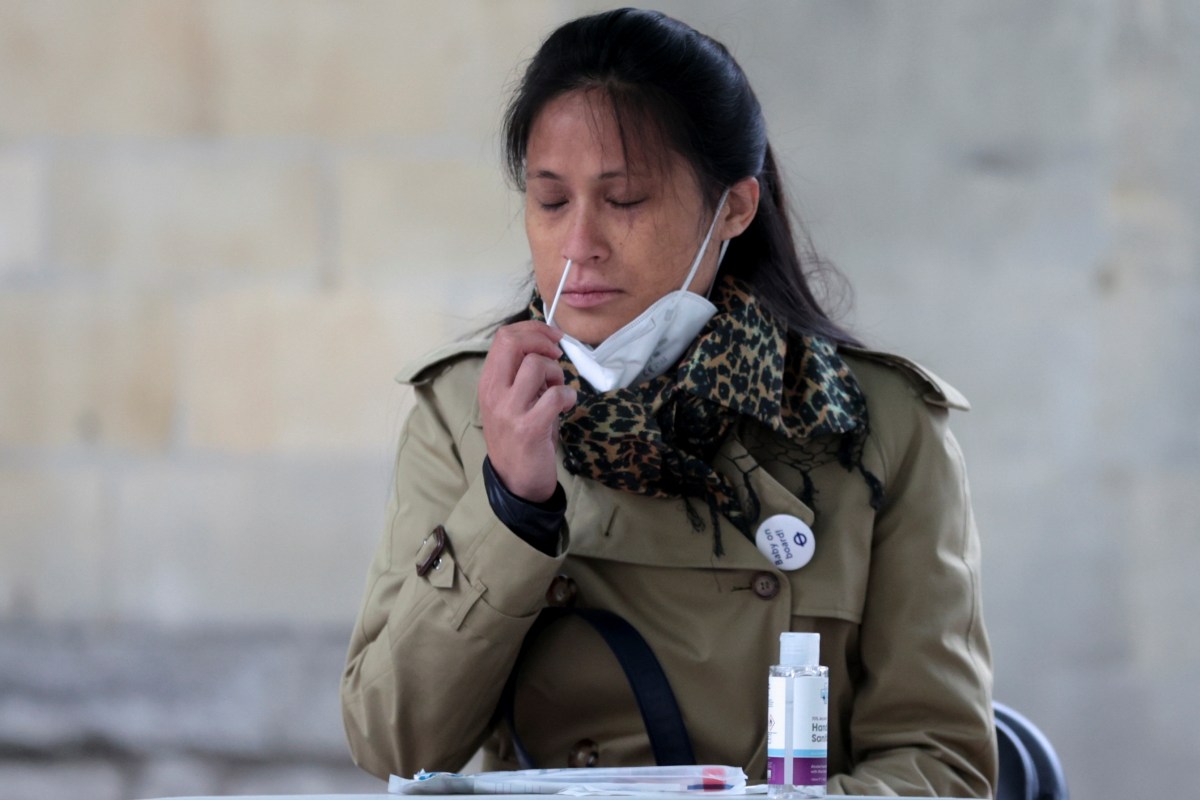 BRITS who test positive for Covid will no longer have to isolate and be confined to their homes under plans for a post-virus world.

Ministers are drawing up schemes to ditch track and trace, as well as free Covid testing in the return to normal life.

They also want to remove the legal requirement for those who are infected to have to stay indoors, as the world learns to treat Covid like the flu.

The so-called Operation Rampdown plans, would mean people who test positive wouldn’t be forced to isolate for ten days.

It would also mean the £500 paid to the less well-off to help them with the costs of isolating would end.

More than £160million has been dished out to 335,000 families. Access to free testing for all will also go.

The focus will then shift to tackling local outbreaks and protecting high-risk settings like hospitals and care homes.

Covid is expected to remain at an “endemic” level for years, with it circulating in the general population, but at lower levels.

Prof Robert Dingwall, of Nottingham Trent University, said last night: “I very much welcome the fact people are planning for the end of the emergency and the restoration of everyday life.

“Treating Covid like any other respiratory infection should encourage people to dial down the fear and anxiety that have bedevilled the country for the past couple of years.”

Government insiders stressed last night that nothing will change before next year.

This comes as Covid cases are up by almost a fifth in a week as 36,517 positive infections were recorded in the last 24 hours.

The death rate has dropped in the last day, from 157 to 63 fatalities being reported.

Despite 80 per cent of Brits now being double vaxxed, it seems case numbers are worryingly on the rise ahead of the busy Christmas period.

This time last week, there were 30,305 cases reported in the UK – marking a 20.5 per cent increase in today’s numbers.

However the number of fatalities has only increased slightly from last Sunday, from 62 to 63 fatalities – bringing the grim total to 142,898.

It brings a blunt end to the falling figures earlier reported, however, the crucial R rate did drop this week.

It comes as boffins claimed Brits would be able to celebrate the festive period without fear of another UK lockdown.

Experts are now claiming that the UK will be able to “avoid” social distancing restriction this winter because enough people have already had the killer virus.

Professor Neil Ferguson believes that it will be “unlikely” that the UK will be forced into a lockdown like last year in the festive period.

The epidemiologist, whose modelling helped to instigate the first lockdown last year, also thinks the booster jabs will help the cause.

The Sun’s Give Britain A Booster campaign is also urging people to get a third jab.

But his comments come after the Prime Minister warned that Covid “storm clouds are gathering” after concerning infection rates in Europe.

Some European countries, including the Netherlands, have already imposed a lockdown due to rising case numbers.

Covid cases up almost a fifth in a week as 36,517 test positive and 63 more people die