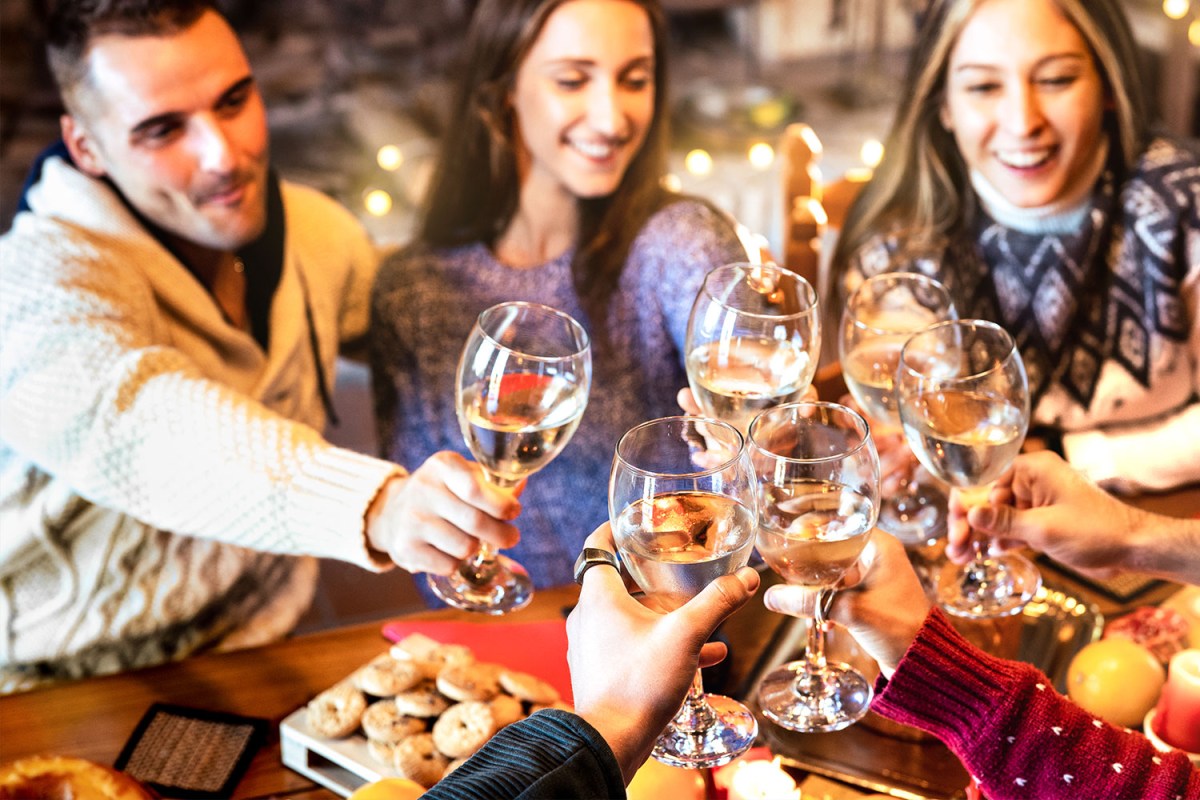 BRITS have been told not to cancel their New Year’s Eve bashes yet but to “think carefully” about mixing over the festive period as Covid cases surge.

Chris Whitty tonight urged Brits to cut down their socialising and even meet outdoors if they can to curb the spread of Omicron – but stopped short of telling people to pull the plug on parties.

When challenged this evening at a press conference about whether it is time for parties to be cancelled, the nation’s top doctor told people to err on the side of caution as Boris Johnson declared: “We’re not cancelling parties”.

Professor Whitty said: “I really think people should be prioritising those things and only those things that really matter to them.

“Because otherwise the risk of someone getting infected at something that doesn’t really matter to them, and then not being able to do the things that do matter to them obviously goes up.

“I don’t think you need to be a doctor to think that.”

At a gloomy press conference the chief medic said it was going to be more and more important as the nation get towards Christmas that “people take more precautions”.

He urged people to do the things that we know help stop the spread such as “really good ventilation, meeting outdoors… and following sensible rules.”

The PM also urged Brits to be “cautious” but insisted there was no need to cancel gatherings.

Another lockdown and restrictions or closures of pubs and other hospitality venues would be a huge blow for an already struggling economy.

🔵 Read our Covid-19 live blog for the latest updates

“What we are saying is think carefully before you go – what kind of an event is it?

“Are you likely to meet people who are vulnerable? Are you going to meet loads of people you you haven’t met before?”

He implored anyone going out to get a test, ensure there is ventilation, and wear a mask.

At a very down-beat press conference this evening:

It came just two weeks after No10 refused to back Jenny Harries for saying friends and family shouldn’t meet up “when we don’t particularly need to” to slash the spread of omicron.

Her remarks prompted a firm slap-down from Downing St which said: “She gives advice to the government, she is not the government.”

Meanwhile at tonight’s press conference Mr Johnson drastically ramped up his plea for Brits to get boosters and rallied volunteers to help out in the country’s hour of need.

On the worst day of infections so far, the PM said there were “signs of hope” that the fresh jab blitz was aiding the national battle against Covid.

He said a knockout combination of Plan B measures and boosters would help beat back the virus – but braced the public for more cases, hospitalisations and deaths.

Data shows boosters offer up to 75 per cent protection from mild infection from Omicron, with The Sun relaunching our hugely successful Jabs Army campaign.