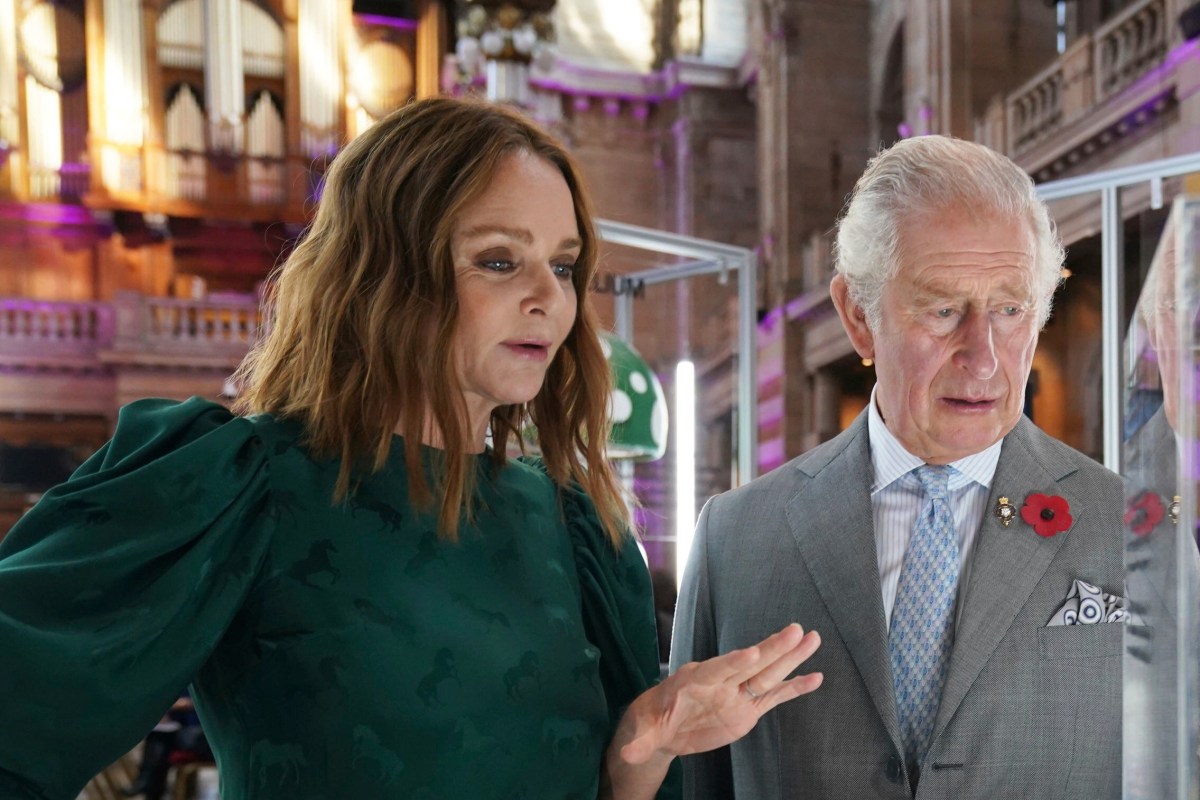 The designer ramped up demands for high end fashionistas to go green like her – as she showcased her eco-designs in the Kelvingrove Art Gallery on the sidelines of the COP summit.

She said the Titanic and Wolf of Wall Street star was “gobsmacked” that more designers were not “joining forces” with her push for sustainability and ditching leather and fur for eco-friendly materials.

She added: “He’s just like ‘I can’t believe you’re the only person in fashion doing this’.” And the designer said Prince Charles found her exhibition “enlightening and inspiring”.

Ms McCartney said she wanted to “call out” polluting industries including her own and work to “provide a better way of doing things”.

It came as a clothes expert ordered Brits not to buy ‘distressed’ jeans with holes in – as they won’t last and will end up in landfill.

Kate Fletcher, a research professor at London College of Fashion, who is off to COP26 to talk about reusing clothes said: “The biggest challenge is of overproduction and overconsumption of clothes.

“Low carbon choices all come from wearing the things we have already got again and again, and finding a way to make the most radical item in your wardrobe something you already own.” And Brits should be committing to buying clothes that last decades, not months, or buying more second hand, she added.

It came as Rishi Sunak brandished his ‘green box’ as he rallied finance chiefs to cough up billions more to go green.

The Chancellor held up a bright green version of his traditional budget box as he confirmed plans to force companies to report data on how eco-friendly they are in future.

The Sun can reveal that worried members of the British team urgently had to rally around to get bums on seats ahead of his big address to the Glasgow summit.

One worried aide texted the team with just minutes to spare before his speech, saying: “If people are free, please come ASAP to fill up the event.”