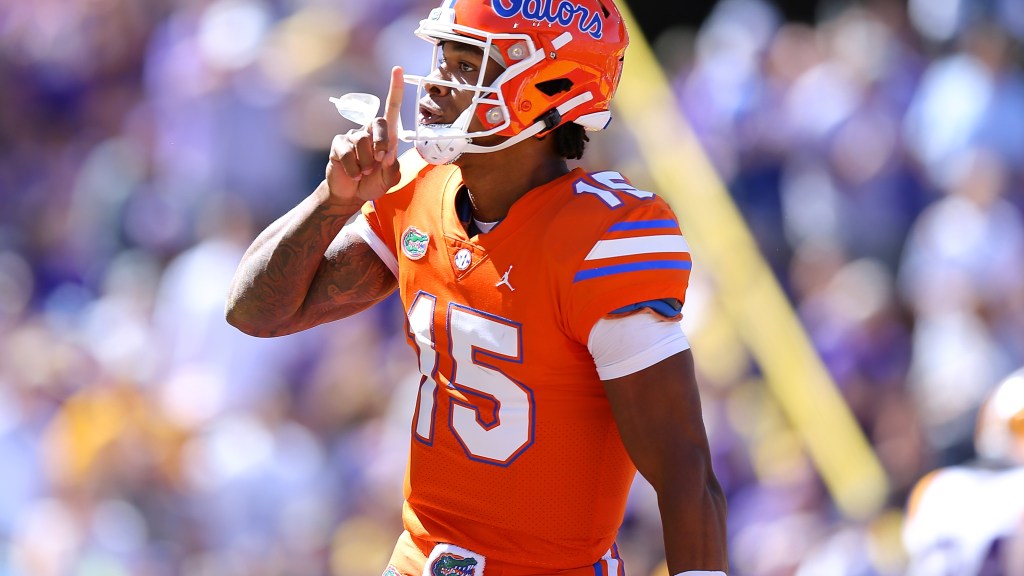 It was a disappointing season for Florida football in 2021, but as they say, hope springs eternal. With the Dan Mullen era now in the rearview mirror, Billy Napier and his staff are poised to rebuild a once-proud program and return glory to the Swamp.

Much like how Rome was not proverbially built in a day, rebuilding a top-tier college football program does not happen overnight, but the steps taken so far by the new regime appear to be laser-focused on putting the team in a position to take advantage of every edge it can get. But even with all of the changes taking place, those who remain from the previous regime can still be expected to uphold the glory of the Orange and Blue in the interim.

Among those holdovers are a handful of players who will hopefully keep the team afloat in what looks to be a very challenging debut schedule for Napier and crew. This group of players have either shown signs of brilliance in the past or were well-heralded prep players before their times in Gainesville.

Take a look below at former Gator and 247Sports contributor Brett DioGuardi‘s breakout candidates for 2022 and our take on his choices.

This is an obvious choice here. Richardson gave Gator fans plenty of highlight plays during his limited playing time in 2021. After what will be a full offseason with the new coaching staff and plenty of time to get healthy from some nagging injuries last season, I expect Richardson to be the ultimate playmaker for the Gators next season. Richardson has all the talent in the world and if he can put it all together in 2022, he is going to garner a lot of buzz in both the college football world and from NFL scouts.

Brett is right, this is the obvious choice but not exactly a shoo-in pick at the position. Hobbled by injuries last season, Gators fans got a glimpse at what could be a fantastic future in the Swamp but his persistent health issues raise some serious red flags. Richardson was also clearly not quite in sync with Dan Mullen’s offense in his redshirt freshman season and it is not a certainty that he will pick up on Napier’s playbook right off the bat. And with Emory Jones presumably still around and transfer Jack Miller breathing down his neck, he will face plenty of pressure to produce. Still, his raw talent and potential star power are too much to ignore.

Wright is someone I have been high on since my playing days. He came in as a true freshman and made a lot of noise both on the practice field and on Saturdays. He is an elusive back that can make people miss while also bring a thump with him. Wright has great hands out of the backfield as well. He didn’t get to portray all his abilities last season with Dameon Pierce and Malik Davis handling most of the running responsibilities. I expect him as of right now to be the lead back next season if he is fully healthy.

No argument here. Florida was blessed with one of the best running back rooms this team has seen in ages and Mullen was unable to capitalize on it in 2021. The skillset is still there and with another year of experience under his belt, along with Napier’s penchant for the ground game, I also expect Wright to have a big year in 2022.

Wingo is someone that many Gator fans have hoped to get more playing time during the past few seasons. He has a great opportunity to step into a starting role this upcoming season with Ty’Ron Hopper recently transferring to Missouri. Wingo is a strong, old-school linebacker that likes to hit. He can have a great impact in the rush defense with Ventrell and him manning the middle for this Gators defense. I am interested to see how he will do in pass coverage but am excited for the opportunities that are going to come his way. He has the right mindset and should take a big leap this year.

While his playing time has been limited, Wingo did manage to appear in all 13 games for the Gators in 2021 and nine in 2020, so he has not been completely buried on the bench. However, he certainly has not lived up to his Rivals five-star rating yet on a defensive unit that has left a lot to be desired, which hopefully was due simply to inexperience. Like Brett says, he will get his chance to prove his mettle this coming season.

Princely is another name that I’ve talked about as a breakout candidate. He has played extremely well in his very limited playing time the past two years. With what seems like a thin edge rusher position group for UF this upcoming season, I wouldn’t be shocked to see him as a starter alongside Brenton Cox on the edge. Umanmielien has great athleticism for his size, and I’m intrigued by his finesse moves to beat tackles off the edge. As of right now, Princely is my #1 candidate to make the biggest leap on the defensive front in the 2022 season.

Much like Wingo, Umanmielen hails from the same recruiting class, appearing in seven and 13 games in 2020 and 2021, respectively. He managed to make a little noise last season, notching 1.5 sacks to go with 17 total tackles in limited action. He was a four-star recruit according to both 247Sports and Rivals coming out of Manor, Texas, and will likely get a sink-or-swim opportunity in 2022.

Kingsley did a great job in his first season as a starter in 2021. He manned the middle for a Gators offensive line that had a successful season last year. Eguakun did a great job in dominating the line of scrimmage in the run game. I love the interior three of him, Ethan White, and Josh Braun. I expect him to have an even better season in 2022 with a full year under his belt as the leader of this O-Line.

Eguakun took on the tough tasks of taking over the center position for the Gators last season and fared quite well in the role despite some ugly play from the offensive line at times — specifically, the plague of false starts. The redshirt sophomore ultimately earned the spot coming out of the summer, holding down the middle of the offensive line sufficiently. While he will never be the second coming of Maurkice Pouncey, it is not unfair to think that his experience in 2021 will help build a successful but likely unremarkable campaign in 2022.