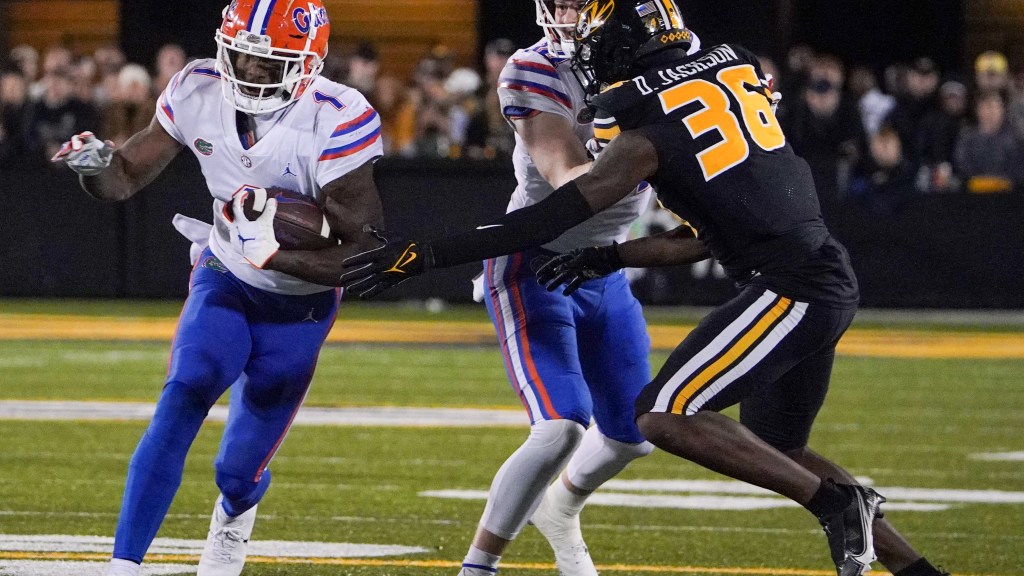 GOOD: For the first time in nearly a month, Florida’s defense showed up in this game. Tyler Badie had the quality game you would expect him to have, but it didn’t translate to many points on the scoreboard, and quarterback Connor Bazelak struggled to do much, save for a handful of big plays. Credit to interim defensive coordinator Christian Robinson, who is in a tough spot but got these guys motivated after last week’s defensive clunker. Emory Jones also had a solid game and Jacob Copeland crossed the 100-yard threshold. It just wasn’t enough.

BAD: Remember when Florida had the best non-service academy run game in college football? Me neither. This team has inexplicably struggled in the run game in recent weeks, but this game was the pinnacle. Missouri entered with the second-worst run defense in the country. It allowed just 93 yards on 38 (!) attempts. Dameon Pierce once again saw just seven carries, and it’s hard to understand why this team doesn’t get the ball in the hands of its best offensive player.

UGLY: Dan Mullen’s decision to play for overtime with more than a minute left on the clock was reminiscent of his lack of aggressiveness at the end of the first half in the Kentucky game. I’m not sure why he doesn’t have faith in his offense, but it cost him once again. The Gators will win just two games in the SEC for the first time since 1986, and they finish 2-6 in SEC play for the first time ever. This game may have sealed the fate of the Dan Mullen era. [Editor’s note: It did.]