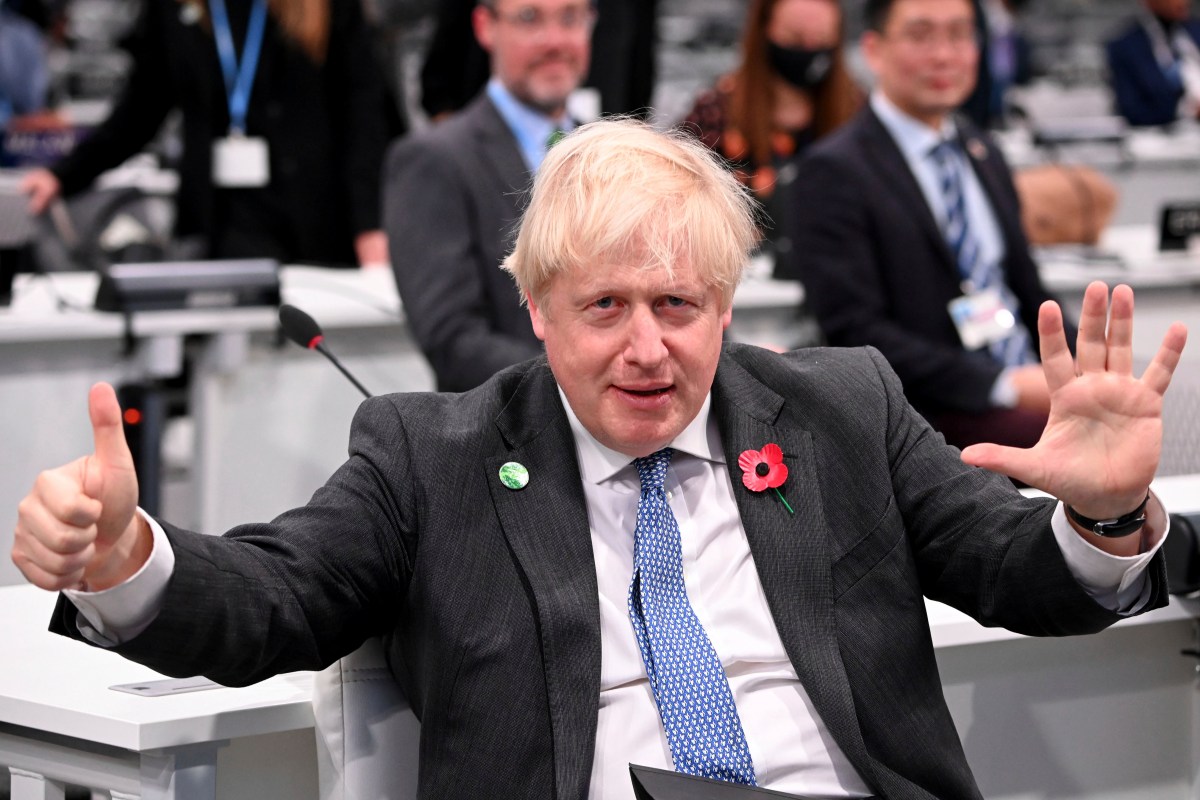 BORIS Johnson’s poll lead has been cut to just one point following fury at his botched bid to save sleaze-mired MP Owen Paterson.

The YouGov survey carried out in the wake of the Paterson scandal is the clearest sign yet voters are punishing the Conservatives.

Mr Paterson resigned last night after the PM pulled the plug on a controversial plan to protect his friend the ex-environment secretary from a cash-for-access row.

Only hours before Mr Johnson was ordering Tory MPs to throw an arm round their embattled colleague, who maintained his innocence but was banged to rights by the watchdog.

The shock resignation means a byelection will now be fought in the safe Conservative seat of North Shropshire.

There were rumours of opposition parties uniting to field an independent anti-sleaze candidate – akin to ex-BBC journalist Martin Bell’s ousting of Neil Hamilton in 1997 – but Labour have ruled it out.

He said: “I think actually it says that the Prime Minister, when wanting to be following a process that makes the system fairer… wanted to do that.

“And very quickly realising that actually that’s one thing that we should pursue on a cross-party basis and we’ll come forward with proposals, and I hope, we can sort of set our politics aside and create a fairer system, because right of appeal, I think, is important, and your listeners will see that as important.

“Because, in any case, and I don’t want to get into specifics, but in any case, there should be a right of appeal.”

According to the poll the Lib Dems remain on eight points, the Greens on nine points and Reform on 5 points.