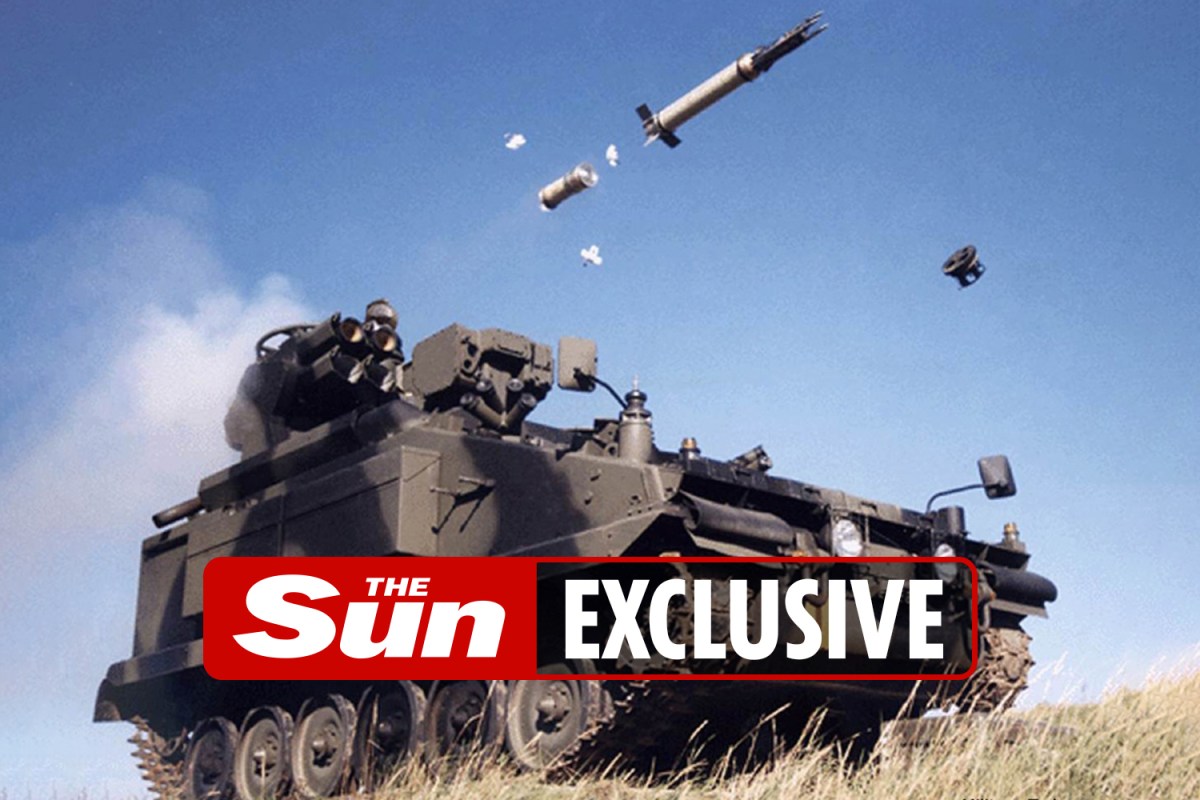 Their 17 Starstreak missiles can blitz low-flying jets and helicopters.

Experts hailed them “the best kit” yet sent by any Western power.

Sources say the MoD showed off the Stormers’ punch to Ukrainians at a display on Salisbury Plain two weeks ago.

The 13-ton, high-tech launchers can be loaded on to C-17 transport planes and flown to the war in days.

They only need a crew of three — a driver, commander and gunner.

And they will allow President Volodymyr Zelensky’s army to speed into positions at 50mph, fire, then get away fast.

The deployment of “a handful of Stormers” alongside 120 personnel carriers already pledged marks a significant increase in heavy weaponry from Britain.

So far Western powers have only provided ­shoulder-mounted weapons.

A source said: “It is no secret that the UK has committed to helping Ukraine with its anti-air capabilities.

“The Defence Secretary (Ben Wallace) will be making a statement to Parliament this week.”

Colonel Richard Kemp, former commander of British troops in Afghanistan, said: “The Stormer/Starstreak combination will be a huge boost to Ukraine’s fighting capability.

“It is an extremely ­effective, highly mobile combat vehicle that will do severe damage to any attempts at low-level attack by Putin’s air force.”

But he warned: “This news will anger Moscow which is already threatening retaliation against the West — especially Britain — for supplying weapons.

“Unless Putin wishes to initiate a war with Nato he cannot attack weapons supplies before they enter Ukraine.

“However he could carry out cyber attacks, sabotage, assassination or other covert attacks for which his intelligence services have proven capability, including in the UK.”

And Dr Alan Mendoza, of security think tank the Henry Jackson Society, said: “These vehicles are the best kit yet sent to Ukraine and will leave Russian pilots quaking.

“The UK is putting Putin on notice that Russian aggression, war crimes, and rocket strikes will no longer be tolerated. The UK should wear Putin’s inevitable angry and overblown reaction to this as a badge of pride.”

“And if you’ve got a decent crew it takes about a minute to employ the weapon system.”

Mr Johnson will today take part in a call with Western leaders, the EU and Nato.

Sources say they will discuss plans to bolster defensive weapon supplies and slap more sanctions on cronies of Putin,.

It follows talks last week where the UK and US agreed on the need to urgently develop a longer-term security strategy for Ukraine.