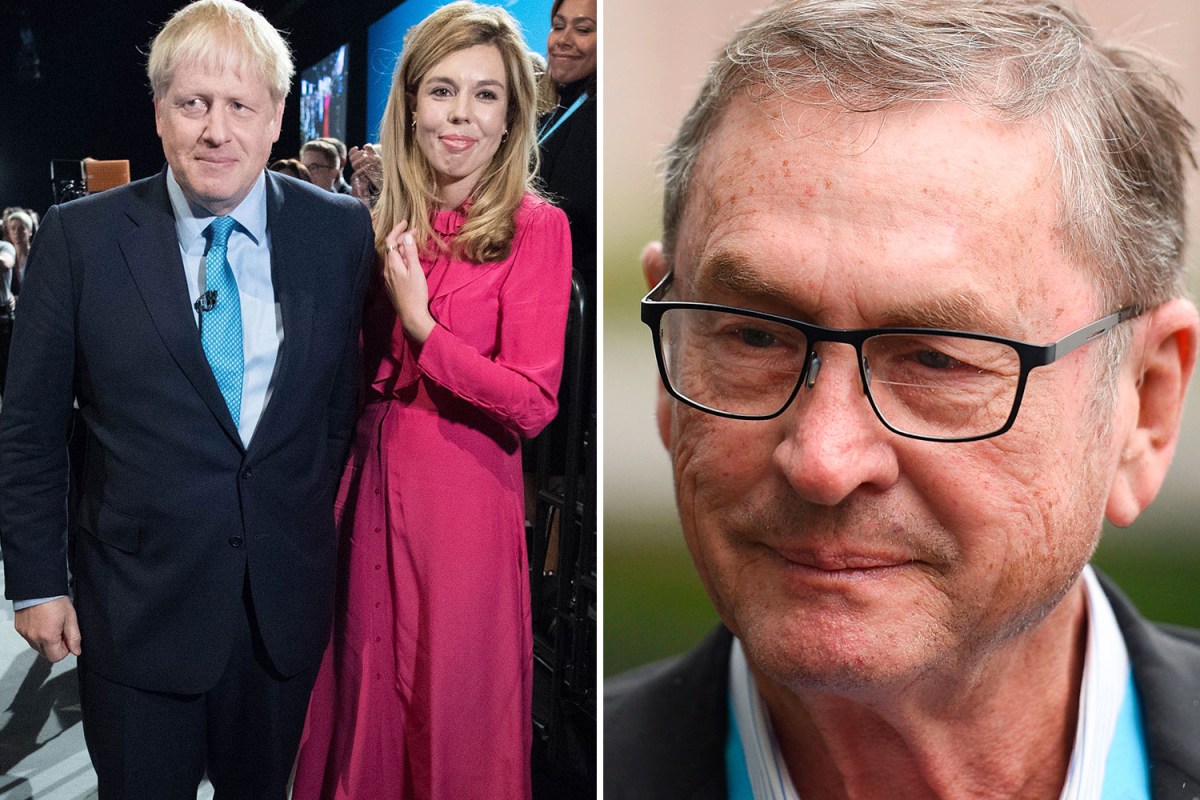 BORIS Johnson has been slammed by a Tory tycoon as being a “puppet” of his wife Carrie – but his allies branded it sexist nonsense.

A bombshell new book by billionaire Conservative donor Lord Ashcroft made brutal claims Bojo is “mesmerised by his 33-year-old wife and is a “lonely figure” in Downing Street.

It comes as enemies of the PM are preparing a brutal weekend of “deeply unpleasant” personal attacks on Carrie in a bid to bring him down.

Lord Ashcroft’s tome ‘First Lady’, alleges those around the Prime Minister are frustrated by the power his wife is said to wield.

A spokesman for Mrs Johnson slammed the “cruel allegations” which were part of a “calculated attempt” by bitter ex-officials to “attack Mrs Johnson”.

A Tory source said: “Carrie has for some time been the target of an increasingly brutal briefing campaign to attack and discredit her. It is deeply unpleasant.”

And a senior minister accusing critics of playing “the wife not the ball”.

The book claims to lift the lid on the in-fighting which culminated in the resignation of chief aide Dominic Cummings in 2020.

Among the explosive anonymous claims are allegations Carrie would use the PM’s phone to “try to control events”.

In retaliation Mr Johnson’s aides tried to side-line her by booking taxis to take her to campaign meetings but told drivers to take meandering routes.

The PM is reportedly furious about the claims and believes Lord Ashcroft has used accounts of disgruntled ex-staffers to tell lies about him.

The book claims the PM was so scared of his wife that aides were told not to antagonise her to make life “bearable” for him.

It quotes him as telling them: “Don’t do anything that’s going to make her torture me when I get home.

“You’ve just got to help me. My life at home’s miserable. You’ve got to find a way to make this bearable for me.”

As the Prime Minister struggles to get a grip on Downing Street turmoil a slew of negative stories were being circulated by his political foes.

Mr Johnson’s allies are livid the PM’s wife is being targeted when she cannot speak out herself, with one minister accusing critics of playing “the wife not the ball.”

One supportive MP said: “attacking the PM is fair enough, but going for his family is a new low.”

Friends of the PM have said he believes the attacks are motivated by sexism.