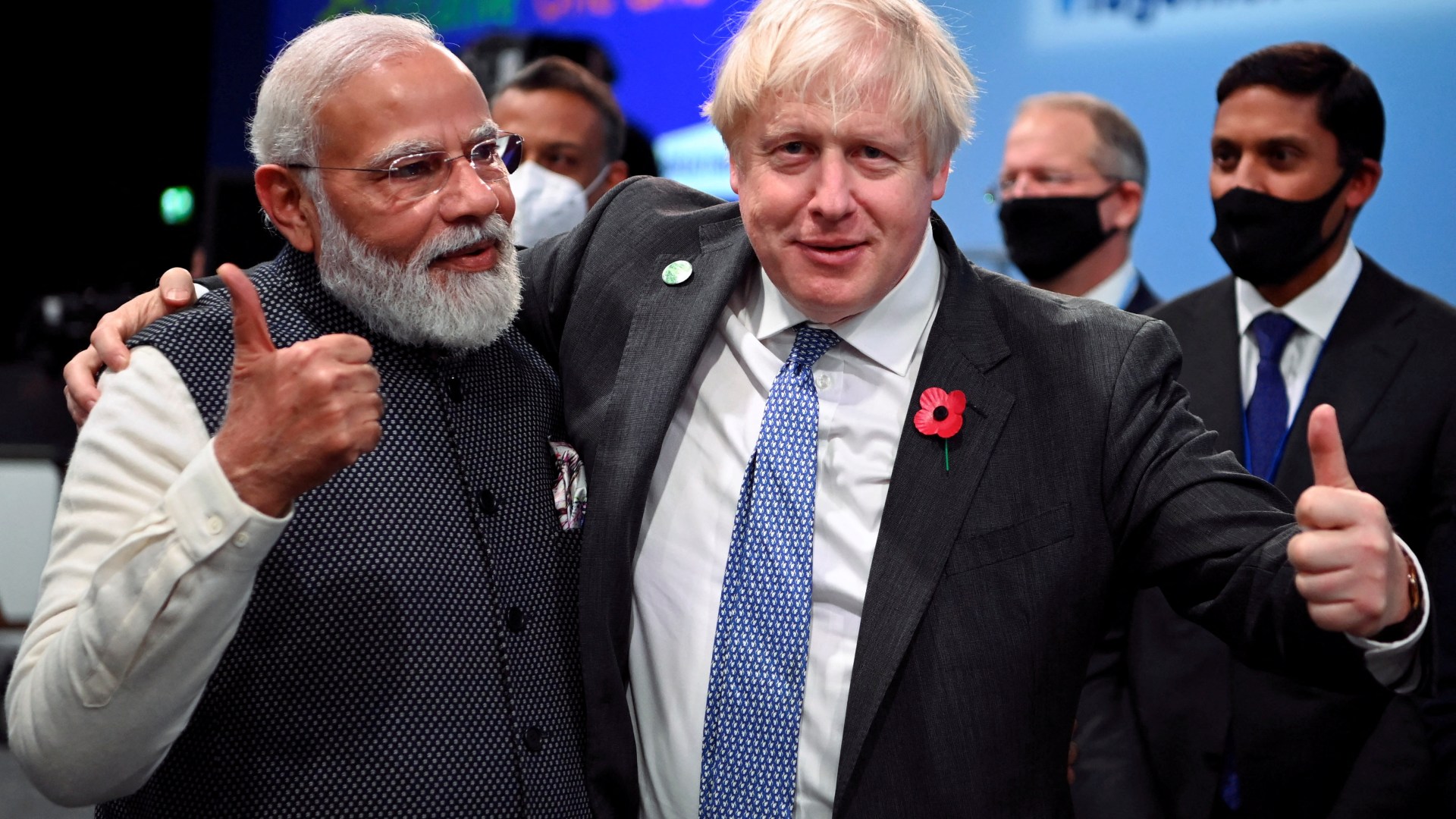 BORIS Johnson says a Brexit free trade deal with India can be signed “by the autumn” as he battled to save his landmark tour of the emerging superpower.

And the PM hinted the future deal will accept demands for more Indian migrants coming to the UK, saying “I’ve always been in favour of talented people coming to this country.”

Today he will meet Indian PM Narendra Modi insisting: “We’re hoping to complete another free trade agreement, with India, by the end of the year, by the autumn.”

But he said he would not shirk from raising India’s support for Vladimir Putin’s Russia during their talks in Delhi this afternoon.

Mr Johnson was greeted like a rock star when he arrived in India yesterday to streets lined with well-wishers waving Union flags and the Indian tricolour.

Giant posters of his face lined the route from the airport in Gujarat with hundreds of Indians taking to the streets to catch a glimpse of his entourage.

But events in Westminster risked derailing the entire visit as a fresh leadership crisis exploded over Partygate in London.

And the trip itself was not without controversy – after the PM was criticised for visiting a JCB factory in Gujarat, while their bulldozers are being used by the Indian authorities to tear down Muslim-owned properties in a sectarian dispute.

The PM said: “We always raise the difficult issues, of course we do, but the fact is that India is a country of 1.35 billion people and it is democratic, it’s the world’s largest democracy.”

He was speaking after posing for pictures in a JCB bulldozer after being shown around the new plant by owner Lord Bamford, who is a major Tory donor.

On his JCB visit, Mr Johnson hailed the factory as the “living, breathing incarnation of the umbilicus between the UK and India”.

“This is a world-leading factory – 600,000 diggers a year coming from India, exported from India to 110 countries with British technology.”

The UK and India are also to sign a new accord, relaxing arms export rules to the country despite its controversial human rights record and creeping authoritarianism

The UK and India will also launch a new fighter jet programme together and work in partnership on underwater battlefield technology.

“The UK’s partnership with India is a beacon in these stormy seas.

“Our collaboration on the issues that matter to both our countries, from climate change to energy security and defence, is of vital importance as we look to the future.

“I look forward to discussing these issues with Prime Minister Modi in New Delhi today and working together to deliver a more secure and prosperous future for both our peoples.”