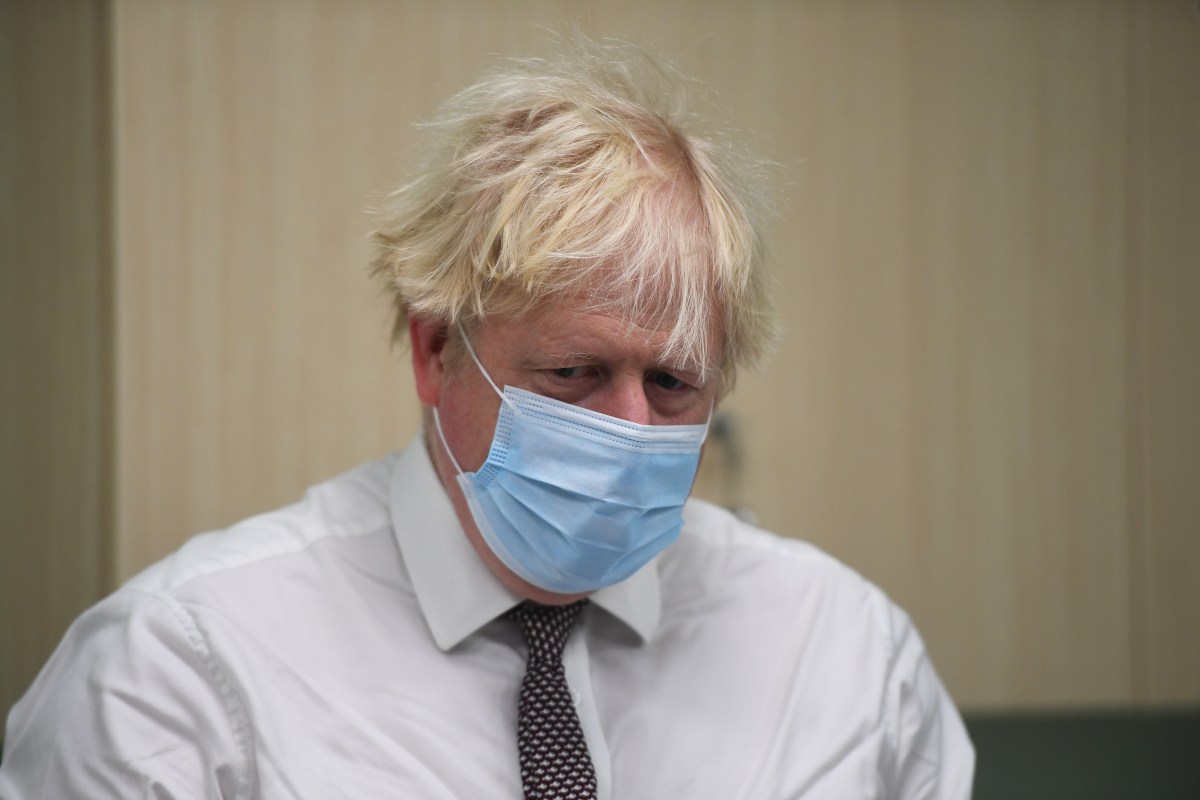 SQUIRMING Boris Johnson today refused to apologise for his botched bid to save sleaze-mired Owen Paterson – as he fell behind in the polls.

Speaking for the first time since abandoning a controversial plan to protect the now departed Tory MP, the PM tried to draw a line under the row.

On a hospital visit to Northumberland he said: “Frankly I don’t think there’s much more to be said about that particular case, I really don’t.”

He declined multiple times to say sorry for attempting to support Mr Paterson by overhauling Parliament’s entire standards system with a Tory-stacked panel.

Mr Paterson was found in breach on rules by using his position as an MP to benefit two companies that paid him more than £100,000 a year.

The PM also tried to palm of the thorny issue of whether MPs should be allowed second jobs onto Speaker Sir Lindsay Hoyle.

His visit to the North East meant he wasn’t in the Commons for a stormy debate about the Paterson row that saw rival MPs skewer him in his absence.

Responding for the Government, Cabinet Minister Steve Barclay did come close to an apology.

He said: “I’d like, first and foremost, to express my regret and that of my ministerial colleagues over the mistake made last week.

“We recognise there are concerns across the House over the standards system and also the process by which possible breaches of the code of conduct are investigated.”

The Paterson sleaze scandal has ignited calls for MPs to be barred from also holding lucrative consultancy jobs.

Dozens of MPs are trousering tens of thousands of pounds each year by advising big firms alongside their parliamentary work.

Cabinet Minister Anne-Marie Trevelyan appeared to back a crackdown, saying: “I think the question of whether MPs having jobs that involve lobbying, I think, perhaps should be looked at again.”

Mr Johnson said: “All those kind of things are issues that the Speaker’s panel – whatever he is going to set up – will have a look at.”

The row has seen Sir Keir Starmer leapfrog Boris in the polls in the clearest sign yet voters are angry with the government’s handling.

An Ipsos Mori survey saw the Tories drop four points to 35 per cent, while Labour stood firm on 36 per cent.

Yesterday Environment Secretary George Eustice drew flak for dismissing the Paterson row as a “storm in a teacup”.