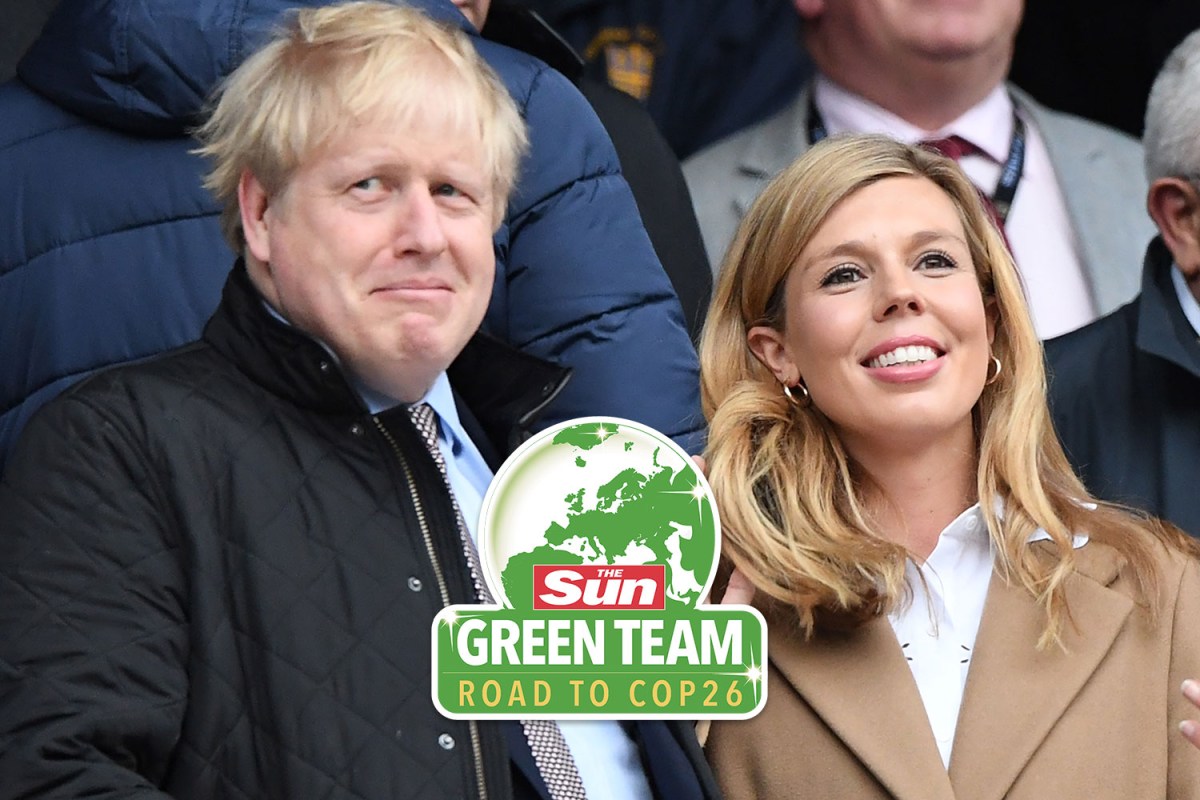 BORIS Johnson warned the world could be plunged back into a new Dark Ages unless climate change is halted.

The PM said we stand on the brink and could go backwards as we did “after the fall of the Roman Empire” unless drastic action is taken.

Failure to act could lead eventually to food and water shortages, war and the spread of squalor and illiteracy.

The PM, on a plane to Rome for the G20 summit, will deploy his secret weapon — pregnant wife Carrie — to try to charm world leaders into taking action.

He will use the meeting to bang the drum for COP26 in Glasgow next week.

Mr Johnson said: “Unless we get this right in tackling climate change, we could see our civilisation, our world, also go backwards.

“And we could consign future generations to a life that is far less agreeable than our own.”

He explained: “Look at evidence of the decline and fall of the Roman Empire.

In urging world leaders to take action to save the planet, he claimed the world was like a football team 5-1 down at half-time, saying there is a lot to do, but we can win. But he laughed off calls by scientists to eat less meat, insisting he is focused on getting international leaders to slash emissions.

He wants China to go faster in weaning itself off coal and cutting greenhouse gases.

THE NHS is to start using electric ambulances in a drive to go green.

Ministers say the entire fleet with be zero-emission by 2030.

The new ambulances will be as fast as the old ones and can do 300 miles on a charge.

Meanwhile, NHS trusts will also be adopting reusable scrubs and gowns made from plastic recovered from the sea.