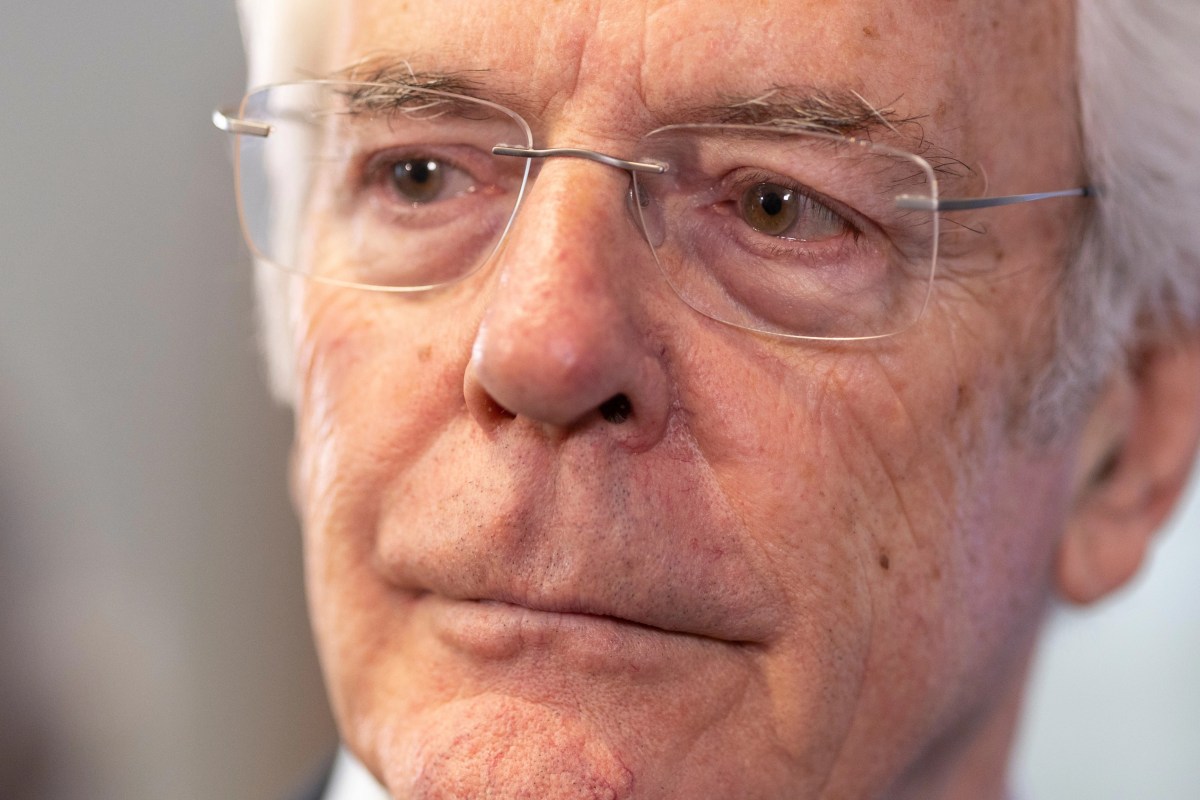 Sir John stuck the knife into the PM by declaring him guilty for Partygate even before the Met probe wraps – but ran away from questions about his own chequered career.

The ex-Tory PM ramped up his long-standing criticism of his successor with a blistering speech accusing him of dreaming up “brazen excuses” for lockdown flouting.

He said BoJo’s “shifty” government had dragged trust in politicians to a “low ebb, eroded by foolish behaviour” in No10.

But critics were quick to point out Sir John’s own period in office in the 1990s – tarnished by sleaze and his own notorious affair.

At the event he refused to answer questions from The Sun about his own time in office.

Arch-Remainer Sir John put the boot in as Mr Johnson flew to Nato HQ in Brussels for crisis talks about Ukraine.

He told an event at the Institute for Government: “At No 10, the Prime Minister and officials broke lockdown laws.”

“Brazen excuses were dreamed up. Day after day the public was asked to believe the unbelievable.

“Ministers were sent out to defend the indefensible – making themselves look gullible or foolish.”

But he refused to repeat that Mr Johnson was bang to rights when reporters pressed why he was making such charges before Scotland Yard’s inquiry has finished.

Appearing to backtrack, Sir John said the matter still being investigated – but that breaking the law would be a resigning matter.

Sir John also said that “a casual glance at overseas comment shows our reputation is being shredded”.

The PM bit back this afternoon and branded the comments “demonstrably untrue”.

He also promised to answer further questions about the Partygate saga when Scotland Yard’s investigation finishes.

More than 50 members of No10 staff are being probed about the avalanche of parties during lockdown.

Sir John’s period in office from 1990 to 1997 was rocked by sleaze scandals including cash for questions and David Mellor’s affair.

In 2002 his four-year affair with fellow minister Edwina Currie was also exposed.