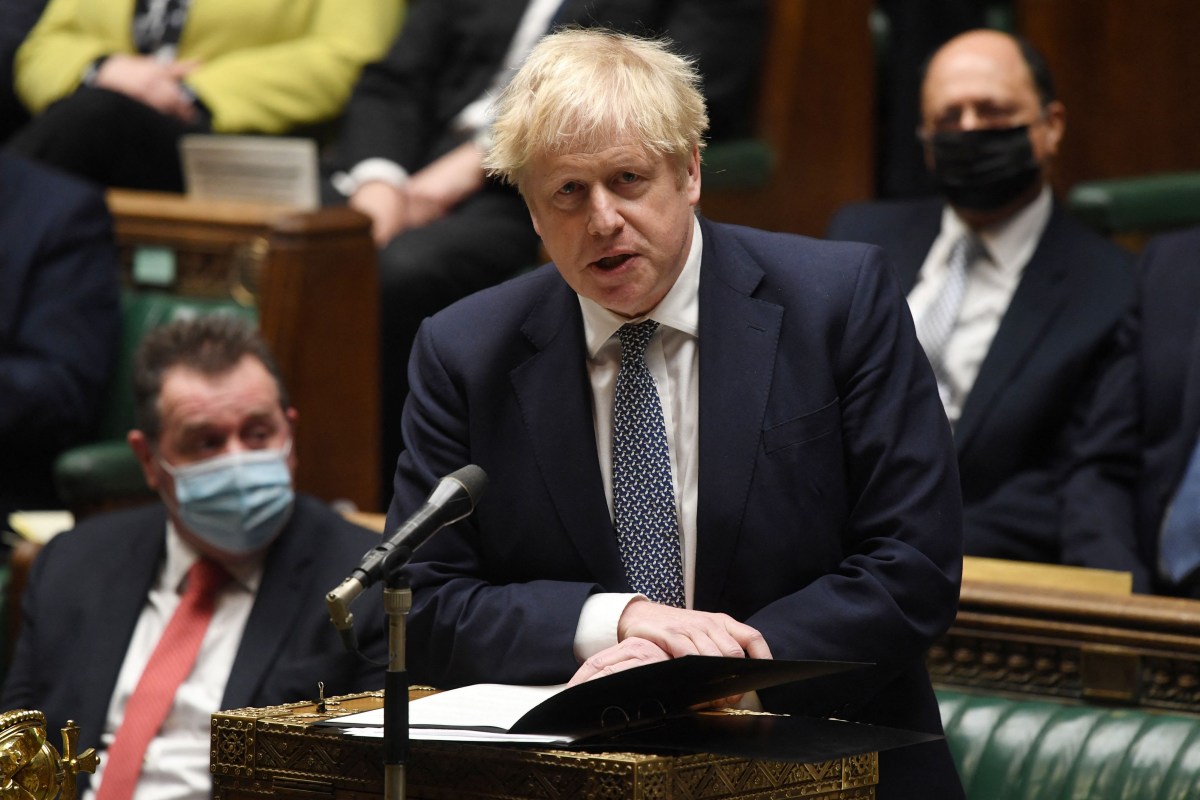 BORIS Johnson will stare down blood-smelling MPs this afternoon as he takes on PMQs in the jaws of the Partgate police probe.

The defiant PM is expected to come out fighting when he enters the Commons bear pit at noon – with Sue Gray’s report due any moment.

Downing Street had not received her findings early this morning but were braced to be handed them “imminently”, meaning the inquiry could be made public today.

Damning conclusions could send the crisis nuclear and trigger mutinous Tory MPs to submit letters of no confidence in their leader.

Mr Johnson’s weekly clash with Sir Keir Starmer is already poised to be fiery as the Labour leader seeks to twist the knife into the PM’s woes.

On another dramatic day:

Yesterday Mr Johnson put on a brave face as he “welcomed” Scotland Yard’s investigation into around eight Downing Street and Whitehall parties.

He said it would “draw a line” under the saga and let him get on with running the country.

Met chief Dame Cressida Dick yesterday poured petrol on the Partygate crisis by announcing her cops were looking into the allegations of rule-breaking.

It could see a slew of No10 aides or even the PM slapped with Fixed Notice Penalty of at least £200.

Cabinet allies threw a protective arm around the PM, with Jacob Rees-Mogg saying the government had gone from “strength to strength” under his watch.

And Sir Edward Leigh added: “When European stands on the brink of war and there is cost of living crisis can we please have a sense of proportion over the Prime Minister being given a piece of cake in his own office by his own staff.”

Transport Secretary Grant Shapps was wheeled out to defend the PM’s so-called birthday party in the No10 Cabinet rooms in June 2020.

He said it was probably “unwise” to hold an impromptu celebration – but stressed it was not a party just because “someone says… here’s a cake”.

And PM ally, Conor Burns, told Channel 4 News: “As far as I can see, he was in a sense, ambushed with a cake.

“They came to his office with a cake, they sang happy birthday, he was there for ten minutes.

“I don’t think most people looking at that at home would characterise that as a party. I support him, I want him to continue as Prime Minister.

Deputy PM Dominic Raab refused to speculate as to what would happen if the PM had to resign told a reporter: “You’re getting well ahead of yourself, we await the outcome of Sue Gray’s inquiry. I have full confidence in the Prime Minister.”

But former minister Tobias Ellwood told Sky News: “I think my confidence in Boris is slipping away.”