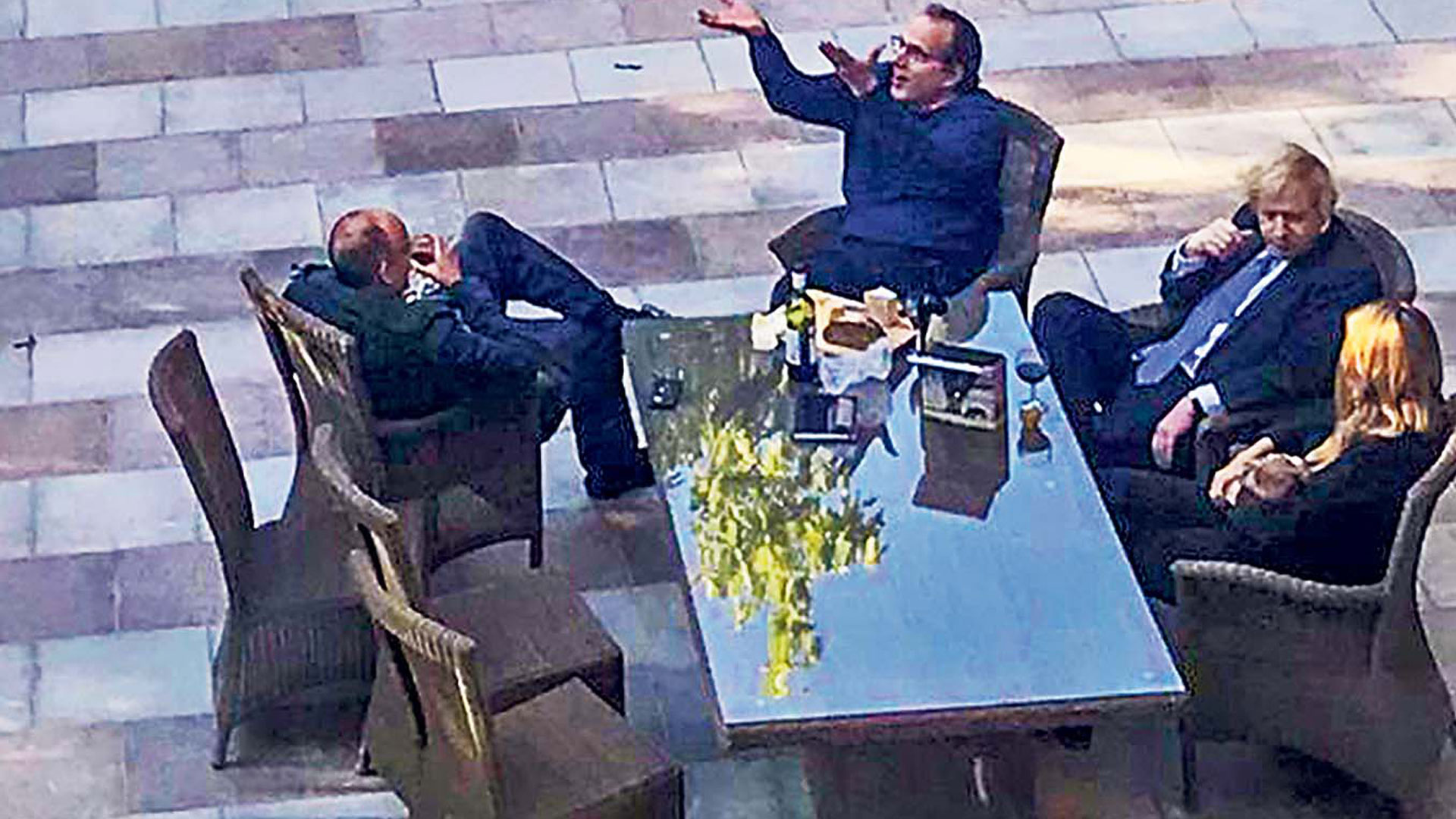 BORIS Johnson is braced for a second Partygate fine for attending a bring your own booze bash in the No10 garden.

Cops have started doling out penalties to those who were at the infamous knees-up in May 2020 – which the PM and his wife Carrie both attended.

Last night Downing Street said Mr Johnson had not yet received a fine.

Under-fire Boris is already battling for his political life after being clobbered with a £50 fixed penalty notice for attending a lockdown breaking birthday party in No10 in June 2020.

Furious Tories have warned Boris will be toast if he gets more fines.

He sent an email to over 100 Downing Street staff inviting them to “socially distanced drinks” to “make the most of the lovely weather”.

His email added: “Bring your own booze!” England was in strict lockdown at the time and it was illegal to meet more than one person outdoors.

Boris has previously apologised for attending the party, which he insisted he thought was a “work event”.

He was there for around 25 minutes.

Speaking to Parliament in January, he grovelled: “With hindsight, I should have sent everyone back inside and found some other way to thank them.”

But a growing number of Tory MPs are calling for Boris to quit over the scandal.

Tobias Ellwood said: “It’s now when not if a vote of confidence takes place”.

A senior Tory told The Sun they expect a leadership challenge to be mounted after the local elections next month.

“Especially if he gets stung with more fines.”