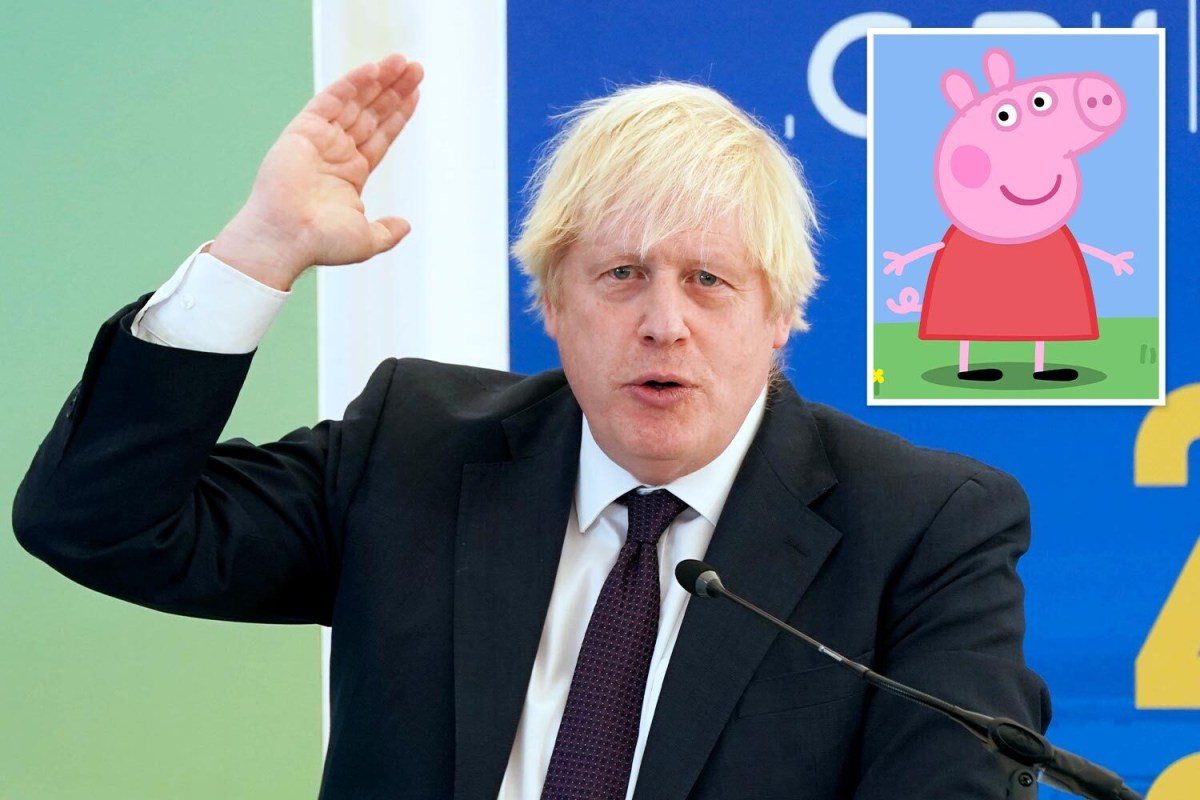 BORIS Johnson was battling a Tory rebellion last night after a rambling speech about Peppa Pig bombed and a backlash over his social care cap plans grew.

Key Cabinet ally Lord Frost broke cover to warn the Prime Minister he must slash taxes to save his bacon after weeks of infighting.

The PM’s attempt to love-bomb business was wrecked after he lost his place and descended into a rant about Peppa Pig.

BoJo, in a major address to business chiefs at the CBI conference in Newcastle, vowed to slash their taxes as he tried to make up after months of sniping at them for not paying staff enough.

But it was his boast that he wanted to make Britain more like Peppa Pig World that raised eyebrows in the room.

The PM hailed the theme park in Hampshire, where he was spotted with wife Carrie and son Wilf at the weekend, as “my kind of place”.

He added: “It has very safe streets, discipline in schools, heavy emphasis on new mass transit systems.” But he went on to have a pop at the much-loved kids cartoon.

Half-way through his bumbling performance, he lost his place in the speech and rifled furiously through his notes, frantically apologising.

The antics sparked fresh No 10 infighting after a tough few weeks of issues with sleaze, transport and social care.

A senior Downing Street source told the BBC: “There is a lot of concern about the PM, it’s just not working.

“Cabinet needs to wake up and demand serious changes otherwise it will keep getting worse.” That set off a backlash with fingers pointed at Rishi Sunak aides for the broadside.

Insiders suggest that relations between the Chancellor and No 10 chief of staff Dan Rosenfeld “have not recovered” from clashes over his Spending Review earlier this month.

The Sun understands Mr Sunak has on occasions asked Mr Johnson’s key aide to leave the room during meetings so he can speak to the PM alone.

The key–Johnson ally in Cabinet said he agreed with the Chancellor’s calls for a low tax economy, massively upping the pressure on the PM.

Straying way beyond his Brexit brief, Lord Frost warned the PM must ease the burden on ordinary Brits and businesses if we’re to make a success of quitting the EU.

He said in a speech: “Low taxes – I agree with the Chancellor. As he said in his Budget speech, our goal must be to reduce taxes.”

The punchy intervention came amid weeks of pressure on the PM to up his game amid leadership grumbles at Mr Johnson’s team.

The top minister insisted his job is “to drive change within government” and stop No 10 getting “captured” by lobbyists.

Lord Frost also called for a bonfire of red tape and pressured the PM not to bring back Covid restrictions like masks.

He said Brexit is “bringing back” Britain’s entrepreneurial spirit but will only succeed if we “seize these opportunities”.