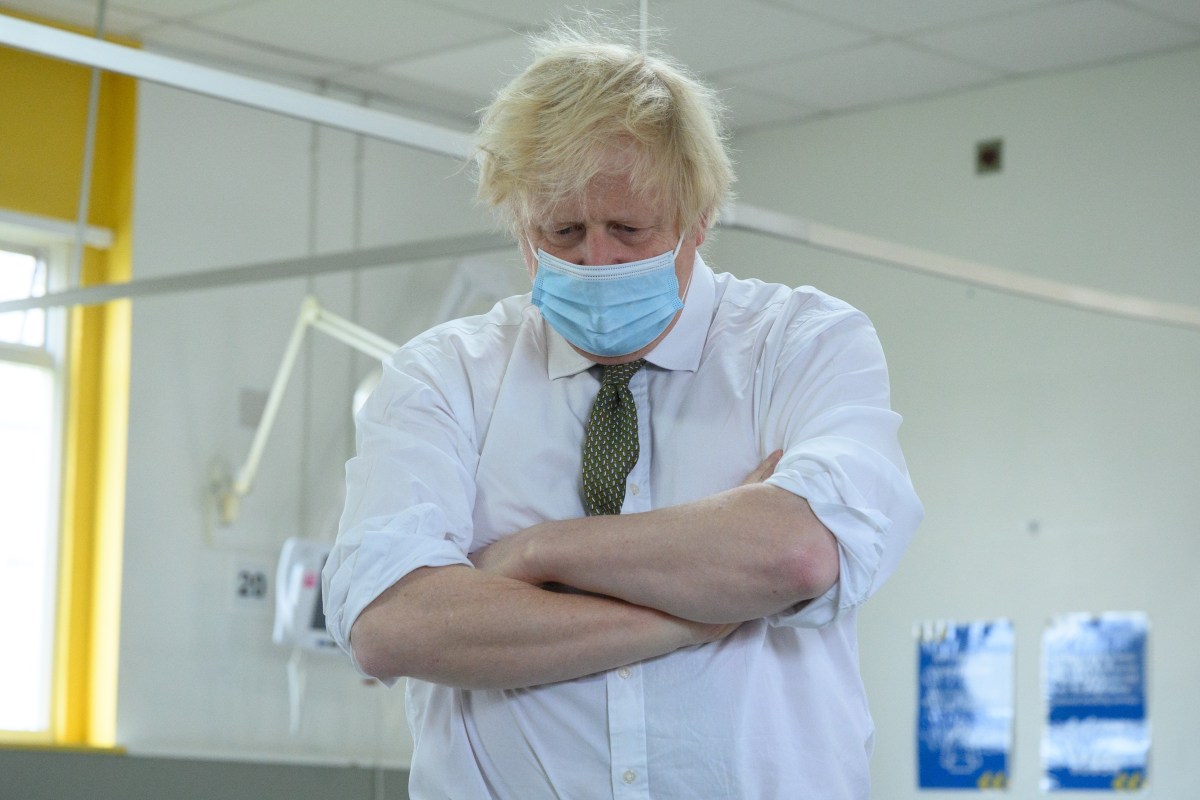 The PM admitted the No 10 party scandal and Tory sleaze had hit his party and distracted from the fight against Omicron.

He described the result as “very disappointing” and said he has to “put my hands up” about the Government’s message getting lost.

Last night the Lib Dems wiped out the 23,000 Tory majority in North Shropshire in one of the biggest ever by-election swings.

The contest was sparked by the resignation of Conservative MP Owen Paterson after he became embroiled in a lobbying scandal.

“I hear what the voters are saying in North Shropshire and in all humility I’ve got to accept that verdict.

“I’m responsible for everything that the Government does and of course I take personal responsibility.”

Boris said it’s his “job as Prime Minister to get the focus onto the stuff that really matters to all of us”.

He admitted that the Government’s message on booster vaccines, crime, borders, and levelling up had been drowned out.

And he said: “I understand that what voters want us as the Government to be doing at all times is to focus on them and on their priorities.

“What’s been going wrong is that in the last few weeks some things have been going very well, but what the people have been hearing is just a constant litany of stuff about politics and politicians.

“The job of the Government is to make people interested in the booster rollout and in skills and in housing and in everything else we’re doing and unfortunately we haven’t been able to get the focus on those issues.

“I’ve got to put my hands up and say have I failed to get that message across in the last few weeks, has it been obscured by all this other stuff? Yes, I’m afraid it has.”

North Shropshire had been in Tory hands for most of the last two centuries and heavily backed Brexit in the 2016 referendum.

Ms Morgan had a scandal-hit campaign when social media posts emerged of her comparing Priti Patel to a Nazi.

In shocking comments revealed by The Sun she told the Home Secretary to tear up her copy of “Goebbels’ manual”, in a reference to Hitler’s right-hand man and sick propaganda chief.

The 46-year-old accountant – who had also likened the experience of Channel migrants to Jewish prisoners at Auschwitz – was forced to make a grovelling apology.

She said: “I apologise for this insensitive tweet which I have taken down.”

The Lib Dems hailed the shock 34 per cent swing and vowed to continue their assault on Mr Johnson’s southern heartlands.