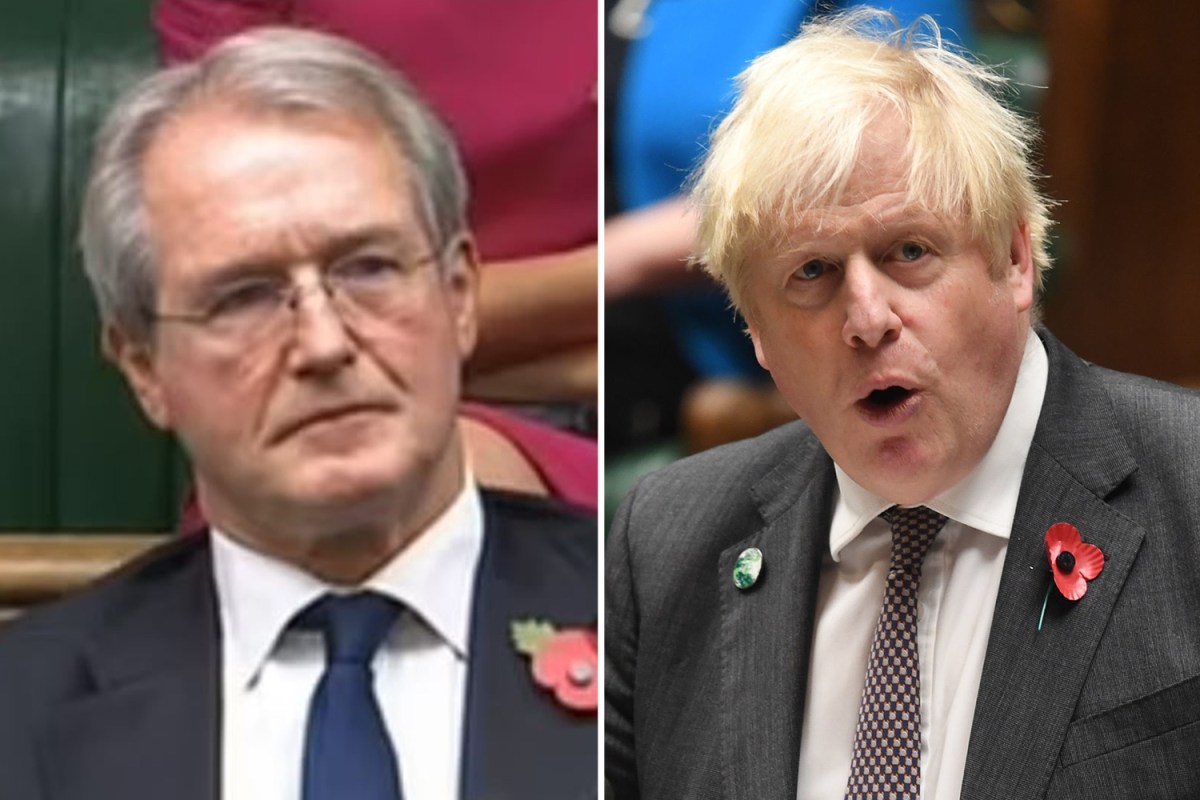 THE PM was yesterday accused of making it a “dark day for democracy” after tearing up anti-sleaze rules to protect a Tory MP.

Ex-Cabinet minister Owen Paterson was set to be kicked out of Parliament for 30 days after misusing his position.

But he was saved after Boris Johnson ordered MPs to vote to rip up the rules.

A Tory-dominated panel will now be created to oversee a new appeals process.

Labour’s Sir Keir Starmer accused the Tories of “outright corruption” and said his party will have nothing to do with “this complete and utter sham process”.

And Labour said the PM has plunged the Tories back into the dark days of cash-for-questions.

A spokesman for Angela Rayner called the amendment a “grubby stitch-up”.

Fifty-one Tories defied No10 to vote against.

His colleague Aaron Bell warned: “It looks like we are moving the goalposts.”

Father of the House Sir Peter Bottomley said: “We chose the system. If we want to consider changing it, we do it in a proper way instead of considering it in the way we are now.”

Chris Bryant, chairman of the Committee on Standards which oversaw the case, told The Sun afterwards: “This is a terribly dark day for democracy.

“The rule of law means we don’t change the rules to protect a friend or attack a foe. That is what Russia does — not Britain.”

North Shropshire MP Mr Paterson was found to have used his job to lobby ministers and officials for two companies that paid him £112,000 as a consultant.

He said the investigation “did not comply with natural justice” as he was not given a chance to call witnesses.