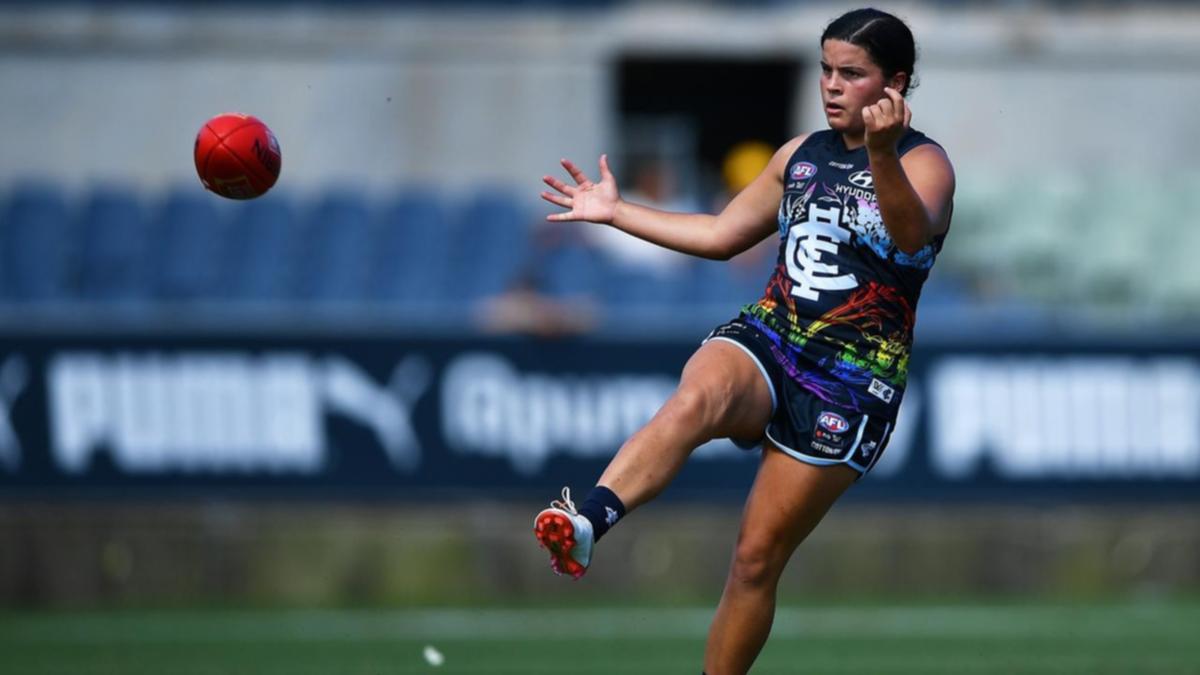 AFLW expansion side Essendon have struck a massive blow to an arch rival ahead of their inaugural season, luring star duo Madison Prespakis and Georgia Gee away from Carlton.

Midfield gun Prespakis was named the Blues’ best player for the third time this season, having won the league best-and-fairest award two years ago.

The 21-year-old has jumped at the chance to join the club she barracked for as a child and will be joined at Essendon by Gee, who was one of Carlton’s most dangerous and creative attacking players in recent seasons.

Stream Seven’s coverage of AFLW for free on 7plus >>

Their moves, confirmed on Monday, are a coup for Essendon ahead of a likely August start to the next AFLW season.

They also highlight the lengths the four expansion teams – Sydney, Port Adelaide, Hawthorn and the Bombers – will go to in order to pull together competitive squads.

Essendon’s offer to Prespakis is reportedly worth a six-figure sum over two years, which Carlton women’s football manager Brett Munro said the Blues could not match.

“The introduction of four new expansion clubs was always going to create a significant challenge in terms of being able to retain your players,” Munro said.

“It is obviously disappointing to lose Maddy and Georgia, there is no shying away from that, given our significant investment in both of them to date over the last four years and five years respectively.

“Our intention, which we had made known right throughout discussions, was to have them both part of the team success we are building with this playing group, to go along with the individual success they have deservingly earned so far in their careers.

“However the reality is that some of the offers being made in regards to player movement this off-season are very significant.

“That has its positives for the AFLW competition as a whole but for existing clubs, it places you in an unavoidably tough situation in terms of being able to compete with those offers.”

Essendon football manager Josh Mahoney hailed the recruitment of Prespakis and Gee as a win for the club.

“To attract such high-calibre players to the club is a fantastic reflection on the program we have established throughout the VFLW and the program we continue to build as we head towards our first AFLW season,” Mahoney said.

“We are setting high expectations for our AFLW team from the beginning and building a program that will give our players an opportunity to be the best they can be.”