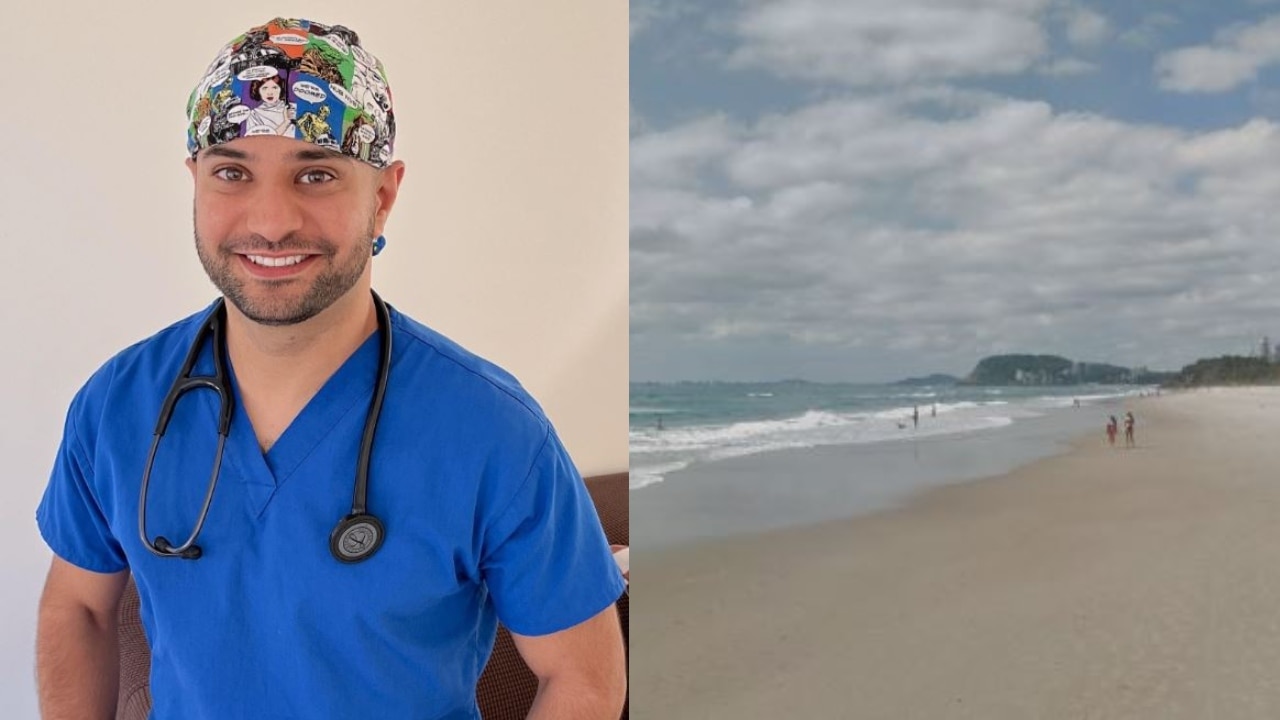 The cancer researcher was among several brave beachgoers who rushed to a swimmer’s aid on Thursday night – but he tragically failed to return to the shore.

The body of a doctor who fled from Iraq has been found on the Gold Coast one day after he heroically attempted to save a struggling swimmer.

Queensland Police on Saturday morning confirmed the body of Dr Luqman Jubair was located by members of the public in waters off Mermaid Beach overnight.

The 35-year-old was dragged out to sea at about 6pm on Thursday after he tried to rescue a swimmer who found himself in trouble at Miami Beach.

The world-leading cancer researcher was among several brave beachgoers who rushed to the man’s aid after being alerted to the swimmer by a fisherman.

The swimmer was saved by the fisherman and two other men but Dr Jubair tragically did not return to the shore.

An extensive land, air and water search was swiftly launched but found no sign of the missing 35-year-old.

Dr Jubair fled Iraq in 2014 and travelled to Australia, where he requalified as a doctor and went on to work at the cancer research centre at Griffith University.

Nigel McMillan, who worked with Dr Jubair at Griffith, told ABC Radio Gold Coast the doctor was “a great colleague, friend and a dedicated scientist”.

“He’s someone who came from a pretty harsh background — from Iraq, and came to Australia for opportunity. Very talented, medically qualified. And he’ll be someone that we’ll sorely miss,” Dr McMillan said.

“We’re shocked obviously, to hear the news, but in some ways not surprised that he went into the surf to do that particular rescue, it’s the sort of person he was. An incredibly, singularly brave act.”

Dr McMillan also posted a tribute to Dr Jubair on Facebook, which was flooded with supportive comments.

“What incredibly sad news to wake up to. Luqman was such a lovely person and I always loved seeing him at a Griffith University functions,” another said.

“RIP Luqman – you deserved so much more but definitely died a hero.”

“It’s a tragic tale where a member of the public has attempted to do the right thing and stepped in to save the life of another person and unfortunately has found themself in some difficulty,” he said.

Queensland Police will prepare a report for the Coroner.