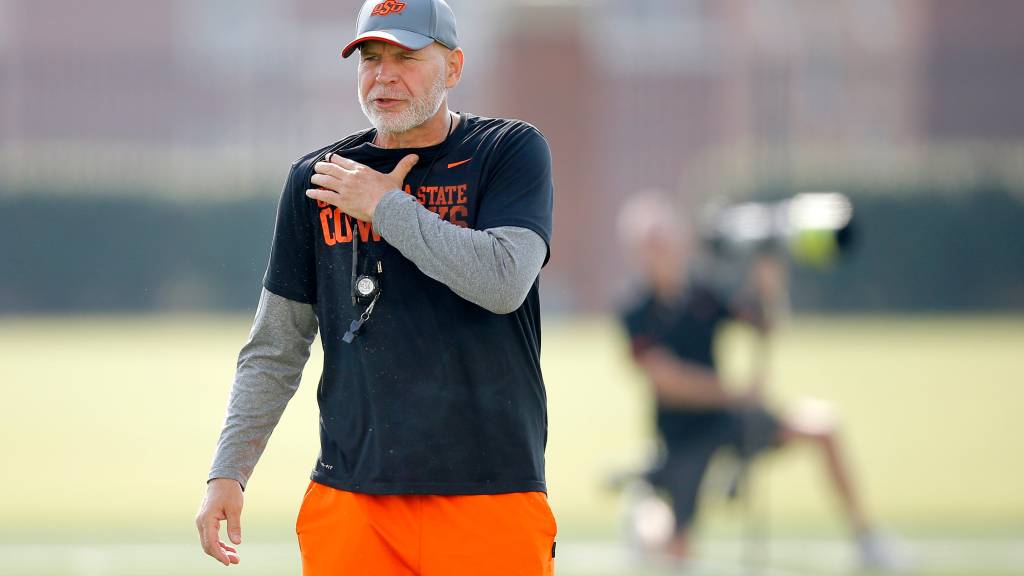 Florida officially announced the hiring of Billy Napier to replace Dan Mullen as head coach on Sunday. Though Napier has one more week at Louisiana, where he will coach the Ragin’ Cajuns in the Sun Belt Championship against Appalachian State, he’s reportedly already targeting two top defensive coordinators for his staff at UF.

Per 247Sports’ Carl Reed, the two coaches that have emerged as candidates are Oklahoma State’s Jim Knowles and Houston’s Doug Belk.

Knowles is an experienced coach that has been around the block. At 56, he brings head coaching experience to the table (he was the head man at Cornell from 2004-09) and after that, he served as the defensive coordinator at Duke from 2010-17 under David Cutcliffe before taking his current job at Oklahoma State.

Belk, meanwhile, presents a much younger option. He began his career as an assistant at Valdosta State before joining Nick Saban’s Alabama staff as a graduate assistant in 2014, coaching the next three seasons alongside Napier, who was the receivers coach.

After two years as cornerbacks coach at West Virginia, he followed coach Dana Holgorsen to Houston, becoming the co-defensive coordinator and safeties coach for the Cougars. He was named assistant head coach in 2020, and the “co” part of his title was dropped this season.

He’s considered one of the up-and-coming defensive coaches in the country, and he could be a target for head coaching searches in the coming years.

Both of these hires would make a lot of sense for different reasons, and it’s clear that Napier is interested in aggressively going after top assistant coaches if these reports are accurate.