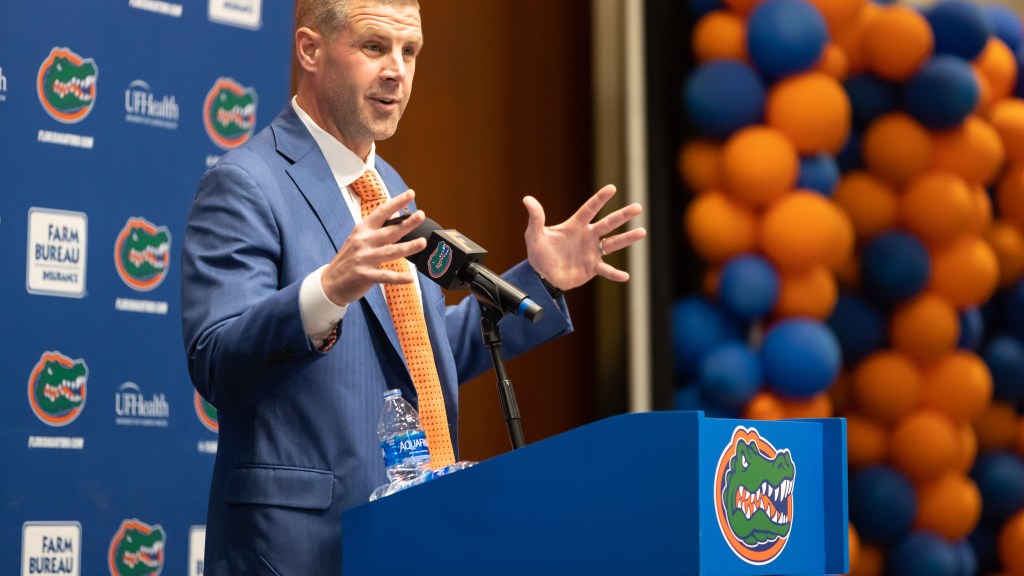 Billy Napier joined the Paul Finebaum Show on the SEC Network on Friday for the first time as Florida’s head coach. The interview started with some friendly banter and Finebaum didn’t press any hard questions as Napier repeated many of the remarks made at his introductory press conference.

Napier reiterated his intention to hire a staff the size an NFL team would have to ensure the evaluation process goes smoothly when deciding which players to bring on board. The process was refined at Louisana, and Napier said that Florida has the resources to execute his plan at a much greater level.

“Once you decide who you think is good enough to play for the Gators, then it’s about recruitment,” Napier said. “It’s about customer service. It’s about building relationships. It’s about selling the University of Florida.”

– @coach_bnapier describes his goal for the Florida program. pic.twitter.com/YTCyehAvtD

Finebaum didn’t ask any direct questions about players entering the transfer portal or Florida losing many of the former coaching staff’s top commits in the first weeks of Napier’s tenure, but he did poke at some of the team’s struggles. Napier said that Florida should be able to recruit at the same level as the conference elite and that he plans to do so going forward.

Napier told Finebaum that he’s having a lot of one-on-one conversations with players and staff to find out what needs to change with the program. Establishing a good network of people is the first step in what looks to be a slow process to rebuilding Florida football.

“We’re going to do this one day at a time, we’re going to do it one person at a time,” he said. “And I think it’s important to listen to the people that were here. What did they learn? What was done well? Where did the train get off the tracks?”

Napier said that he’s already pinpointed a few changes that can be made to get the team headed in the right direction, but he refrained from getting into specifics.

“We can learn from the good, the bad and the ugly,” Napier said.