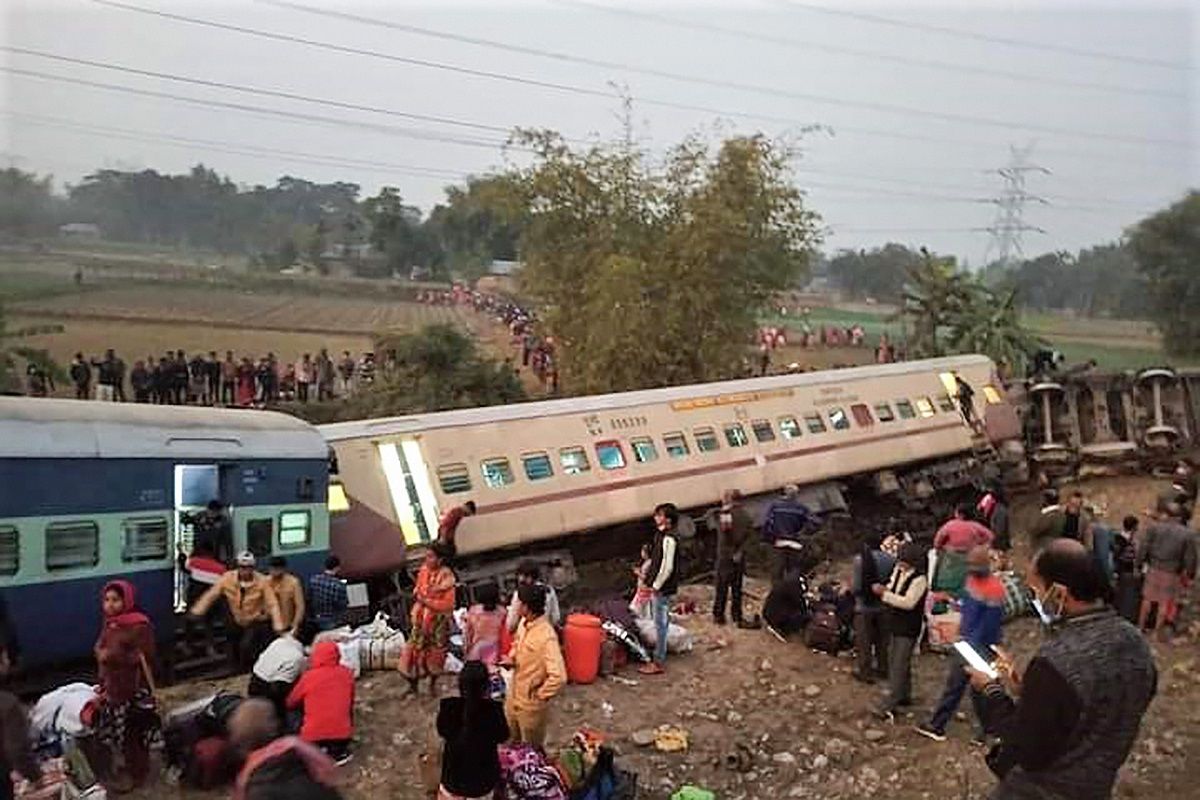 Jalpaiguri: Recalling the horrible experience they had, a survivor of the Bikaner-Guwahati Express train, which derailed in West Bengal’s New Jalpaiguri district on Thursday, said: “A heavy jerk followed a loud sound, I fell from my berth and everything went blank.” Twelve coaches of the train jumped the rails, and some of them overturned near Domohani, leading to the death of five people and injury of 45 passengers. The Commissioner, Railway Safety, will conduct an inquiry into the cause of the accident, a railway official said in New Delhi.Also Read – Bikaner-Guwahati Express Derails: Railway Orders High-level Inquiry, NFR Completes Rescue Ops | Key Points

The mishap occurred at around 5 pm in an area under the Alipurduar division of Northeast Frontier Railway, Northeast Frontier Railway (NFR) spokesperson said in Guwahati. A partially mangled coach got perched atop another under the impact, while a few bogies had hurtled down the slope and overturned. Hundreds of people from nearby villages gathered at the spot and lent a helping hand to passengers who had got trapped inside the collapsed coaches. Some of the bogies had gotten detached from the rest of the train under the impact, while some wheels came off. Also Read – Horrifying Visuals Capture Moment Bikaner-Guwahati Express Derailed In Bengal

“It was around 5 pm; I was speaking to my wife over the phone. All of a sudden, I heard a loud sound and there was a heavy jerk. I was thrown away from my berth and went blank. Later, when I regained consciousness, I was being taken inside an ambulance,” Sanjoy, a survivor, was quoted as telling a news channel. Also Read – Madhya Pradesh: 16 Coaches of Goods Train Falls Off Bridge, No Causality Reported

Some still looking for their kin

Some of the survivors were still searching for their near and dear ones who were with them inside the train when the accident happened. “My mother and I were having tea, when all of a sudden there was a sound followed by a severe shock and luggage kept on upper berths tumbled all around. The locals later rescued me, but I am yet to locate my mother. I don’t know what happened to her,” said another injured person.

Rescue operation has already been completed, the NFR statement said though it did not mention details on casualties and injuries in the mishap.

“We recovered three bodies from the accident site while two people died in the hospital,” Jalpaiguri District Magistrate Moumita Godara Basu said, adding at least 45 passengers were injured in the accident. The district magistrate said the death toll may go up as some of the injured passengers are in critical condition. Rescuers are thoroughly searching each coach for survivors and bodies through darkness and thick fog, Basu said.

The train was travelling from Bihar’s Patna To Guwahati in Assam. (Photo: ANI)

Manohar Pal, a local who was one of the first to reach the spot and take part in the rescue operations, said he was with his friends at a tea stall when they heard a loud sound. “We initially thought it was some sort of a blast. But as we rushed towards the source of the sound, we saw train coaches mangled with each other. We heard people screaming from the derailed coaches. We immediately tried to pull them out,” he said.