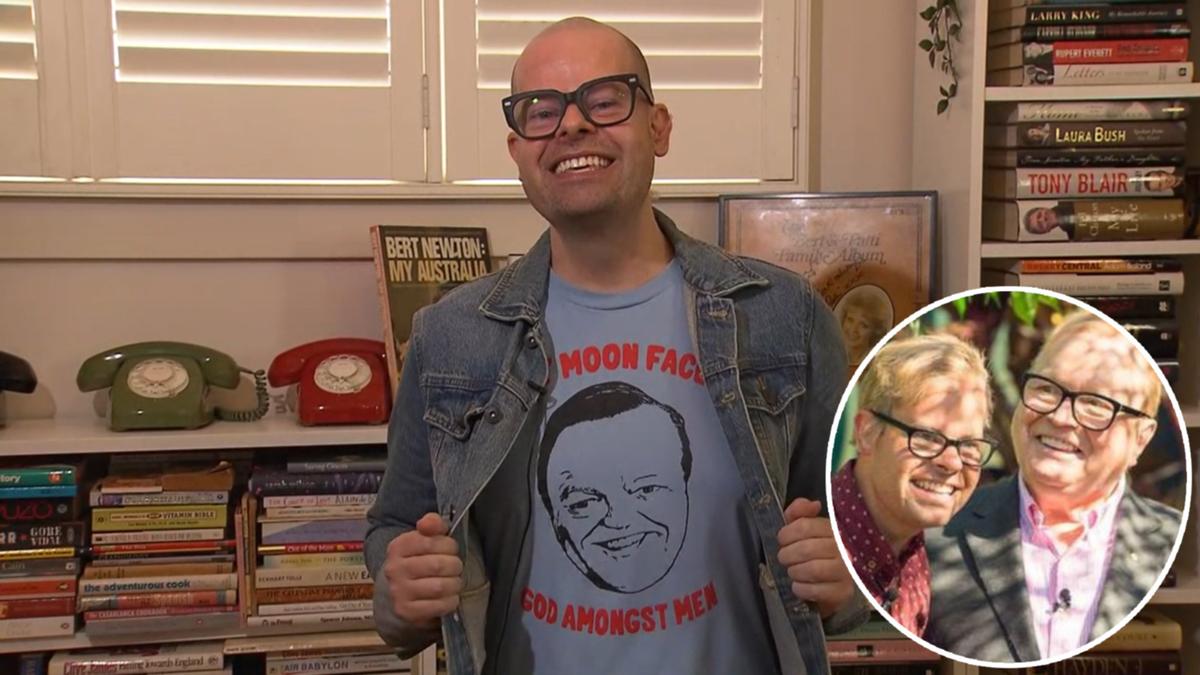 Ben Zabel won over the country when he appeared on Big Brother back in 2013, where he shared his encyclopedic knowledge of Australian TV, and particularly his admiration for Bert and Patti Newton.

Zabel’s dreams came true on the show when the celebrity couple surprised him inside the Big Brother house on his birthday, with the Newtons then continuing their friendship with Zabel for years afterwards.

Zabel joined The Morning Show from his home in Brisbane, surrounded by signed memorabilia from the Newtons and explained how his affection for the couple first began.

“I think Bert’s always been a part of my television diet, in fact, I think for this whole country we haven’t known television without Bert.

“I always loved it when I was sick and I didn’t have to go to school and I could sit at home and watch Good Morning Australia, that’s when I first fell in love with Bert,” he explained.

Zabel revealed what it was like when Bert and Patti serenaded him when he was appearing as a contestant on Big Brother.

“He’s such a special person. You have to understand when it comes to the Big Brother format just what a big deal that was … it’s a small moment in his career, it’s a blip, it’s a cameo … but the format has always been the same in that people from the outside never visit the house.

“When I was in the diary room, Big Brother said that he had two special people waiting to see me. And I just assumed it was my mum and my nanna … when I walked into that oasis which was a special place in the house when you won a physical challenge, there was Bert and Patti propped up on a bed singing Happy Birthday to me.

“Still to this day it’s one of the most special memories of my life, maybe actually the favourite memory to be honest,” Zabel revealed.

Zabel also had a special message to send to Patti ahead of Bert’s state funeral in Melbourne.

“It’s really tough and I get kind of emotional talking about it because Patti knows how I feel, she knows that I love her, she knows how much I care for her.

“Patti is not someone that stood behind Bert, she is someone that has stood beside Bert throughout his career, she is a wonderful person.

“But I’d really like to say to Patti, thank you so much for sharing Bert with all of us. Bert was a real gift and it would be very tempting to want to keep that for yourself and for your close family.

“But to share him with the rest of the country for as long as she did, we’re so much richer for it,” Zabel added.

Following extensive coverage on Sunrise across the morning, The Morning Show’s Kylie Gillies and Larry Emdur will co-anchor Seven’s broadcast from outside St Patrick’s Cathedral in Melbourne, where Newton’s wife Patti will be joined by family, friends and colleagues to pay their final respects to the award-winning entertainer and television icon.

7NEWS will join all of Australia to farewell Bert Newton, with special live coverage of the State Funeral Service to begin from 9.15am (AEDT) Friday, November 12 on Channel 7, 7plus, and streaming on 7NEWS.com.au