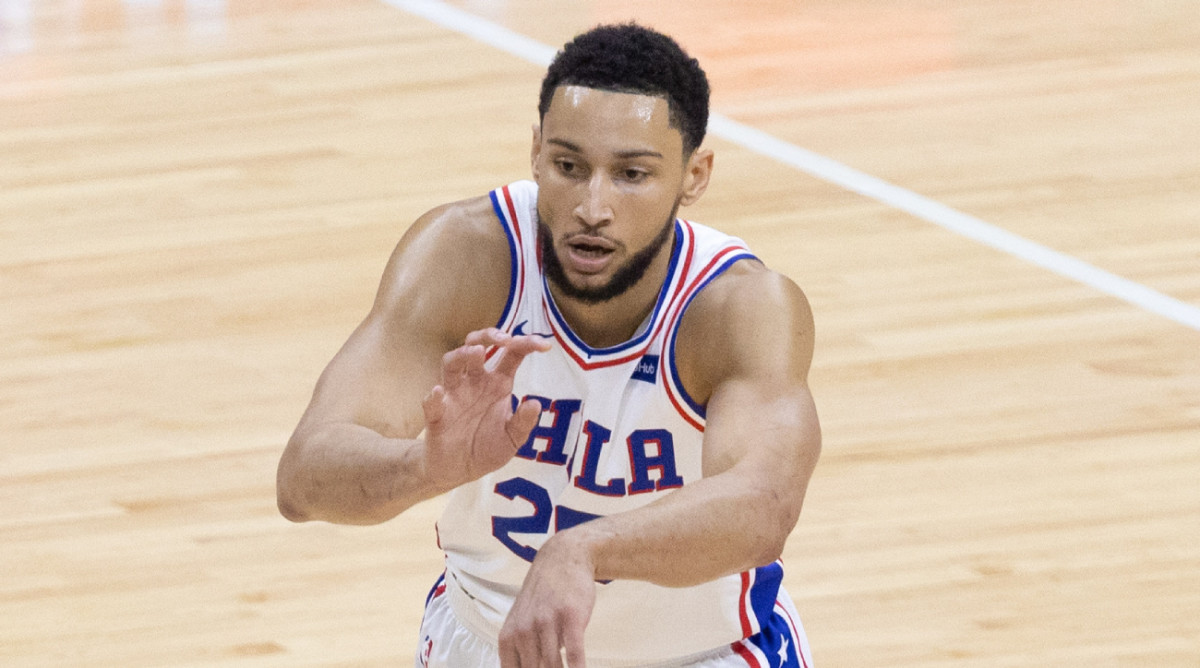 Ben Simmons will be in the Wells Fargo Center on Thursday night to watch new his team, the Nets, take on his former team, the 76ers, in a blockbuster matchup.

On top of that, Simmons’ grievance against the 76ers is expected to be filed soon, possibly even in the next couple of days, according to Philly Voice’s Kyle Neubeck.

Simmons has yet to make his 2021–22 season debut. He didn’t play at all for the Sixers this season before he was traded to the Nets on Feb. 10, and is still ramping up for his first game with Brooklyn. During that time, Simmons did not receive pay and was fined for his time missing out. He hopes to earn the money back with the grievance.

Every time Simmons missed a game, he was fined $360,000, which has added up to over $19 million this season according to ESPN. He hasn’t earned a paycheck since Oct. 1, when he was given $8.25 million.

Neubeck explained some of the reasoning behind the grievance claim.

“…Simmons and his representatives offered repeated fleeting explanations for his desire to be traded elsewhere, and eventually those explanations changed to why he simply wouldn’t/couldn’t do his job. Those ranged from alleged anger over being included in talks for James Harden, frustration over Embiid and Doc Rivers’ comments following Game 7, a back issue, and a mental health explanation that ultimately led to a team meeting, with Simmons telling his teammates in late October he was, ‘not mentally ready to play.’”

It is anticipated that the mental health component of Simmons’ argument will play a key part in the case — Philadelphia has never questioned that part of his absence. And, since joining the Nets, Simmons has actually participated in practices with his teammates. He rarely did so this year with the 76ers, and was reportedly kicked out of a practice and suspended for the team’s season opener for conduct detrimental to the team. Doc Rivers said he was a distraction to the team when discussing his decision to remove Simmons from the practice.

Neubeck admits that league sources have told him that the Sixers are in a “stronger position” regarding the grievance case. However, by Simmons filing it officially, the organization will be examined for their actions during the season. It might finally end the Simmons-76ers drama once and for all.

For more Philadelphia 76ers coverage, check out All 76ers.