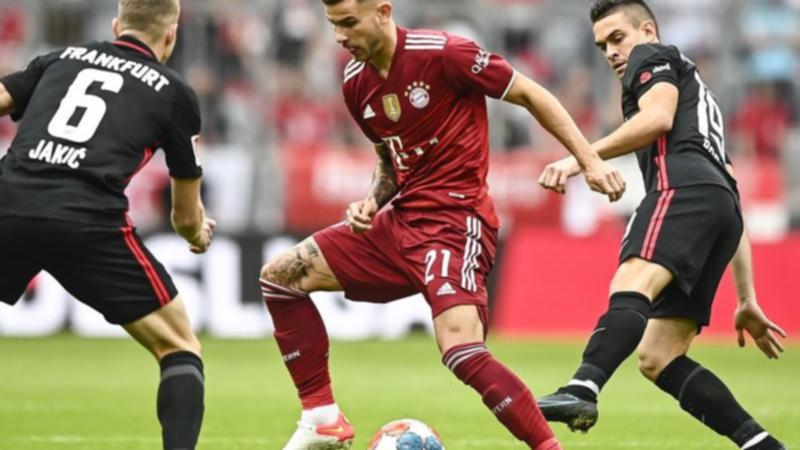 Lucas Hernandez is to play for Bayern Munich in Sunday’s Bundesliga top-of-the-table clash at Bayer Leverkusen, and three days later in the Champions League at Benfica, although he faces a prison term in Spain for violating a restraining order.

“He’s the same as he always is,” coach Julian Nagelsmann said on Friday. “He trained well and he’s part of my plans for the next two games. If he’s healthy, then he will also play both games.”

France defender Hernandez, 25, is appealing against the conviction in a Madrid court on the eve of Wednesday’s game in Lisbon. If the appeal fails, as things stand he then has 10 days to start his six-month prison term.

Restraining orders were originally imposed on him and his girlfriend after a violent argument in 2017 while he was at Atletico Madrid.

They were then caught returning to Spain together after getting married, before the six months were up, and Hernandez sentenced to six months behind bars.

In Spain, restraining orders remain in place even in case of reconciliation in order to prevent any kind of forced reconciliation.

The player is appealing at a higher court. It is reportedly unclear how soon a new court would deal with a case and whether the appeal would spare him from going to jail.

In the Bundesliga Bayern are only ahead of Leverkusen on goal difference.