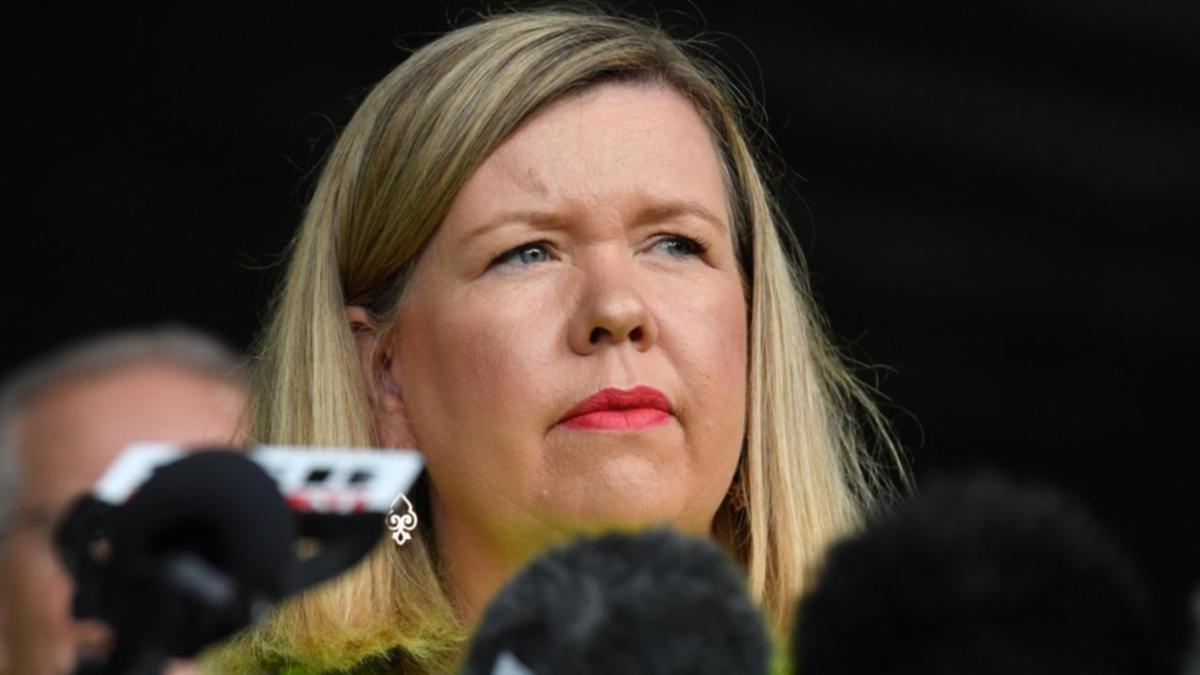 Liberal MP Bridget Archer has denied she is trying to distance herself from the coalition, despite election advertising for her having no mention of her political party.

On the final day of campaigning before voters in the seat of Bass in northern Tasmania go to the polls, Ms Archer has hit back at claims the Liberal Party brand was toxic in the area.

It comes as election advertising for Ms Archer in recent days has been without the Liberal logo and in the colour purple, rather than the usual blue used for the party.

“The fact that people are talking about the purple signs probably means they are doing their job.”

Ms Archer was campaigning at a pre-poll centre in the marginal seat handing out how-to-vote cards on Friday.

The incumbent was at the centre at the same time Opposition Leader Anthony Albanese made a last-minute appearance as part of a three-state blitz on the final full day of the campaign.

She then spoke alongside new Tasmanian Premier Jeremy Rockliff, who advocated for her as a local MP.

“She’s exactly the type of person who needs to remain in parliament to support their community,” he said.

“Honesty and integrity and a sense of genuineness, that is very rare in politics these days, and I’m proud of what she has delivered for us.”

The Liberals hold Bass by a margin of just 0.4 per cent, with the Tasmanian electorate frequently changing hands between the major parties.

Ms Archer said she was not thinking about a potential future stint in Tasmanian state politics, should she lose the seat on Saturday.

However, she declined to state whether Scott Morrison would be the right person to lead the coalition going forward, regardless of the final result at the election.

“At the moment, Scott Morrison is taking us to this election, and my focus is on retaining the seat of Bass in this election.”