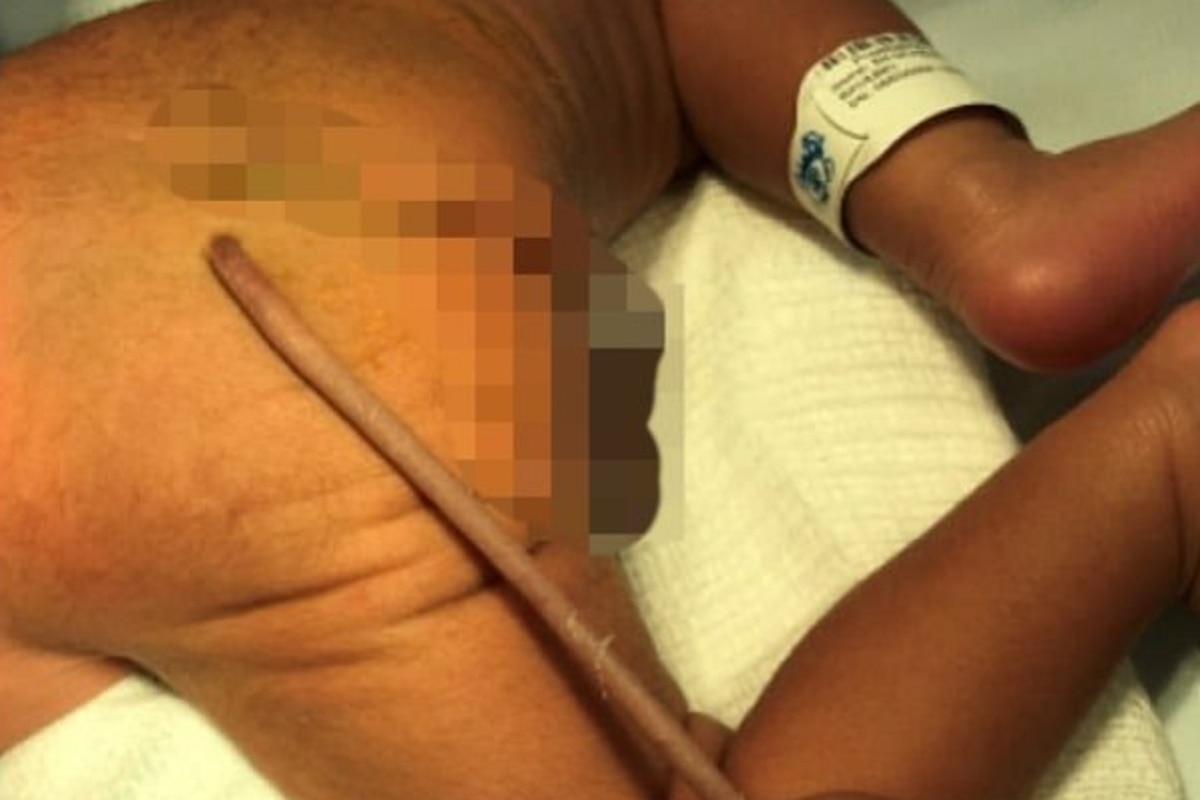 Brasilia: A baby boy was born in Brazil with a 12 cm-long tail with a ball on the end, doctors informed on Saturday and the scientists called it ‘true human tail’. However, the doctors were able to successfully remove the ‘chain and ball’ after surgery. As per media reports, the baby was born at the Albert Sabin Children’s Hospital in the city of Fortaleza.Also Read – Massive Alligator Attacks Swimmer & Bites His Arm, Video Leaves Twitter Horrified | Watch

The doctors have released the image of the baby and it is published in the Journal of Pediatric Surgery Case Reports. The image showed how the appendage had a ball-shaped mass at the end. Also Read – Meet 1-Year-Old Briggs Darringto, World’s Youngest Travel Influencer With Over 30K Followers | Watch

The baby was born prematurely at 35 weeks with no complications, but initial assessment of the child revealed the tail and ball growth on the end. Also Read – Heard of Coca-Cola Lake? Read Interesting Facts Here

After an ultrasound scan was done, it revealed no concerns relating to the tail being attached to the baby’s nervous system. The surgery had no complications but no details of the boy’s recovery was given.

However, before conducting the surgery, the doctors examined and noted the tail contained no parts made of cartilage and bone. The growth in the baby was actually a very rare example of a true human tail, they said.

The doctors said the case was extremely rare as there have been only 40 documented cases of children being born with true boneless tails.