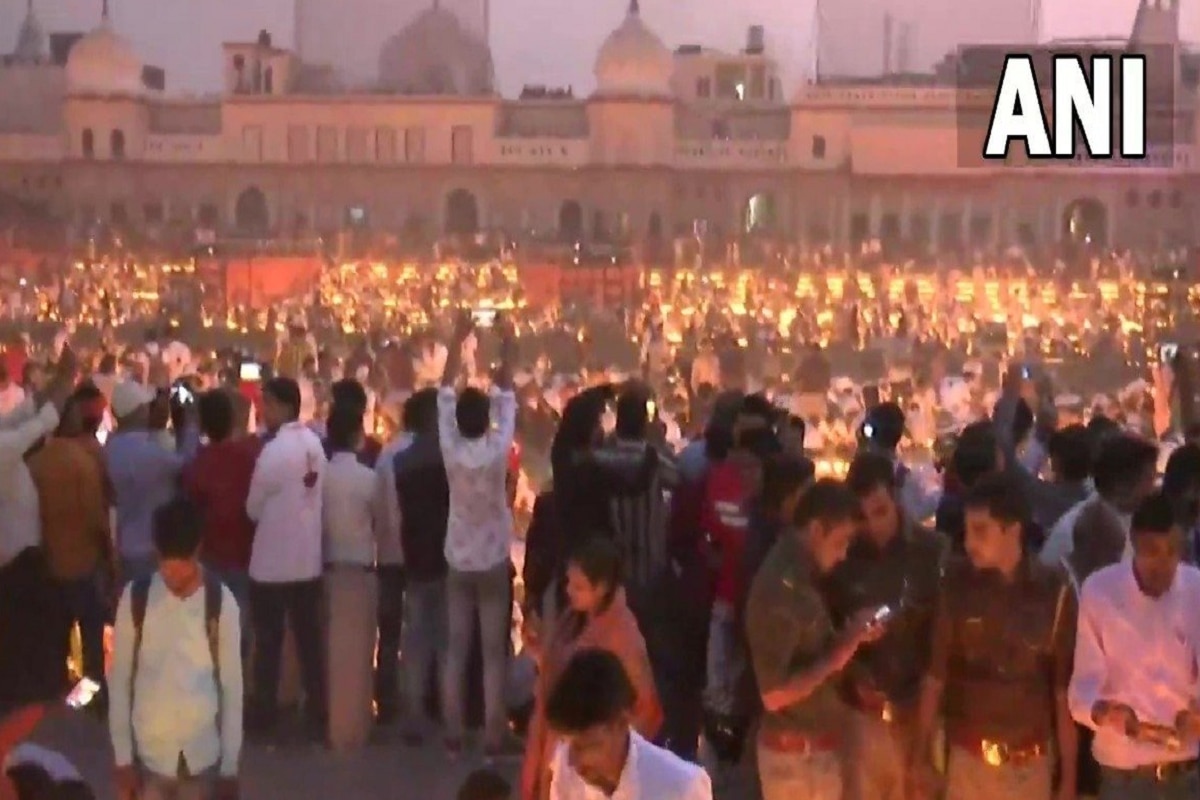 Diwali 2021: Known for grand celebration on the occasion of Deepotsav 2021, Ayodhya on Wednesday created Guinness World Record for lighting the maximum number of earthen lamps. This time, over 9 lakh diyas were lit up on the banks of the Saryu.Also Read – Jammu and Kashmir: PM Modi To Celebrate Diwali with Army Jawans in Rajouri

Taking to Twitter, IAS officer and Director of Information and Public Relations, Uttar Pradesh, Shishir shared a photo of the Guinness World Record certificate. The certificate from the Guinness World Record mentioned that the largest display of oil lamps had been achieved by the Department of Tourism, Government of Uttar Pradesh, and Dr Rammanohar Lohia Avadh University. Also Read – Bank Holiday Alert: Banks to Remain Closed For 4 days in These Cities From Thursday | Complete List Here

It must be noted that the state had last year set a record by lighting 5,84,372 diyas. Before the record was created, several teams from Sri Lanka and Delhi performed in Ayodhya at an event attended by Chief Minister Yogi Adityanath.

Earlier, Chief Minister Yogi Adityanath had said that Uttar Pradesh government will light 12 lakh earthen lamps, nine lakh of which will be lit on the banks of the Saryu, bettering the previous Diwali record.

According to the government, the staging of Ram Lilas, a 3D holographic display, laser show and fireworks will be part of the five-day-long celebrations.

A cultural group from Sri Lanka has been invited to stage the Ram Lila while a series of literary and cultural activities will be held from November 1 to 5, the state government has said.