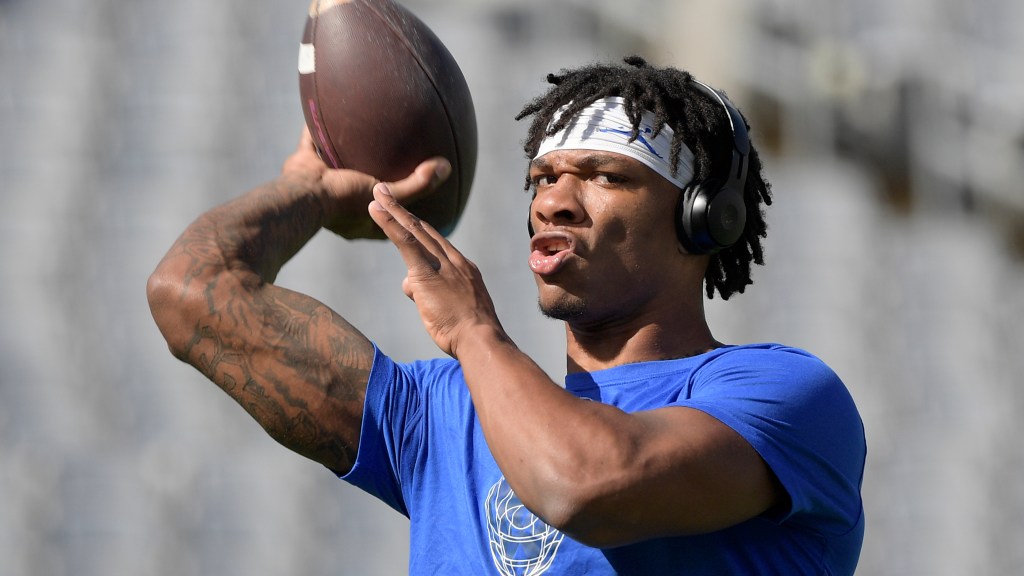 Florida is expected to be without Anthony Richardson when it faces UCF at the Gasparilla Bowl on Dec. 23 after the quarterback confirmed a report by The Gainesville Sun that he recently underwent a procedure on his right knee.

Richardson said that he tore his meniscus in high school and never allowed it to fully heal in a reply to a post by All Gators on Instagram. He tweaked it earlier in the year in a dancing injury that kept him out of the matchup against South Carolina and then tore it off the bone playing against Florida State.

The knee surgery has Richardson in a soft cast and he’s been seen using crutches. Emory Jones should be under center for Florida against UCF with freshman Carols Del Rio-Wilson as his backup.

Richardson had a few incredible games to start the year, but turnovers became a problem as the redshirt freshman found himself playing against teams such as Georgia later the year. Still, his explosiveness was enough to earn him a spot on the SEC All-Freshman team.

Florida could have its next great quarterback on deck if Richardson can stay healthy. He missed time earlier in the year with a hamstring injury and has played through discomfort in the past.

Repairing a nagging injury is the first step to getting a healthy AR-15 back on the field for Florida. Richardson missing the bowl game to focus on long-term health might hurt the Gators in a few weeks, but it will help them next season when they need him most.