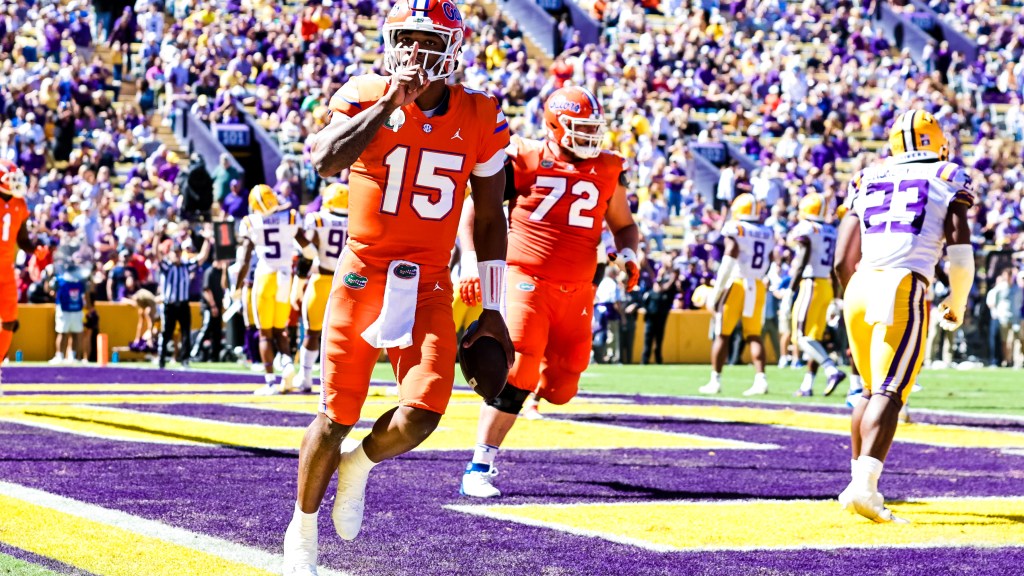 Man alive, what a game we have going on in Baton Rouge as the Florida Gators and LSU Tigers battle back-and-forth in an offensive onslaught nobody predicted ahead of Saturday’s tussle. After a first half that was dominated by the home team — but salvaged by a last-second Hail Mary pass by Emory Jones as the second quarter expired — the second half has seen the Orange and Blue pick up the pace with the ball.

The biggest reason for this turn of events has been backup quarterback Anthony Richardson, who replaced Jones after tossing his second interception of the game and marched the Gators downfield for three straight touchdowns; unfortunately for Florida, LSU continued to match them score for score.

Richardson made it four straight with yet another drive downfield, but this time he missed a few plays due to a minor finger injury. Jones rotated in to keep the drive going on a third-and-long play, before giving way back to the redshirt freshman, who found Jacob Copeland in the endzone for a 33-yard touchdown strike. Take a look at this beautiful pass below.

Anthony Richardson with one hell of a touchdown pass to Jacob Copeland to tie the LSU game pic.twitter.com/E0qbEZtLcW

The score tied things up at 42 apiece with 9:14 remaining in the game. The tug-of-war continues and it looks like this one will come down to the final possession — as SEC matchups are wont to do.