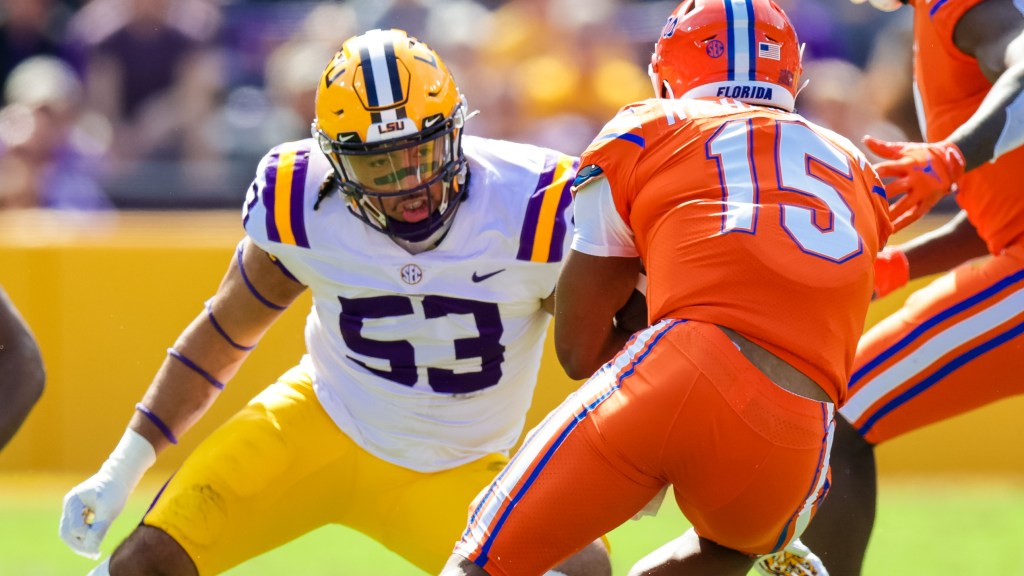 It has been a rough one in Baton Rouge for the Florida Gators as the LSU Tigers continue to torment UF’s quarterbacks, snagging three interceptions en route to 21 points as a result. Emory Jones tossed a Hail Mary to Justin Shorter as time expired in the second quarter to pull the game to a 21-13 but then score before tossing the third pick of the game on his first throw of the second half that pushed the score to 28-13.

On the ensuing drive, Dan Mullen put Anthony Richard at the helm who promptly marched his team 75 yards downfield for a touchdown and a two-point conversion to make it a one-score game. Take a look at Richardson’s touchdown-scoring draw play below.

There’s my guy Anthony Richardson who then runs it in for the 2-point conversion. Let’s go @GVOaant! pic.twitter.com/yJCJBUJJ4d

Unfortunately, the Tigers bit back with yet another big play, as Tyrion Davis-Price ran one up the Gators’ gut for a 40-yard touchdown to up the score to 35-21 just five minutes into the second half.