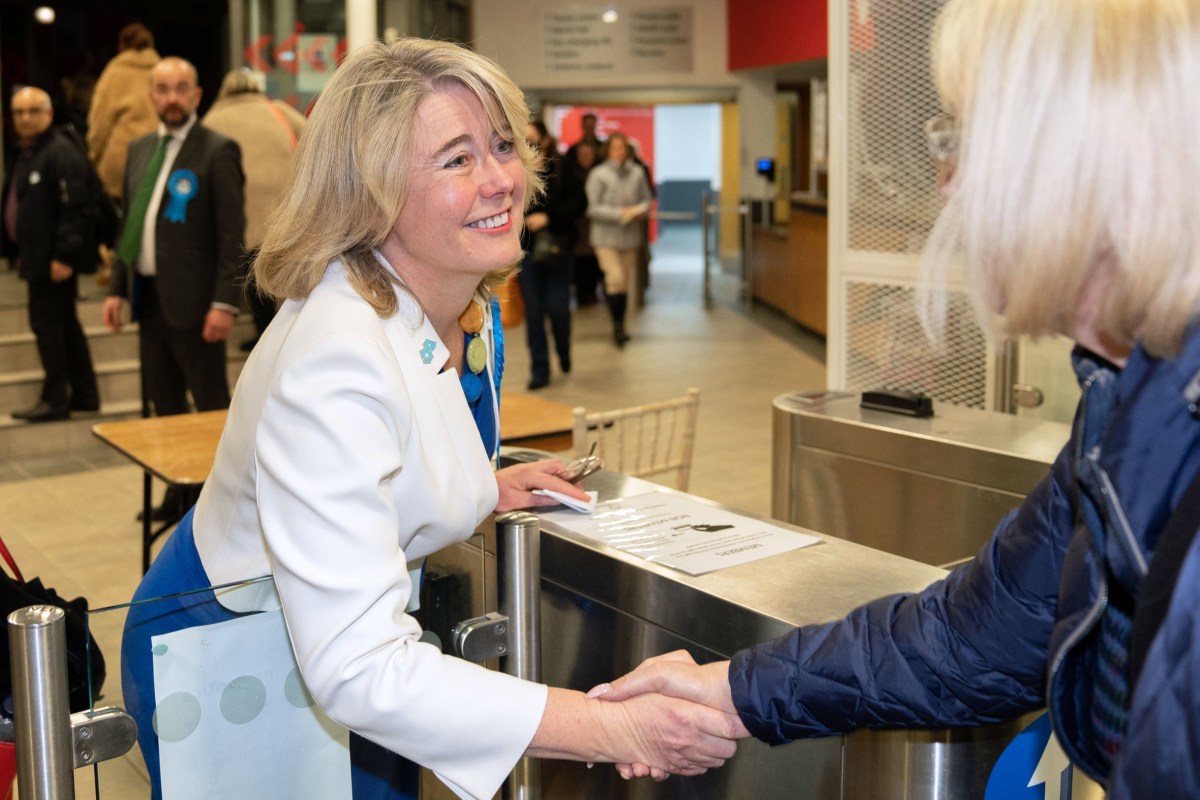 THE Conservatives have held on to the seat of Southend West in Essex following a by-election triggered by the killing of Sir David Amess.

Tory candidate Anna Firth ran out as a comfortable winner with 86% of the vote.

The vote was held after veteran MP Sir David was killed at Belfairs Methodist Church in Leigh-on-Sea, Essex, on October 15 during a constituency surgery.

The 69-year-old, remembered as “one of the good guys” in British politics, served Southend West since 1997, and Basildon before that since 1983.

In the early hours of Friday, Ms Firth vowed to “work tirelessly to build on everything” achieved by Sir David during his lengthy tenure.

In her victory speech, she praised his widow Lady Amess, adding that she recognised it was a “sad and painful day” for his family.

Labour and the Liberal Democrats, along with other mainstream political parties, chose not to partake in the by-election as a mark of respect.

Jason Pilley of the Psychedelic Movement came second with 512 votes. UKIP’s Steve Laws was third with 400.

There were 1,084 spoilt ballot papers.

Ms Firth told supporters: “It is the honour of my life to represent the people of Southend West and the place where I was born.

“Tonight I pay tribute to Sir David Amess who represented this seat for more than 24 years and was a passionate advocate for Southend West.

“He was a friend to all and had a huge impact on everyone who lives here.

“For Sir David’s family and his friends tonight will be a sad and painful day and I would like to pay tribute to Lady Amess and their children.

“We are thinking of you tonight.”

Ms Firth vowed to “work tirelessly to build on everything” her predecessor Sir David Amess achieved.

Southend was granted city status after his death, a goal the late MP fought for tirelessly throughout his career.

Ms Firth paid tribute to the political parties who “marked their respect to Sir David by not contesting this by-election”.

She said: “It is inspiring to see politicians coming together from across the political divide to respect a great man and a great parliamentarian.

“It is the honour of my life to represent the people of Southend West and the place where I was born.

“As your Member of Parliament, I will work tirelessly to build on everything he (Sir David) achieved.”

Ali Harbi Ali, 25, of Kentish Town, North London is due to stand trial for the ‘terror-inspired’ murder of Sir David next month.