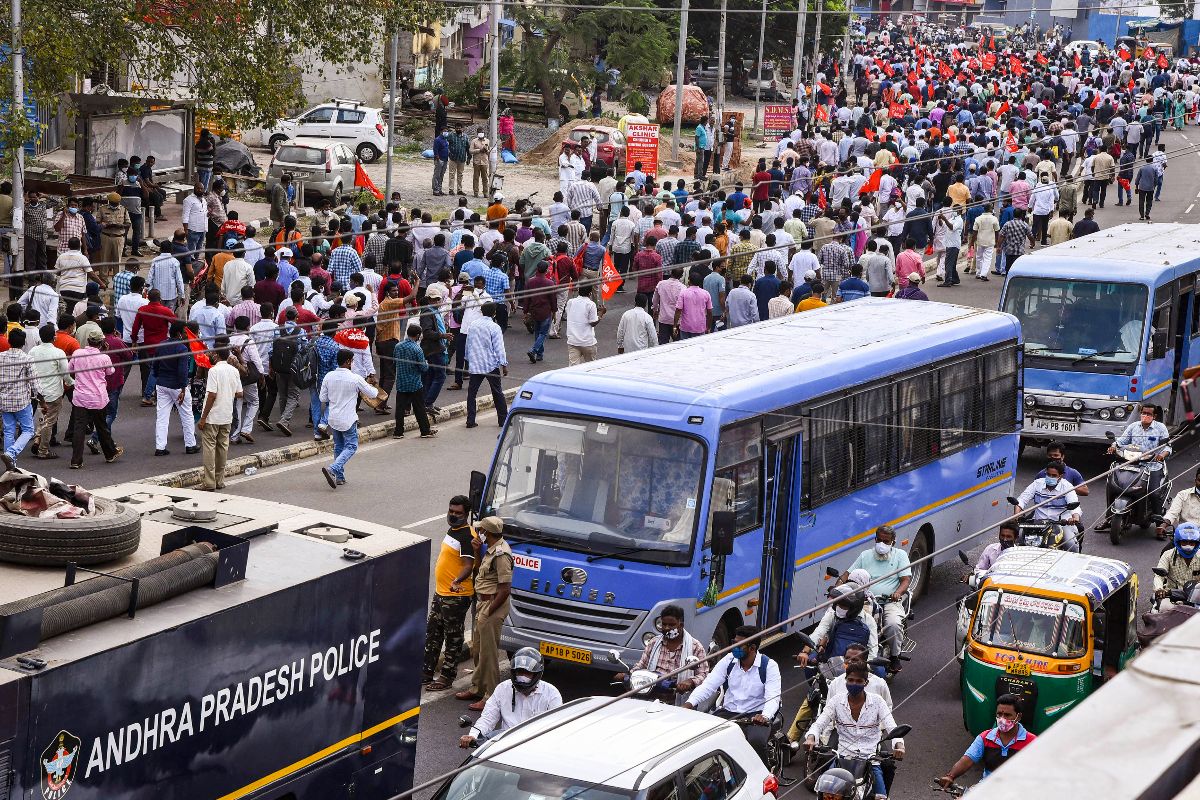 The chief minister is understood to have asked the DGP if some sections within the police force cooperated with the unions of employees and teachers. Also Read – Andhra Pradesh Extends Night Curfew Till Feb 14. Timings And Exemptions Here

The massive turnout of employees, teachers and pensioners for the protest despite lack of permission from police and the restrictions imposed to foil the march has rattled the state government. The chief minister has reportedly taken serious note of this. Also Read – Andhra Govt Brings Ordinance To Raise Retirement Age Of Govt Employees To 62 Yrs

A sea of humanity was witnessed on BRTS Road in Vijayawada as thousands of employees managed to reach the city for the protest demanding higher pay revision.

This is being seen as a failure of intelligence setup as a massive gathering took place despite the restrictions imposed on all routes leading to the city.

The DGP’s meeting with the chief minister at the latter’s official residence in Tadepalli here lasted for about half-an-hour.

The police chief is understood to have explained to the chief minister how the employees reached Vijayawada in disguise ahead of the protest and took the police by surprise.

The chief minister is believed to have given instructions to the DGP to avoid recurrence of such incidents.

PRC Sadhana Samithi, an apex body of the unions of employees and teachers, had called for ‘Chalo Vijayawada’ to press their demand for revoking a Government Order, fixing new pay scale as per the 23 per cent pay revision announced by the chief minister last month.

Alleging that there was downward revision of their salaries as a result of the new scales, the employees are demanding that they be paid salaries as per the old scales.

He claimed that Vijayawada never witnessed such a protest and alleged that the state government is trying to ignore it as if nothing has happened.

The steering committee of unions held a meeting on Friday to chalk out a future course of action. They reiterated the demand that the government rollback the GO and make public the report of Pay Revision Commission (PRC).

Meanwhile, the employees are gearing up for an indefinite strike from the midnight of February 6. As part of their protest, employees began apen down’ in the state secretariat on Friday.

With Saturday being a holiday, the employees shutdown the computers, affecting the functioning of various departments.